Robert Plant turns 67 today and he’s not even ready to put a down payment on a stairway to heaven. Happy Birthday! And we salute your 45-year commitment to long locks. You look like an elder statesman from House Greyjoy.

You have to admire the effort here.

I’m not enough of a scholar to answer the first question accurately, but it may surprise you to hear that I agree with The Donald on his basic point: If you come to this country illegally and have a child here, I don’t believe that progeny is any more of a legal citizen than you are.

Now, as to what to do about it, I’m not sure (My top idea is to put a large velvet rope around the border and to initiate a password). And as to calling some illegal aliens “good ones” and “bad ones,” that’s not my cup of tea. And finally, to argue that America is going to hell in a basket of hands while also arguing that we need to keep out all these (brown-skinned) foreigners who’ll risk anything to be here is, well, can’t you see, a little bit disingenuous.

Buuuut….I do agree with the Donald that you shouldn’t be able to come here illegally, give birth, and call that offspring a U.S. citizen. If you steal a car and then get in a car accident, I’m not sure you should be able to sue the other person involved in the collision, either (Is that a poor analogy?).

Anyway, please clip and save for when all the tweeps criticize me for being a liberal. Putting the OU in OUCH

If you’ve played almost any level of organized football (and not received a participation trophy), you are familiar with the Oklahoma Drill. It’s where cockfighing and Thunderdome meet the gridiron.

I always felt there was a little coaching bloodlust and sadism to the drill, but I also recognized that there was no quicker way for a football coach to separate his necessarily violent players from his, well, wusses. Anyway, my old pal from SI, now at ESPN, David Fleming, wrote a wonderful piece about both the history and the importance of the Oklahoma Drill (which, yes, was developed in Norman). Highly recommended for any football fan.

3. Antarctica: The Next Saudi Arabia

Oil and water may not mix, but if you’ve been watching the financial markets lately, they pretty much cost the same now. Actually, water is cheaper.

Look. This is the price of a gallon of Poland Spring water (I understand that tap water is free): $3.16 (it’s very Biblical). And this is the national average price this week of a gallon of gas: $2.72.

What does this mean? It means that the first country to plant a flag in Antarctica may become the overlords of the 21st century. Yes, there is a U.N. treaty forbidding any one country from claiming ownership, but when has that ever stopped anyone (pilgrims, hint hint)?

Jared Fogle, who earned millions as the Subway pitchman, once was famous for losing weight. Now he’s famous for losing his dignity. The details are in this story but Fogle, 37, who was married bought child pornography and traveled to NYC to have sex with underage teenage girls multiple times.

He’s going away for at least five years.

Yesterday afternoon Subway put out tweets informing consumers that “Jared Fogle’s actions are inexcusable and do not represent our brand’s values. We had already ended our relationship with Jared.”

I mean, I understand WHY they posted that tweet, but did anyone really wonder whether or not Subway endorsed this behavior the way Fogle endorsed their sandwiches?

By the way, I’m on Team Jimmy Johns. 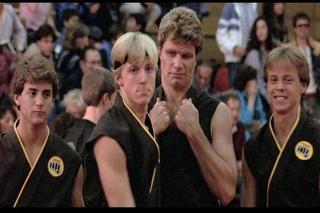 There’s a huge, huge realm of middle ground between the Cobra Kai and participation trophies. No one ever made an inspirational film a about a kid who sits on the couch picking boogers and watching Phineas and Ferb (although maybe someone should?)

So this story appears in Deadspin yesterday, and so I feel compelled to make a few more points.

I used to play my dad one-on-one in basketball every day of the summer. Every freaking day. At the time he was 50 and I was 20 (I am not making this up; he even let me win a few). Also, it was Tempe, Arizona. Outside. We still played.

2) Do not equate James Harrison taking a playoff paycheck when his Steelers lost to a PT. Why not? Because that loser’s share is his payment for the game. NFL players receive 16 paychecks per year, one per regular season game. They get no extra “salary” for playoff games other than those winners’ or losers’ shares. False dichotomy.

3) If you want to give your kid a PT, fine. Great. Go ahead. At the same time, myself and my friends have just as much a right to say we think there’s a better way. To each his or her own.

4) If you don’t want to rush your kids out of childhood, maybe delay their entry into organized sports. Yes, there is a TON wrong with organized sports for kids, starting with the fact that parents and adults are transferring their own egos onto how well a team performs. Got it. But maybe if your kid would rather pick dandelions than play right field, then he shouldn’t be in right field in the first place.

5) I honestly believe, and someone tweeted this to me last night, that you’d do your child a bigger service giving him or her piano or guitar lessons than hitting grounders to him. In terms of setting him or her up for adulthood. If it’s either/or, give me music.

6) I really should have a kid.

7) And lastly….the title of that Deadspin piece is “(Bleep) Winning.” Which, I hate to sound like Donald Trump, is exactly what losers say. Your 6 year-old does not need to be a “winner.” But does he or she need to be fooled into believing they’re a winner when they’re not?

Deadspin was built upon the page views of readers (and writers) whose envy of big-time athletes was extremely thinly-veiled. They’ve always been the cowards who snickered in the lunch room at the popular kids but never had the nerve to say it face-to-face.

For me, the single-most important moment in the history of that site was when Buzz Bissinger looked Will Leitch in the eye and said, “I gotta be honest, I think you’re full of shit.” And I like a lot of Will’s writing, but Buzz nailed it: Deadspin’s aim back then was not to bring fans closer to athletes, it was to humiliate athletes so that they could feel better about themselves.

Deadspin often does some tremendous stuff. Yesterday’s piece on Notre Dame and its campus cops was spot-on.

I had to watch that Eagles documentary last night. Again. Why? (note: Glenn Frey can be seen wearing two different Notre Dame shirts in the doc, even though he is a Motor City native). Beautiful harmonies (“Take It Easy”, “Peaceful, Easy Feelin'” and this sone) and great writing (listen to the lyrics here) are the reasons this band became a mega-phenomenon. They kinda come across as, except for Joe Walsh, guys you’d not necessarily ant to share a private jet with all the time, though. But they did know how to write hits.

This 1975 tune hit No. 2 on the Hot 100 Billboard chart and No. 8 on the Country chart –that’s so Eagles — and won a Grammy for Best Pop Performance by a Group.

Tonight they’ll spoof Grey Gardens, but in a future episode they’ll actually have fun with the aforementioned Eagles doc. Now that will be fun.

Bill Hader and Fred Armisen spoof classic docs, co-written and produced by Seth Meyers. With tongue-in-cheek intros from Helen Mirren ( <–Uber Cougar). What’s not to like?