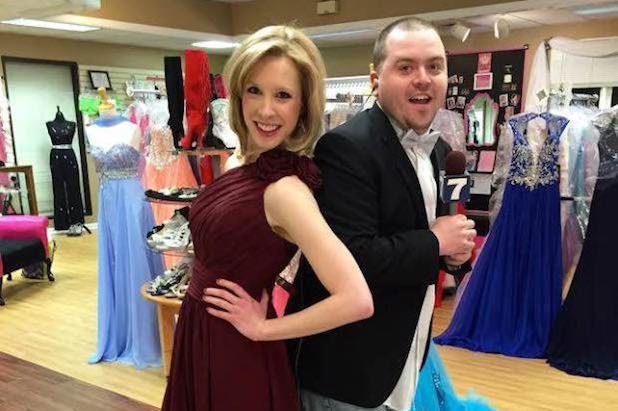 I struggled with the above photo. Just three days earlier I chastised (have you noticed I do a lot of chastising? I have) CNN for blacking out the portion of the Hunter Hawker crash where the plane actually touched down –and ended people’s lives.

And so, yes, I could’ve led the way the New York Daily News or New York Post are doing this morning. The difference is that the killer is manipulating me here. That’s exactly why he shot the scene on video. He knew he wouldn’t be around to see this morning’s newspapers.

Two more things. Even though the man who took the lives of Alison Parker and Adam Ward was not wearing one, we have entered the GoPro-to-Facebook-and/or-Twitter Social Media Murder Age. Welcome, all.

Lastly: You can talk about guns, or mental illness, or depression. They’re all part of the problem. But never forget: some people are just evil. Some people are just bad. They’re assholes. And it’s not always a matter of, Well, if someone had loved them better as a child, etc… We often look for reasons as to why someone could be so malevolent. Sometimes, it’s just their nature.

Watson had some terrific insights on yesterday’s tragedy

Fortunately, however, they are always going to be outnumbered by decent people. People like Jaye Watson, an Atlanta-based on-air person who typed these words yessterday. 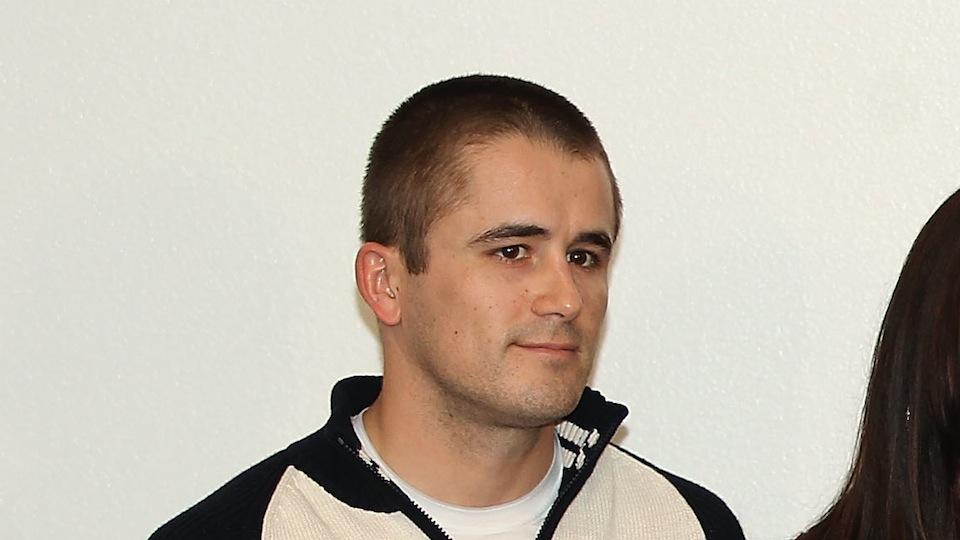 *The judges will also accept “That Little Devil”

You’re 33 years old and the running backs coach at Arizona State. Your dad, who is 50, is the head coach of a that program, which is ranked No. 15 in the preseason AP poll. And then, two weeks before the Sun Devils’ first game, you resign.

The word in Tempe is that Bo Graham had a relationship with a student athlete (I’m hearing a gymnast, who has since graduated), that that is against ASU’s by-laws no matter the age of the student-athlete, that Todd Graham told his son to cut it out, and that Bo went all Johnny Paycheck on his father.

Not that Graham or ASU had shed any light on the details of Bo’s resignation. Former Sun Devil QB Rudy Carpenter tweeted out a cryptic message when the news broke:“Not a good idea 4 college coaches to get caught with students or student athletes. OUCH.” So Rudy’s going to have to wait a little longer before the Sun Devils retire his number.

Tough position for Todd Graham to be in, but one that he helped Foster by hiring his son. In 2007 and 2008, Bo was the running backs coach at his dad’s school, Tulsa, but then left to be the offensive coordinator at Tulsa Central High School (anyone see a pattern developing?).

To Bo’s credit — and Todd’s — Tulsa did lead the nation in total offense those two seasons.

This piece, by Paola Boivin of the Arizona Republic from two years ago, is illuminating as to the father-son dynamic at play here.

Is Bo’s transgression as insidious as, say, Auburn maintaining a bogus major (Public Administration) just so football players can remain eligible? Well, no. But it’s more intriguing because it’s all cloak-and-dagger in Tempe at the moment. Oh yeah, and sex.

The word from Bautista is, or at least was, mum.

If you haven’t heard, Toronto Blue Jay All-Star Jose Bautista is refusing to speak to Sportsnet, the network that airs their games. The oddity? Both the Blue Jays and Sportsnet are owned by the same company, Rogers Communications.

What’s the problem? Back in May Sportsbet took out a Blue Jay rookie, Devon Travis, for a fluff segment that would show Travis purchasing a suit. It was the network’s idea, but it was Travis who was stuck with the $600 bill. Bautista that that was, in the words of another baseball idealist from an earlier era who also was very protective of a teammate, “Cruddy.” 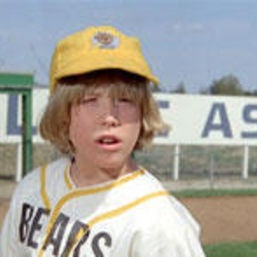 Tanner Boyle was alos beloved for sticking up for his teammates, although I doubt Lupus ever went to Brooks Brothers

Sportsnet, as its defense, claimed that it did not pay for the suit because it did not want to give off the appearance of having a conflict of interest. You’re way past the “appearance” stage if you work for the same people who own the team that you are covering.

Update: Joey Bats has ended his boycott. Did someone at Rogers finally spring for Travis’ suit? I hope so.

*Thanks to our Canadian correspondent, Moose, who insists that you will not find her email address on the Ashley Madison hack list.

Yes, a repeat (“See what he did there?”), but I really, really enjoyed speaking with legendary Yes guitarist Steve Howe for this piece in Newsweek. When I first contacted Yes’ management on the Isle of Man or Isle of Wight or one of those cool isles, I sent an email. About an hour later I received a phone call…from Steve Howe himself.

We spoke for hours. He’s a truly funny, self-effacing genius. If you pay attention to “Your Move/All Good People” you’ll note that he plays two very different guitars on the same song and at least three different styles. He truly is a Wizard of Guitar.

5. Justin, Just Out Of Luck

Against a lineup that featured future Hall of Famers Albert Pujols and Mike Trout (okay, sure, I’m projecting, but I’ll go out on that limb), Justin Verlander pitched eight no-hit innings last night. The Tiger ace allowed a leadoff double in the ninth, meaning that he is stuck on two career no-hitters.

–Corcoran hurled all of his no-hitters before Ryan, Feller or Koufax were born. His three came between 1880 and 1884, all for the Chicago White Stockings (the future Cubs, NOT White Sox) at Lake Front Park.

–Verlander would have joined Koufax as the only pitcher to win both the league MVP and a Cy Young award. He would’ve also become the first pitcher to hurl three no-no’s and sleep with an SI swimsuit issue cover model.

Corcoran went on to a lucrative career as the spokesperson for W.B. Mason

–Koufax won 3 Cy Youngs and Verlander has claimed one. The award did not come into existence until 1956, which is why Corcoran, Feller and Young never won one. Seems kind of unfair: Tommy John can have Tommy John Surgery, Lou Gehrig can have Lou Gehrig’s Disease…but Cy Young cannot win a Cy Young Award?

–Who threw the most one-hit games? I’m glad you asked. It’s a tie between Ryan and Feller, “The Heater from Van Meter,” at 12.

— Corcoran, despite going 43-14 in 1880 and having three other seasons in which he won at least 31 games, is the only one NOT in Cooperstown. Career record: 177-89. Corcoran was also an ambidextrous pitcher.

Leave It (A Cappella)

My personal favorite Yes tune –Yes, I’m jonesing on Yes — and here is the version that only appeared on the B-side of a single. Also, here’s a kickass amateur version by the UCLA Scattertones (Rule 73: Don’t laugh out loud or clap DURING an a cappella performance; it’s not about you). Highly competent college a cappella here. They could take on the Bellas — and the Trebles.

Go outside and play. There’s nothing on.