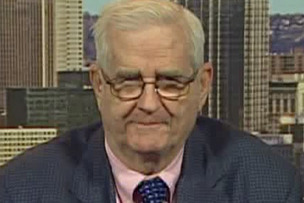 Beano Cook was born 84 years ago today. As game week is here, it feels right to remember him….

Remembering you left your phone charger back at the hotel. Damn!

1. The Daily Harrumph: League of Denali*

*The judges will also accept “Fit of Peak”

So, are POTUS’ opponents making a mountain out of a molehill (that, as you can see above, is clearly not a mole hill), or is he simply trolling FOX News to new, um, heights by renaming America’s tallest mountain Denali (it does happen to sit in Denali National Park) and relieving it of its former name, Mount McKinley?

And, oh God, what does Sarah Palin think of all this?

McKinley: “Well, it IS good go to be in the news again, but I’m the second guy over 50 to have his photo in MH today and we aren’t even to the 2nd item yet. What gives?”

Well, here’s all that I know: this week POTUS will become the first sitting U.S. president  to visit the Arctic in hopes of showing those of us overly concerned with our Fantasy drafts and whom Taylor Swift will next invite on stage that climate change is very real. As a nod toward that, he’s formally changing the name of the 20,230-foot peak to Denali, the indigenous Athabascan name that most Alaskans have long called it, and away from the name of the third U.S. president to be assassinated.

I’m sure all the usual people will find a reason to decry this move (Obama hates white people), and all the other usual people will find a reason to substantiate it (this is the name Alaskans have long called it). There’s nothing like hearing a bunch of folks who’ve never been somewhere and have no intention of ever going argue about what that place’s name should be. 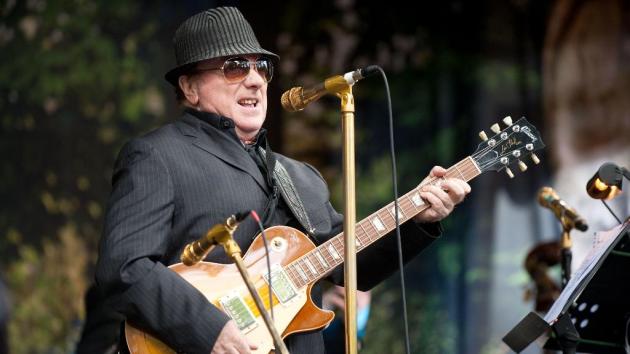 Precious Time may be slipping away, but (Cara) Van knows how to enjoy it….

To celebrate his 70th birthday, Van Morrison came home. To Belfast. He played two shows on Cyprus Avenue, the street he immortalized in song on his 1968 classic album, Astral Weeks. See, that’s the big difference between Morrison and his Irish counterpart, Bono. His streets DO have names. 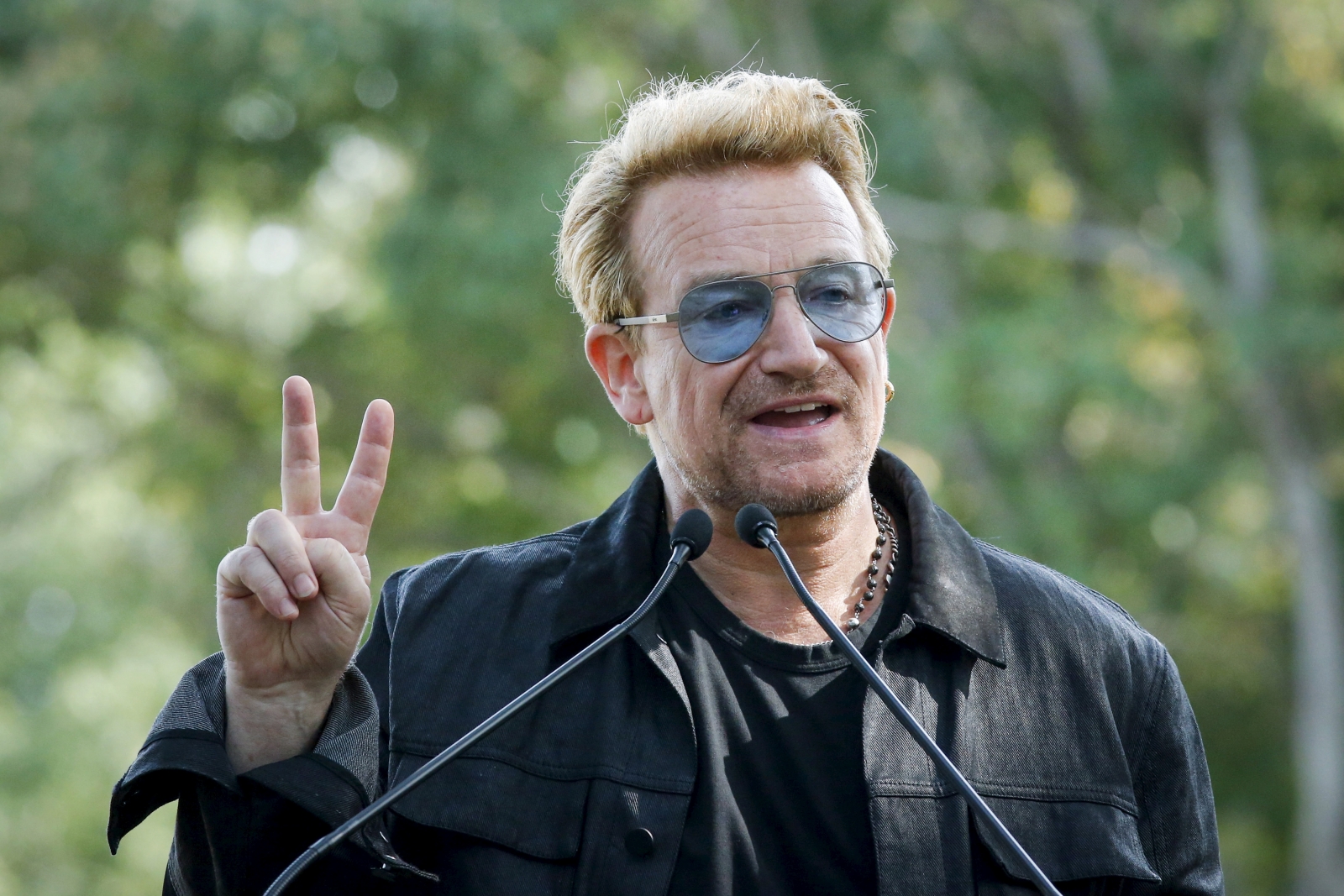 Bono signaling how many billion he would like to be worth….

Speaking of Bono, it was announced that he is now a billionaire and the world’s richest pop star (What about Dr. Dre? Or is he not “pop”?). Six years ago Bono’s investment group   — yes, you read that correctly —Elevation Partners, purchased a 2.3% share of Facebook for $86 million. Its current valuation is $1.5 billion (he is more than Dublin down on that bet),

Facebook has made Bono more scratch in the past six years than all of U2’s album sales and touring have in 35-plus years. If he still hasn’t found what he’s looking for, it’s only because he’s searching in all the wrong places. 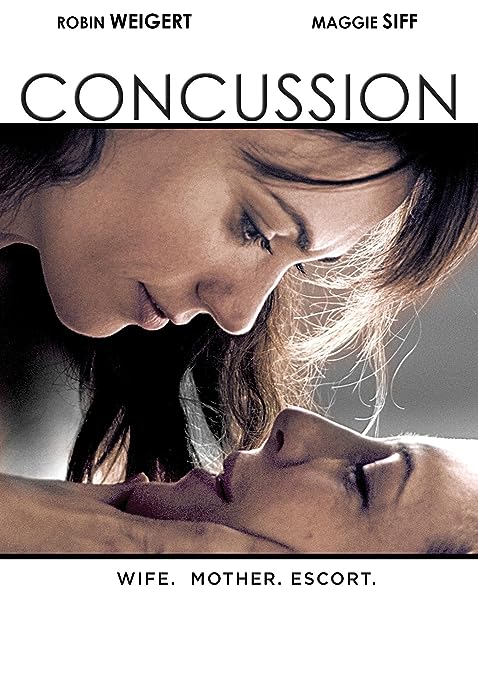 Wait a second… Is THIS the film we’re talking about?

The movie Concussion will be released on Christmas day. Sports Illustrated had EXCLUSIVE footage of the trailer for at least three hours yesterday (a moratorium that I’m not sure other websites even honored but, hey, ask forgiveness not permission, right?). 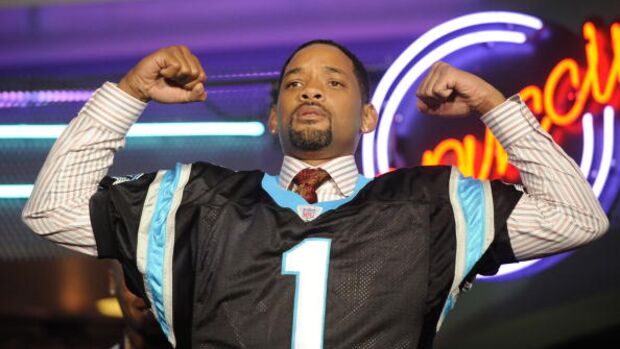 I don’t think that this is a scene from the movie, either. I could be wrong. I often am.

The NFL reminds me a lot of Lucky Strike in 1960. It knows its brand is wildly popular even though it also brings about an earlier grave for far too many who play it. Roger Goodell needs to just walk into that pitch meeting with Sterling Cooper and hear someone tell them to stop denying it or apologizing for it. “The NFL: It’s Toasted!”

People still smoke. And people will continue to play football (just like people continue to sit in the upper deck of Turner Field, even though that can also be dangerous).

I’ve attended many games at Notre Dame Stadium. It was never louder there than at this moment, Zibby’s punt return. The play that showed Notre Dame could compete with USC’s naut of jugger.

A tremendous read on former Notre Dame safety Tom Zbikowski by Mike Vorel of the South Bend Tribune. A couple of personal memories: on my first trip to Notre Dame as an employee of NBC Sports, during the summer of 2006, I was asked to bring along a younger colleague (a good guy, he’d worked with me at SI on Campus).

So, we have somewhat unfettered access to ND players as we are NBC, and this is also Brian Hardin’s first summer as the football SID. And so I am off interviewing Darius Walker and the younger guy is talking to Zibby. And his first few questions are all about what bars Zibby visits during the summer in South Bend. And suddenly there’s a commotion and I think if it weren’t a media member, boxer Zibby would have KO’d him.

Instead, Hardin intervened, I tried to play diplomat, and it was all very awkward for awhile. Thinking back, my colleague had probed a point that even he didn’t know how sensitive Zibby was about it.

Zibby was perhaps not the most gifted player of the Charlie Weis era (Kyle Rudolph? Michael Floyd?), but he’s probably the favorite. Plays such as this helped. And I like what Jason McIntyre added here.

Another friend, Tim Ring, did some research this week and came up with this stat. Tom Zbikowski, 7 career touchdowns in college (two each at least by fumble, INT, and punt return). Charles Woodson, 1997 Heisman winner, 4 career TDS.

Zibby, by the way, should have had 8. His best TD came on an interception return-double lateral right before halftime versus Stanford in 2007 (when both programs were crap), but I believe Trevor Laws was penalized for a personal foul trailing the play. The Pac-12 refs that day, man were they crap. Grange, a former Illini, on Tim Beckman: “What an a-hole.”

Finally, we know you’ve been waiting….here’s our Red Grange Award Watch List. Are you ready? Are you seated? Our Watch List is….EVERYBODY. You should watch every college football player, or at least consider all of them potential winners at this stage. But here are five of my favorites:

3. Trevon Boykin, QB, TCU (honestly, I don’t think he’ll win, but everyone else does, and I’m weak and a follower, as you all know) 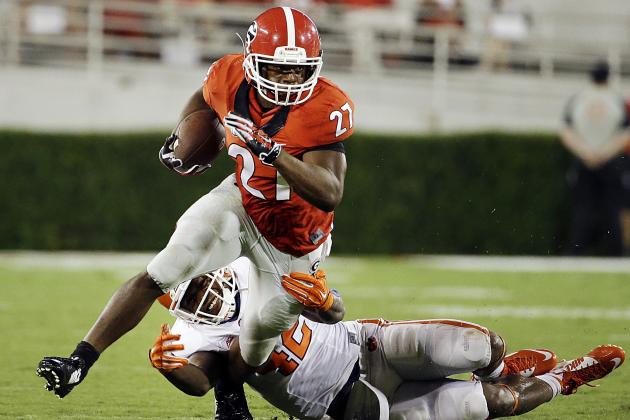 4. Ezekiel Elliott, RB, Ohio State (but will he still be as good having to wear a full jersey?)

Why not begin the greatest month of the year with a little Neil Diamond schmaltz? The 1979 mont peaked at No. 17 and became the Brooklyn native’s 30th Top 40 hit. Neil OWNED the 1970s.

You only have so many precious minutes on this earth. Go ahead and spend 60 of them watching this heaping, flaming pile of crap (or almost anything else the networks currently air in prime time). I am beginning to think that a while ago the heads of programming at ABC, CBS and NBC made a bet amongst each other as to just how bored (and boring) Americans are and who could air the most inane, useless piece of garbage and still persuade people to watch.