The search for intelligence on late-night television is finally over

1. Wake Me Up When September Begins

September 3: First FBS college football game of the season, as the Khaki and Blue of Michigan visit Utah.

September 8: Stephen Colbert makes his debut as host of The Late Show. Excellent profile of the South Carolina native last month in GQ, in which he talks about loss and faith and says, “I love the thing that I most wish had not happened.” If only the show has the sizzling magic of Only in Monroe…

–Also on Sept. 8, Colin Cowherd’s Fox Sports 1 show makes its debut. Now that was a quickie divorce, wasn’t it? You can tell he’s divorced, by the way, from the dye job in his hair.

Rosen(rosen). Are you sure he’s Jewish (Heyyyy, what’s that supposed to mean?)

So, the UCLA quarterback. A true freshman from the shangri-la-esque community of Manhattan Beach, Calif. A Jewish lad who played at a Catholic high school (though, as he has said, “I’m kinda an atheist”).

Mom attended Princeton (was a classmate of both David Duchovny and Michael Lewis). A descendant of Joseph Wharton, as in Penn’s Wharton School. Dad attended Penn and is now a renowned spinal surgeon (THE Dr. RosenRosen!) and was on a short list a few years ago to be POTUS’ Surgeon General. The parents were national ice dancing champions before they wed.

Dr. Rosenrosen. Can you tell him where the records room is? It isn’t that it’s past Nick Kyrgios’ bed time. It’s just that he’s a little bored by five-set matches, too.

Aussie tennis player — and infamous on-court gossip — Nick Kyrgios says, “No, mate, you keep that Five-Hour Energy drink for yourself” as he power naps during a changeover at the U.S. Open (not to be confused with a Chang-over, for when a certain Asian-American tennis player competed in Flushing). Kyrgios, 20, lost to Andy Murray in four sets and then went back to sleep 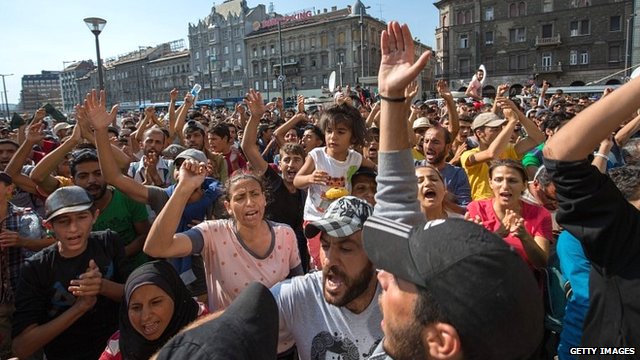 And the script for Hostel 3 writes itself just like that

A couple of thousand migrants/refugees are being detained outside of Budapest’s Keleti station and are being prevented from boarding trains bound to other parts of Europe. Most of them are Syrians, but local officials are trying to figure out how to handle this influx of humans from ISIS-ravaged areas of the Middle East.

In related news, Donald Trump is leading in the polls to become Hungary’s next president. 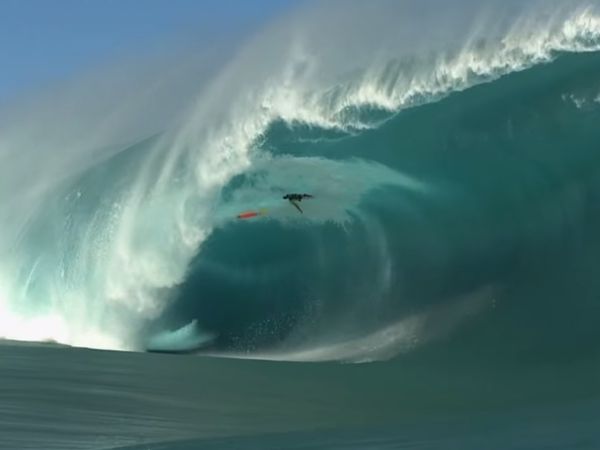 Was this the heaviest wipeout in surf history? Aussie surf mag Liquify thinks so

I honestly don’t understand surfers. And I mean that in an awestruck way, not in a condescending way (for once). That’s Niccolo Porcella, who on July 22nd in Tahiti caught this wave — and then it caught him. Here’s the video.

Not only did Porcella survive this wipeout, but he got right back on his board and sought out the next set. I really need to watch Point Break again and soon.

Life In a Northern Town

No one gets more One-Hit Wonder-ish in the 1980s than The Dream Academy, but what a fantastic and unusual and visual song this “dream pop” trio gave us. The band, two men and one woman — touring must have been interesting — formed in London and their debut album was produced, in part, by David Gilmour of Pink Floyd. This song rose to No. 7 on the Billboard chart in 1985.

Serena is vying to become the first calendar Grand Slam gal since Steffi Graf in 1988. We dare you to get in her way.