I feel as if we need a Joey Heatherton primer for the uninitiated. She appeared on seemingly every Jerry Lewis telethon and at every Bob Hope USO Show in Vietnam. Vixen personified.

Marietta became the first NFL player to throw four touchdown passes in the first half in his debut, like, ever.

The last two Heisman Trophy winners, who met last January in the Rose Bowl — a lopsided Oregon win — met in their respective NFL debuts yesterday. Mariota, for the Tennessee Titans, was 13 of 16 with four TD passes (Fran Tarkenton is the only other NFL player to have thrown four TD passes in his debut, on September 17, 1961, or before the Super Bowl was born, for the Minnesota Vikings).

Winston has now started 28 games, college and pro. He is 26-2 in those starts, with both losses coming against Mariota. The Titans scored 35 points in the first half of their 42-14 win. Last year they NEVER scored more than 28 points in a game while going 2-14.

Winston’s first NFL pass went for a touchdown…for the Titans. Coty Sensabaugh returned it 26 yards for a pick-six.

It’s one game, but Mariota has the league’s top QB rating today with a perfect 158.3 (Tom Brady is in 2nd place and Aaron Rodgers in 3rd; they each have two NFL MVP awards). Winston is in 27th place, but that still puts him ahead of Andrew Luck, Peyton Manning and Joe Flacco (in 31st; maybe he is not a elite QB, after all?).

2. Kizer Will Helm Irish For Rest of Season The day started out easily enough for Notre Dame redshirt freshman quarterback DeShone Kizer. He was literally kneeling down when he tossed a ball forward no more than three yards to tight end Durham Smythe for a seven-yard touchdown pass and a 6-0 lead (the Irish went for 2 because BK was feeling frisky; it didn’t work out).

(It took me five minutes to figure out how to post that photo, so we’re just gonna have to live with it. MUCHO THANKS to @BobaBettis for the genius photoshoppage) His last throw was a little more stressful. Less than 20 seconds remained and the Irish trailed 27-26. Their starting QB, Malik Zaire, had been lost for the season with a fractured ankle in the third quarter. Kizer, throwing off his back leg, heaved a pass 45 yards in the air that Will Fuller caught for his second touchdown pass of the game — and fourth of the season — as the Irish escaped Charlottesville with a 34-27 win.

Ballgame. Fuller hauls in the winning flag route pass off a double move with :12 remaining

Fuller now has touchdown catches of 39, 59 and 66 yards this season. He’s no longer a secret.

Meanwhile, just like in 2007, Georgia Tech is about to invade Notre Dame Stadium in September against a redshirt frosh QB making his first collegiate start. The Irish QB then — making his last appearance in a Notre Dame uniform — was Demetrius Jones. Notre Dame lost 33-3. This game won’t be that ugly but the Yellow Jackets, averaging about 67 points per game after two games, will be favored now that the Irish have lost their starting running back (Tarean Folston) and quarterback.

Novak Djokovic defeats Roger Federer in four sets in a rain-delayed U.S. Open final, which begs the question as to why they bothered to put a roof atop Arthur Ashe Stadium in the first place. It was exquisite tennis, as the snobs like to say, but Djokovic, 28, is in his prime while Federer, nearing 35 years of age, is not.

Since the start of 2008, when he won his first grand slam title in Melbourne, Djokovic has won 10 of the past 32 men’s grand slam singles titles. Federer, who has 17 overall, has won five in that same span, the last one coming at Wimbledon in 2012. 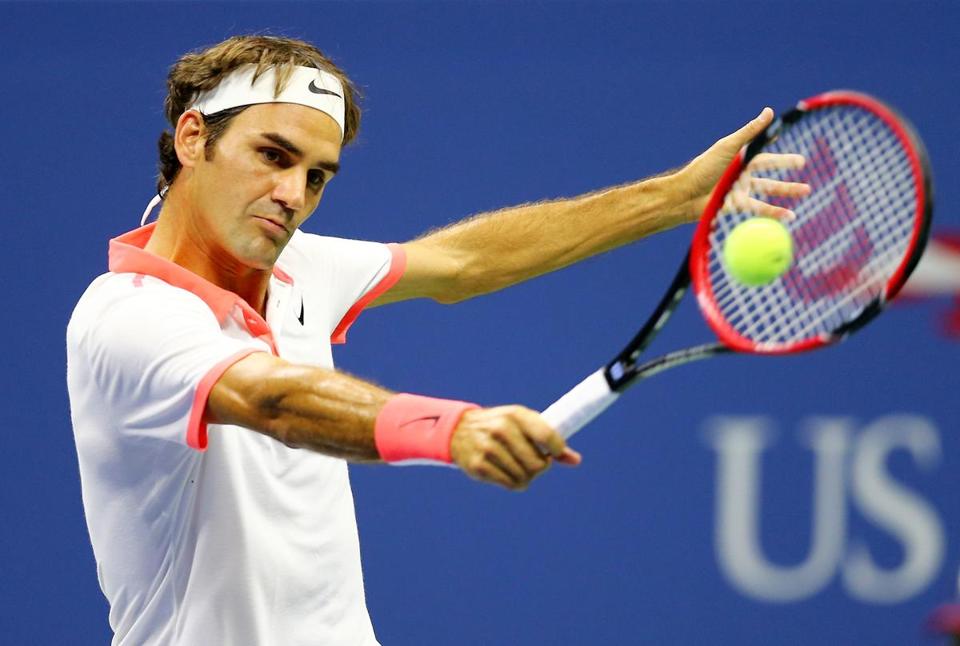 It is only a coincidence that Fashion Week in NYC coincides with the second week of the Open, I swear (in honor of Fashion Week, I ironed my khakis)

No one has more grand slam victories than Federer with 17, and because of both how he plays and how he comports himself — he is an excellent self-comporter — there is a large faction who will always consider him the greatest men’s player of all time. Rafael Nadal, 29, has 14 grand slams while Djokovic, still a good 20 months shy of his 30th birthday, has a good chance to catch Roger. And who will come up from the ranks to challenge him? 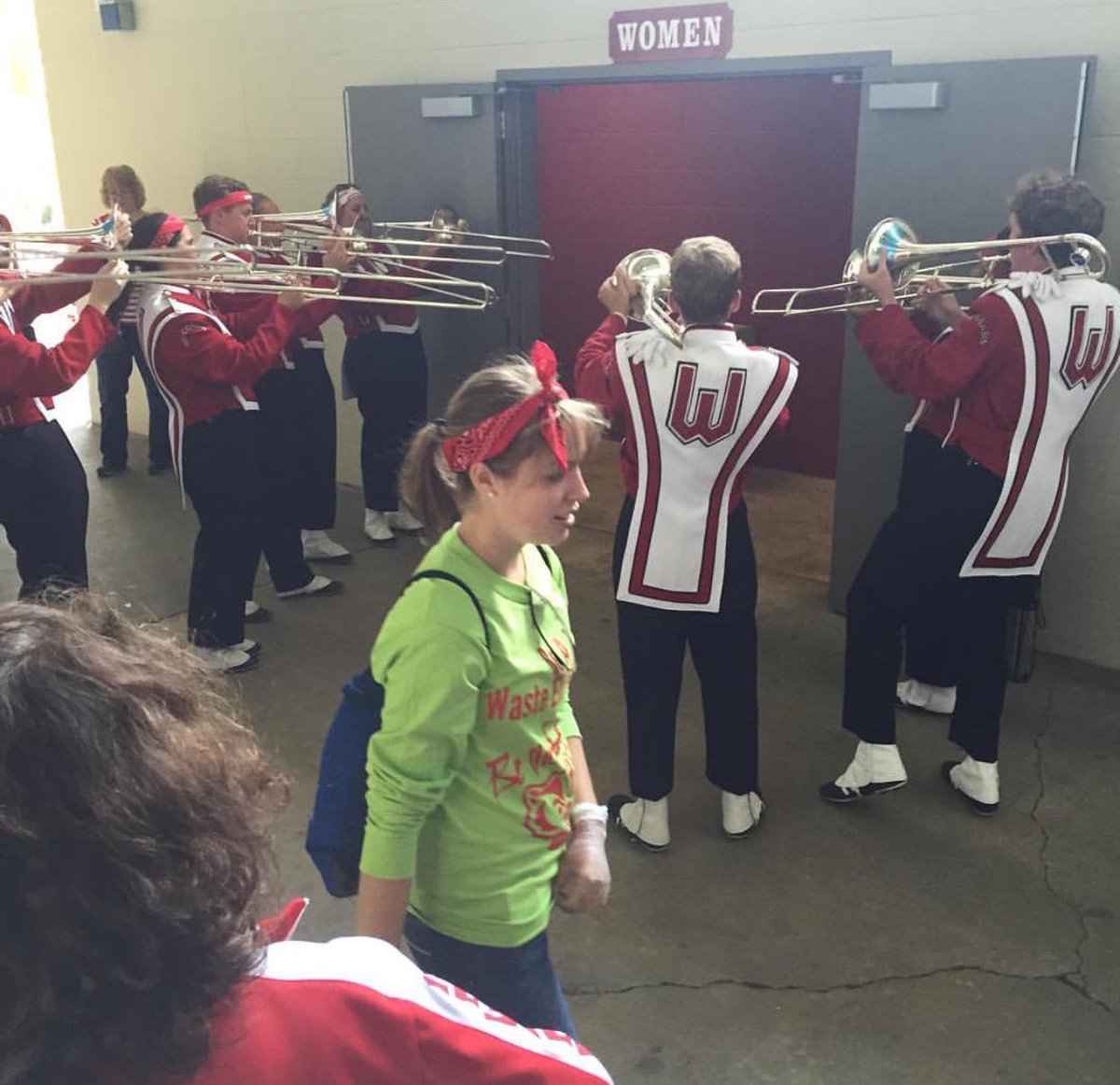 Wondering if the women departing the restroom felt badgered

Reason No. 4,794 why college football trounces the NFL. The Wisconsin band, bored during Saturday’s 58-0 stomping of Miami (OH), opted to play their rusty trombones outside a lady’s room. 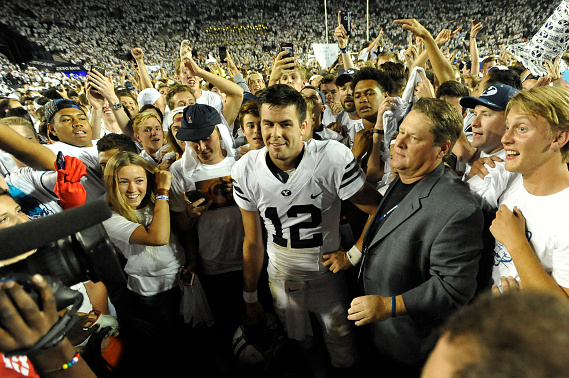 This has pretty much been Tanner Mangum’s life the past nine days. Not bad, eh?

Reason No. 4,795, by the way, would be BYU’s habit of winning games on Hail Mary passes. The Cougars are now 2-0 due to Tanner Mangum’s heroics, although Saturday’s win versus Boise State was not on the game’s final play.

5. Not Your Average Betty

Cantrell sings opera and knows how to skin a rabbit

Miss Georgia, Betty Cantrell, wins the Miss America pageant — the one Donald doesn’t own — while Miss America 1984 Vanessa Williams receives a long overdue apology as pageant officials reluctantly come to grips with the fact that her career will not be a flash in the pan. 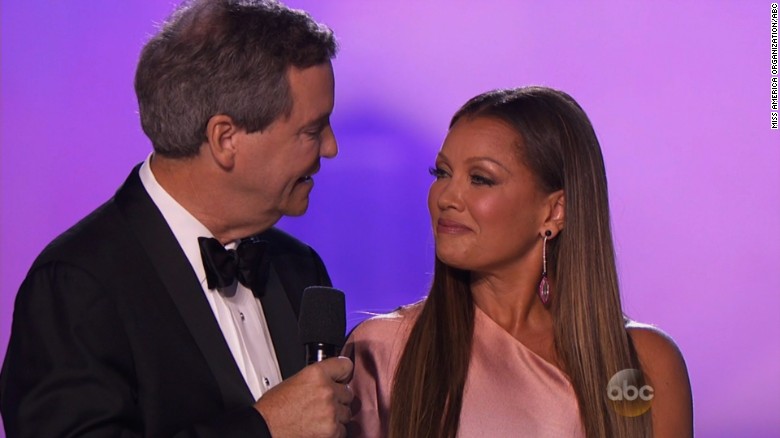 In the midst of the pageant, Miss America CEO Sam Hassell apologizes to Vanessa. Why didn’t he save the best for last?

Pink Floyd’s 1979 classic, off The Wall (as opposed to Michael Jackson’s “Off The Wall”, which was released in the same year; man, was that confusing), is one of the all-time great hypnotic rock songs. And yet there’s also a blazing guitar solo in the midst of it. Roger Waters’s and David Gilmour’s greatest collaboration, perhaps.

Jarryd Hayne down under… …and Jarryd Hayne up over.