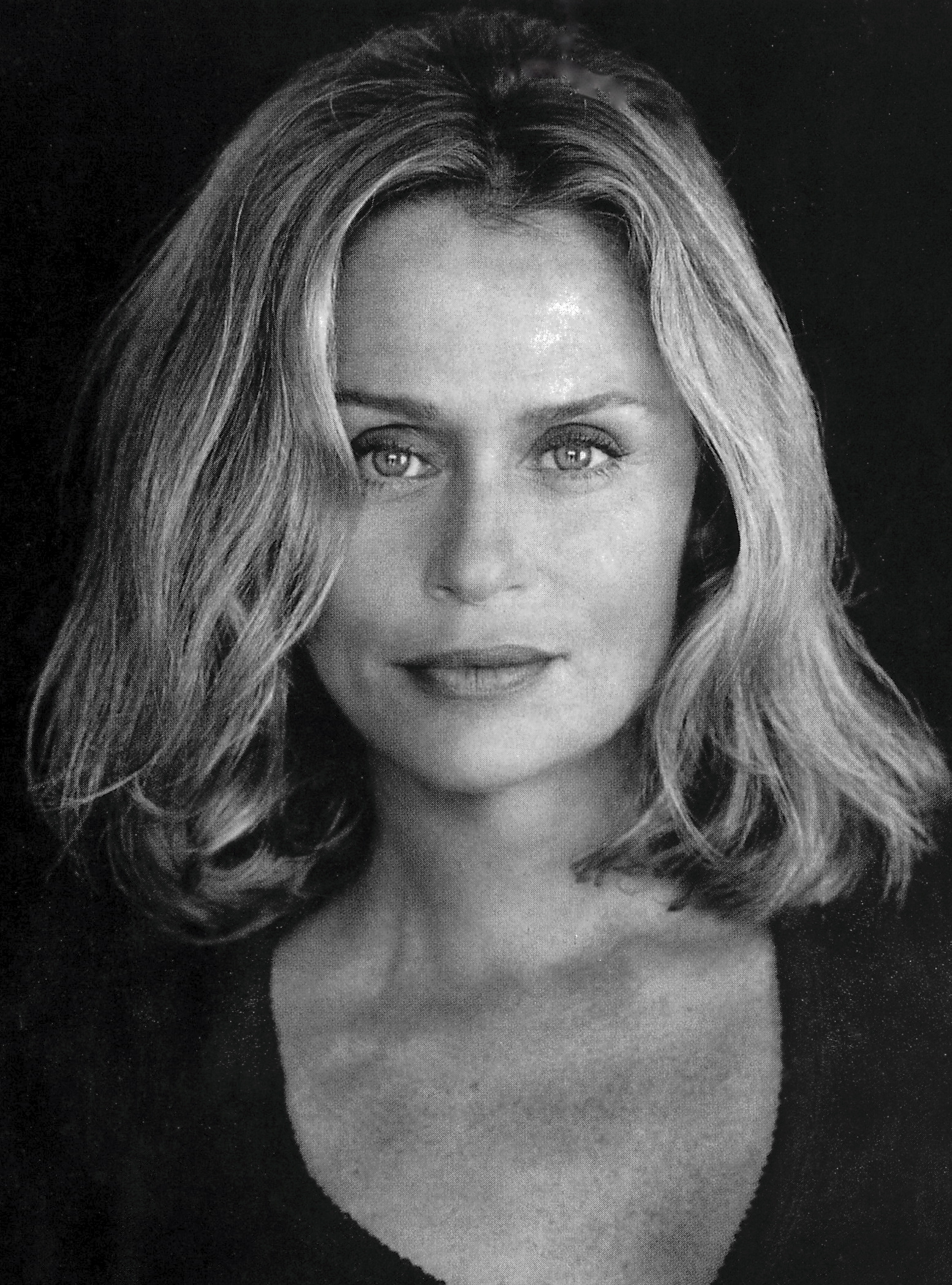 Happy 71st Birthday to a woman who sparkled in the Seventies, Lauren Hutton!

ISIS shows its support for Movember

1. Sorry, Tom Petty: Apparently, You DO Have To Live Like a Refugee

First….Yes, the United States of America has that statue (a gift from France!) in New York Harbor that reads “Give me your tired, your poor, your huddled masses yearning to be free…” And, yes, it is unconstitutional for all of those states to refuse entry to the Syrian refugees….

But maybe creating Syrian refugees and then disseminating them into Western culture is exactly Daesh’s strategy. And not just because it’s trying to smuggle its own operatives into your hometown, but maybe more so because it’s hoping Syrians will grow up there, feel disenfranchised, and then join their crusade from the comforts of your home town. Using the internet, it’s pretty easy to turn disenfranchised, angry young people to your nihilistic cause, no? So maybe the Syrian refugee crisis is not just an unfortunate offshoot of the war, but it’s also part of the enemy’s strategy, taking advantage of the kindness and generosity of this country.

Second, YES, it sounds good to be a Lindsay Graham or a FOX News war hawk and stump for “boots on the ground” in Syria or blowing Raqqa back to the Middle Ages –although most ISIS-friendly haunts are already there….

But maybe what those people fail to see is that we are NOT battling a finite number of people in a finite space. Maybe our presence, or our indiscriminate bombings of places without ever being seen by the locals as more than bombs from the sky, induces more angry, hopeless young men to join ISIS. And not just in Syria, but anywhere. Because they feel the anger and hatred of white westerners and that testosterone kicks in and they join the one crusade that claims to speak for them.

There’s a sort of World War Z calculus going on, then. By failing to cure the disease — which is hopelessness of an entire generation, mostly — we’re helping to create more zombies.

Syria: When your entire country is a sandlot…

Finally, and this is just an observation, have you ever wondered if there’s a correlation between the hostility and intractable mindsets these Arabs have and their climate and ecosystem? In short, do you think they’d all behave this way if they were just surrounded by a few more….trees? I know it sounds dumb, but I’ve been to Yuma, Arizona. It’s got that same hopeless topography. I think I might go a little nutso, too, if that was all I ever saw.

Also, at some point during this weekend (and during attacks past), did it not occur to you –admit it, it did — how much more carnage you would have been able to cause? How bumbling and incompetent ISIS is? I mean, they sent 3 dudes with explosives to Stade France, to a packed stadium, and killed a grand total of one person. They’re evil and they’re bullies, but they’re far less competent than your average El Chapo. Just noting it….

Not for nothing, and all of this is tragic, but measure the outcry of 129 people, mostly French, in Paris last Friday as opposed to the 229 dead from the plane that exploded over the Sinai peninsula. I’m not accusing anyone of latent racism. I think the video, photos and images from Paris are more vivid and hence have a more visceral effect, no?

I don’t see any easy answers here. I do think the one advantage ISIS has over us, or at least some of our loudest barkers, is that they know and understand their enemy. And it informs their strategy. I still don’t think that we’re very good at that. Finally, when the press/GOP hammers POTUS for failing on ISIS, that sounds fairly naive to me: it’s not the government’s job to apprise you of all the plots they foil, of all the preemptive measures that have worked. Doing that would only compromise further missions AND scare people here at home. I kinda felt as if Obama was itching to tell his detractors yesterday, “Scoreboard! Scoreboard!” which is not to say that U.S. policy is flawless, but which is to remind you that we’ve had no real ISIS attacks on our own soil.

There are no easy answers to this one. I welcome your observations… Carnage at the Bata clan

A few decent stories/reports about Daesh and/or the Paris Attacks, and you should totally follow @parisvictims on Twitter:

A story in The Guardian from a former ISIS captive, Nicolas Henin…

Here’s 60 Minutes on the Paris attacks….

Here’s a piece from the BBC on how the massacre at the Bataclan went down….

So you’re saying that you’re sick?

Charlie Sheen goes on Today to promote his new disease, the HIV virus. His doctor , Robert Huizenga, tells Matt Lauer that he has “an undetectable level of the virus” in his blood. The doc also tells Lauer that Sheen “does not have AIDS.”

Also, the doctor says there is “an incredibly low” chance that Charlie will infect you via “protected sex” but that your brain is still at risk if you watch more than one episode of “Two and a Half Men.” Sheen says he’s no longer doing drugs, but that he’s still drinking.

Sheen reveals that he has known for four years that he is HIV positive. So, yes, here come the lawsuits. Or, more accurately, as Sheen tells Lauer, “all the shakedowns.” Sheen says that he is paid out “upwards of ten million dollars.”

What I did not hear asked: Whether Charlie’s “tiger blood” rampage of a few years back and his wild rage against Chuck Lorre, his exodus from the show, had anything to do with him receiving this diagnosis.

*It’s just all happy news this morning, no?

Six people, one of them a 6 year-old, are murdered last weekend at a campsite on their own land in Texas. A neighbor, William Hudson, 33, who owned a much larger parcel of land adjacent to the property, is the prime suspect. Perhaps he was suffering from a severe and deranged case of “Get Offa My Lawn.”

The murderous shots rang out between 4 a.m. and 5 a.m. One person at the camp site escaped and hid, a relative, who was able to explain what happened.

As with the Heisman Trophy, our Grange Award field remains wide open. We still like Leonard Fournette of LSU, but the sophomore may be better suited to win a Poor Timing Award: just 31 yards rushing in a loss at Bama and another sub-par game last week against Arkansas (is LF hurt?).

Others to consider: Christian McCaffrey (still leads the nation in all-purpose yards, by a large margin) of Stanford, quarterback Matt Johnson of Bowling Green (leads nation in TD passes with 36 and has only tossed 4 picks, and is second in passing yardage per game), and beast-like running backs Dalvin Cook of Florida State (2nd in rushing) and Derrick Henry of Alabama, who is fourth.

Also, Baker Mayfield, the Manziel-ian QB out of of Oklahoma. Or how about Penn State defensive end Carl Nassib, a former walk-on who leads the nation in Sacks and Tackles for Loss? We’ll also keep Navy QB Keenan Reynolds in the hunt (most career rushing TDs) and our favorite punter from Wake Forest, Alexander Kinal, who set the NCAA record for most career punts, which brought a tear to the eye, versus Notre Dame last weekend.

For the serious candidates, this is your mandate: 1) perform well and 2) don’t be involved with another loss. Do that and your chances for either award remain viable.

This Pittsburgh band, The Clarks, never made it B-I-G, but our friend Billy “Day of Yore” Hubbell introduced me to it back in 2004 and I’ve always like it. I’m not even sure that it even made the charts, but it’s just a good mid-tempo, meat-and-potatoes rock song. It only took seven months, but they finally got the 2015 NCAA championship game right…right? Remember when Kentucky came within 2 games of becoming the first team to go undefeated since the 1976 Indiana Hoosiers? Remember when Grayson Allen became the sleeper star of Duke’s Final Four? Allen is back, while Kentucky’s next future No. 1 overall draft pick low-post stud is a young man from Haiti named Skal Labissiere.