Happy 47th to Michael Vartan, the guy who played the dreamy dude in a TV show that also had Bradley Cooper

Right along the Jersey Shore, not far from my (and Bruce’s) hometown, is Monmouth University. The men’s basketball team is now 3-1, with wins this month against UCLA and Notre Dame. Man, if only it were 1974 that would be awesome. Still pretty awesome, though, for the West Long Branch school.

The Hawks won at UCLA earlier this month. Last night they created their now Thanksgiving Day Massacree by taking down the No. 17 Irish, 70-68. The coach is King Rice, former UNC point guard in the ’80s. This is what a Tony Romo statue should actually look like

Is it not easy being Green…Bay?

No, it isn’t. Not if you’re Aaron Rodgers and you hurt your left wrist being sacked.

Every quarterback in the NFL seems to get hurt except Tom Brady, and when you do hurt him, the Shield creates a new rule to make sure you never hit anyone that way again.

3. Mahomes on the Range 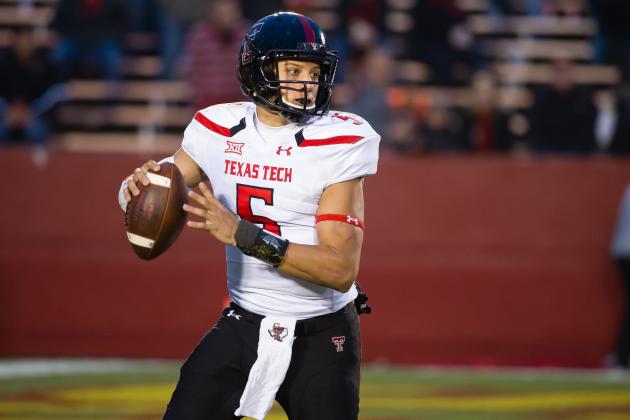 The son of a former MLB player, Mahomes has been a stud in his first full season as a starter

After Texas Tech defeated Texas last night, 48-45, I tweeted, “Texas Tech finishes 7-5. Imagine what their record would be if Kliff Kingsbury had offered Baker Mayfield a scholarship.”

The correct answer, as many Guns Up! aficionados replied, is, “Probably 7-5.”

As dumb as it may have seemed to not offer the Big 12 Offensive Freshman of the Year, Mayfield, a scholly, after he walked on and wowed in 2013, and as good as Mayfield is now — a legit Heisman candidate– the Red Raiders have a pretty decent QB of their own. Pat Mahomes, a sophomore, is 3rd in the nation in passing yardage per game (357 ypg) while TT is No. 2 nationally in Scoring Offense at 46.6 points per game.

The problem, of course, is that the Lubbock lugs play no D: they’re 122nd in the nation in Scoring Defense, allowing 42 ppg. How does that happen? Farewell to one of the legendary college hoops coaches, Guy Lewis.  In 30 seasons of coaching at his alma mater, Houston, Lewis compiled a 592-279 record. But that is why he may never be forgotten. No, he was a coach in two of the most memorable games in hoops history: He was on the court on January 20, 1968 in the Houston Astrodome for the “Game of the Century” with UCLA, the first college hoops game broadcast nationwide in prime time. Houston and Elvin Hayes prevailed over UCLA and Lew Alcindor.

Fifteen years later, he was on the losing end of the greatest upset in NCAA championship game history, as N.C. State upset his Phi Slama Jama squad of Akeem Olajuwon, Clyde Drexler and Michael Young (and don’t forget Reid Gettys).

Lewis also loved towels, though not quite as much as Jerry Tarkanian. He was 93. 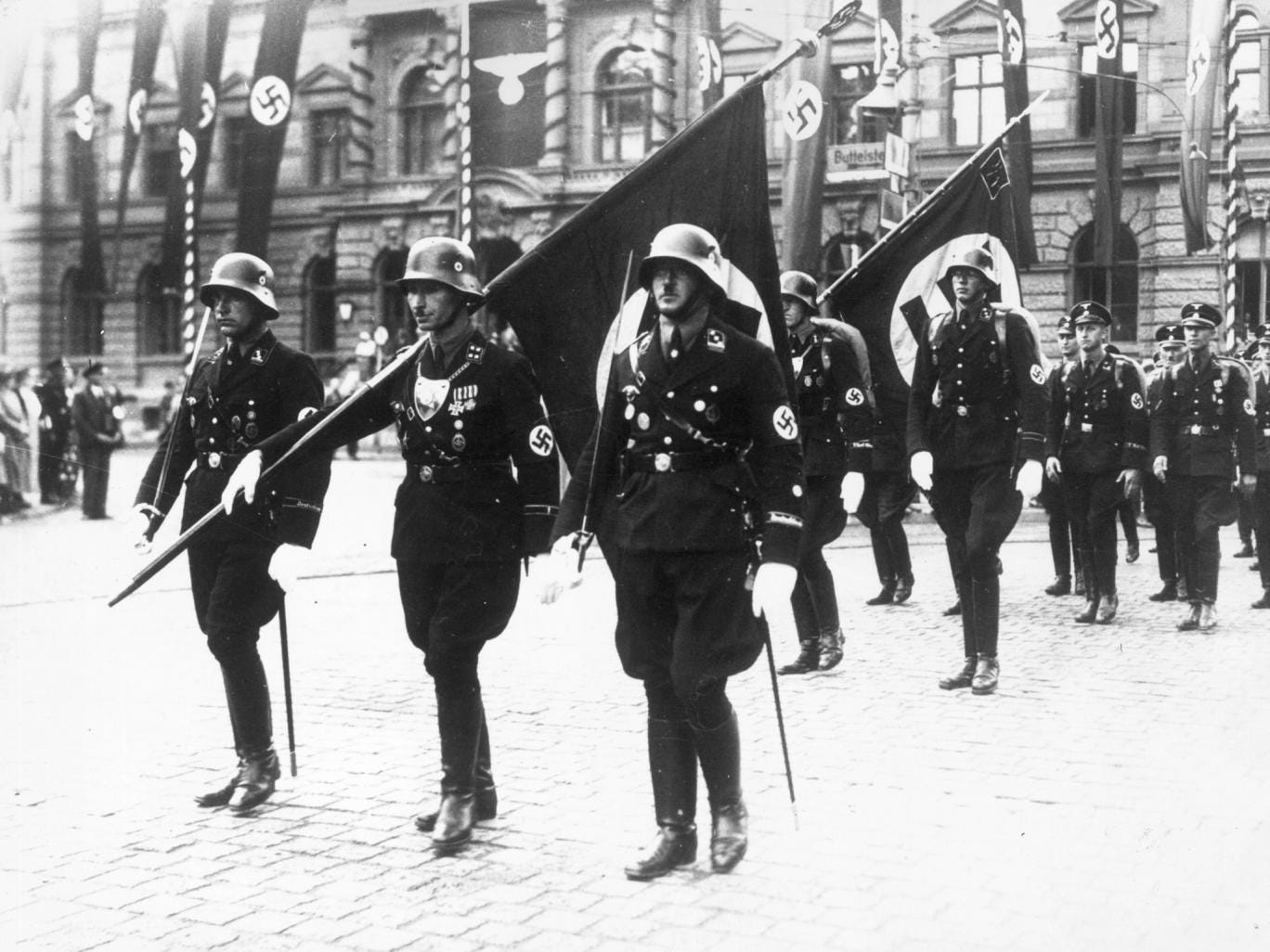 Notice the helmets. They have that same shell design as Lord Vader’s

In German, the term is “Stermabteilung” (I would’ve flunked German), but the translation is “stormtroopers.” This group of soldiers were the paramilitary wing of the Nazi Party, using any and all tactics to enforce and intimidate. It’s probably not a coincidence that George Lucas gave Lord Vader’s henchmen this name, though it’s a reference that may be lost on a lot of people these days.

This tune, by folk progenitor Ramblin’ Jack Elliott, tells the story of the author’s first visit to New Orleans. Elliott was a Jewish kid from Brooklyn — born in 1931, and still alive today– who ran away to join the rodeo and eventually became a cohort of Woody Guthrie’s. He is credited with having a tremendous influence on a young guitarist from Minnesota named Bob Dylan, whom he refers to as his “adopted son.” Baylor at TCU was supposed to be the “Game of the Year,” but as each game will feature third-string QBs and neither team will make the playoff, I’m going with Lincoln and the B1G. The Hawkeyes are undefeated, but Nebraska has already taken down the B1G East champs this season. Why not the B1G West champs as well?