A Medium Happy 52nd to Brad Pitt, who may have been at his Redford-ian best in A River Runs Through It

1. “Is That a Light Saber Under Your Robe Or Are You Just Happy To See Me?”

That movie was released at midnight. Are you going to see it because you really, really loved Star Wars or because everyone else is? Are we rubber-necking films now? The original Star Wars was terrific, introducing the best movie villain since the Wicked Witch of the West. The follow-up, The Empire Strikes Back, was even better, introducing Lando Calrissian’s smoove moves and allowing us to use the terms Colt 45 Malt Liquor and Cloud City in the same sentence.

The next four films in the franchise were a hot mess. Hey, nothing against seeing the film. Me, I’m still hoping to see those Spotlight action figures under the tree on Christmas morning. Yesterday it was drizzly and bleak in New York City, and that was the best part of Martin Shkreli’s No Good, Very Bad Day. The Ethan Couch of pharmaceutical company CEO’s was arrested for securities fraud, had to pay out $5 million bail (I don’t know why the judge did not set bail at 5,000 times the normal securities fraud bail bond rate; his or her lost opportunity), and then got trolled and good by New York FBI Twitter.

Just to explain the joke, last year Wu-Tang Clan had the ingenious idea to produce an album and only make one copy, selling it to the highest bidder, who could then do anything that he or she liked with it, except profit off it. That bidder was Shkreli, who spent $2 million on it. Total vanity purchase. He could have bought out Bleecker Bob’s Records entire inventory for that sum. 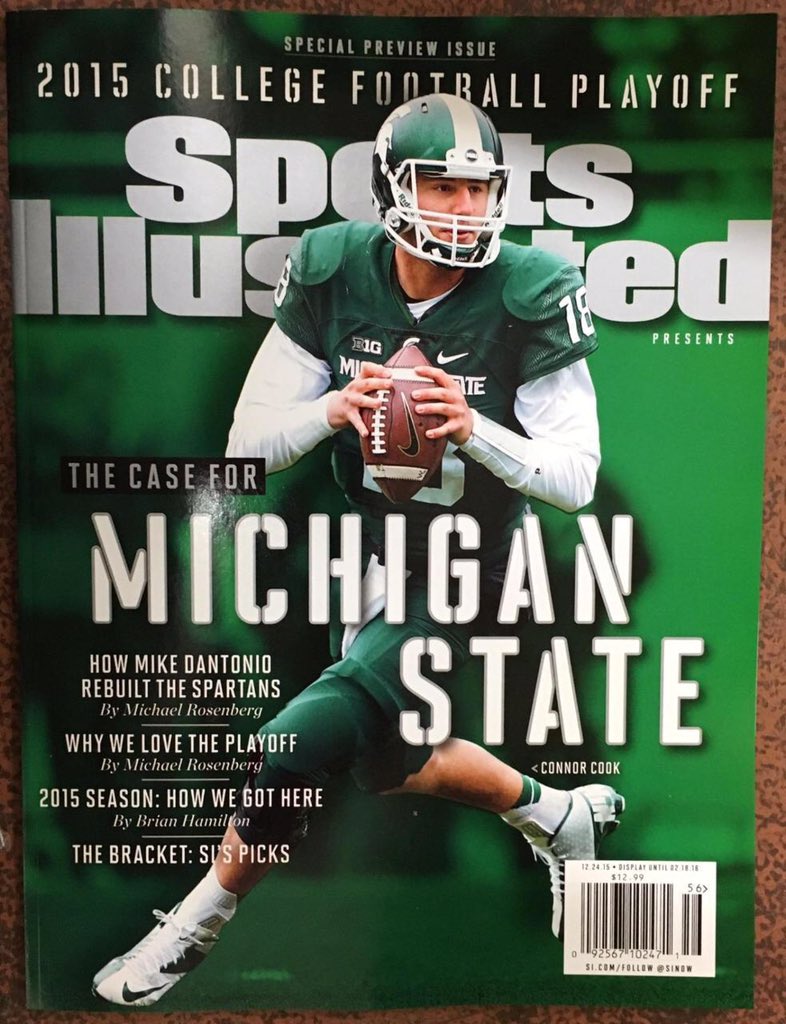 Buy it for the the collector’s item cover gaffe, and then read the story inside by Brain Hamilton

As someone who fact-checked at Sports Illustrated in the early Nineties and who would scan the name “Krzyzewski” at least half a dozen times before signing off on it, I have empathy for whatever poor schlub signed off on this and is taking the heat today.

Also, at least once a week I get autocorrected from Dalvin Cook to Calvin Cook, from Jahlil Okafor to Kahlil Okafor, so again, I feel there payne.

For the record, going forward:

Prandini is from Clovis, Calif.

Oregon’s Jenna Prandini wins the Bowerman Award (named after legendary former Duck coach and inspiration behind Nike Bill Bowerman), which is the Heisman of track and field. Prandini was the NCAA Indoor champion in the long jump and Outdoors in the 100 meters. She also finished second at the NCAA championships in the 200 and long jump. Prandini’s dad, Carlo, was her high school principal. 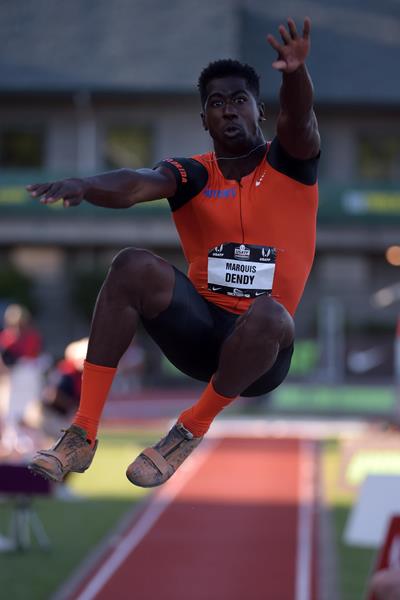 As a Florida Gator, Dendy is somewhat of a leapin’ lizard

Prandini’s Oregon teammate, three-time NCAA X-Country champion Edward Cheserek, who also swept the 5,000 and 10,000 titles Outdoors, did NOT win the male Bowerman. Instead, Marquis Dendy of Florida, a human kangaroo who won four NCAA titles this year (long jump and triple jump, both Indoors and Outdoors) did.

5. St. Louis or Los Angeles? Why Not Billings?

Why can’t the NFL be more like this any more?

The Rams played what might be their final game in St. Louis last night. As a child of the Seventies, I never warmed to the Rams playing in a dome in middle America. I remember the Los Angeles Rams, and that is where the franchise may be set to return.

But it got me to thinking: Is there a more rabid fan base than Green Bay’s? And is there a smaller metropolitan area in any of the four major American pro sports than Green Bay, Wisconsin? I don’t think so.

Billings: A lovely setting for an NFL franchise

So, rams are actually bighorn sheep. And bighorn sheep are most populous –in fact, they only exist here in the USA– in the Rocky Mountain region. And this is a region that has one NFL franchise (the Broncos) spread across five to six states (Idaho, Montana, Colorado, Wyoming andNew Mexico; even Utah). Would it not be marketing genius to place an NFL franchise in Billings, instantly making it the biggest thing in that region? Also, this would become the NFL’s new de facto cult team.

Honestly, this is what I would do: the Billings Bighorns. Donald Trump isn’t the only guy who wants to make America great again. I do, too.

The staff at MH arrived at this point in today’s blog and realized we hadn’t talked Rolling Stone Hall of Fame snubs yet (it’s not the Rock & Roll Hall of Fame; it’s the What Jann Wenner Wants, Jann Wenner Gets Hall of Fame). We’ll take it up next week. For now, let’s wish Keith Richards a Medium Happy 72nd birthday (we all took the Under on that). Keith actually performed this on his 38th birthday. I saw the Stones about a week earlier than this night in Tempe.

The Purple Raiders take aim at their 12th national title in the past 22 years tonight.

In this corner, Mount Union, the most successful college football team at any level the past quarter century, with ELEVEN national championships since 1993. In that corner, St. Thomas, which has a dynamic young coach in Glenn Caruso and the Cleated Cleric, Jordan Roberts.