Where was Tom Brady?

The Patriots and Jets were tied 20-20 when Bill Belichick A) did not send the smartest and  most charming player in team history out for the overtime coin toss and B) apparently told the players that he did send out that, should the Pats win the toss, they wanted to kick off.

Blakeman: “It is heads.”

Blakeman: “You want to kick?”

Blakeman (mic off): “You elected to kick.”

I don’t know why Blakeman led the witness as he did, and I don’t know if Belichick is simply covering for Slater. Assume that he is not. Is it wiser to hope that you stuff the Jets on their first possession, so that you only need a field goal to win, or is it wiser to begin overtime with the ball in the hands of arguably the greatest quarterback in NFL history, who has the most dominant skill-position player in the league (Gronk) currently at his disposal?

Pats lose, while the Jets win their fifth in a row and now only need to beat ex-coach Rex Ryan and the Buffalo Bills next Sunday to make the playoffs.

The Chiefs have won nine in a row.

The Jets have won five in a row.

The Vikings –remember how upset Adrian Peterson was that he’d be returning to the Twin Cities this season– have won their last two games by at least three touchdowns. And AD leads the league in rushing.

All three teams, who once were supposedly a mess in September (Geno Smith/Alex Smith and 1-5/AD’s unhappiness), are 10-5, and at least two of them have clinched playoff positions. It’s like the teams from Super Bowls III and/or IV just want to be there for SB L (even though no one is calling it that).

A reminder that we can all learn a lot from the Zen Master. Particularly in the breathless, myopic era of Twitter. Flanked by Sam Champion and Matt Ginnella (formerly of SI, as well, and now with the Golf Channel)

We’ve all been waiting for the other shoe to drop with our talented friend Josh Elliott for quite some time. His marriage to the Peacock (NBC) went little better than those bethrothals between 30 Rock and Michelle Beadle and Jamie Horowitz.

It was noteworthy that Josh’s most visible moments on Twitter this year were for his wedding to WABC news anchor Liz Cho and at his appearance for the 40th anniversary of Good Morning, America (where, professionally, he seemed truly happy).

I’ve wanted to know what’s up for more than a year, but I didn’t want to put Josh in an awkward position. You could just tell that NBC wasn’t working out, and if he’s bowing out just six months before the Summer Olympics, well, they did not have him in their plans.

Does Josh head to Fox Sports and Los Angeles for a working reunion with Horowitz? And does that mean he’s going to rob us New Yorkers of Cho!?!? Nooooo!!! What ever happens, the MH staff wishes him the best.

4. And That’s Why They Call It The Sun Bowl Blizzard conditions in El Paso as Miami met Washington State in full-on Pullman weather for the Sun Bowl. The Hurricanes have now played two Sun Bowls in ice or snowy conditions in the past five years –and lost both games — and played a Micron PC Computers Bowl in Boise on New Year’s Eve, 2006, in 19-degree temps (I was there; ouch). The Canes are the only team in America who consistently go bowling in the worst weather that they’ll see all season.

Oh, and whose idea was it to attempt a halfback option pass on the decisive drive (ending in an INT)? I’d say that was as bad as an idea as going topless in your Urban Sombrero to this game, but at least this dude got to cozy up to Allie LaForce.

Santa did not need Rudolph to guide his sleigh that night….

For the first time in 38 years, we had a full moon on Christmas. Some people want to make it the Sportsman of the Year.

On A Clear Day (You Can See Forever)

We’re going to do another Theme Week, but I’m not going to disclose what that theme is just yet. Take a couple of days and see if you can figure it out on your own. This song was originally written in 1929 for a musical titled “Berkeley Square,” then was reincarnated in 1965 for a musical with the same title as the song. Numerous performers (Barbra Streisand, Frank Sinatra, Shirley Bassey, Robert Goulet, etc.  <– If you watch/listen to just one of those, make it Bassey; she’s excellent) have covered it; this version is from The Peddlers and was released in 1968. 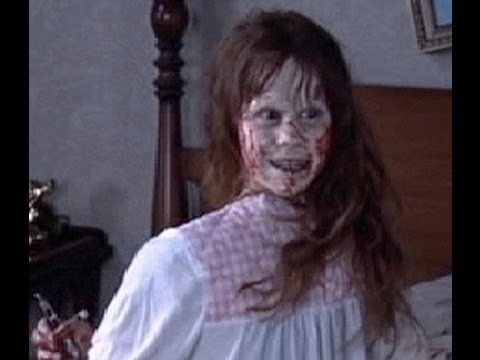 I only had nightmares for 3 consecutive nights after seeing this film as a boy.

Is this 1973 classic the scariest horror film ever made? Let’s say that it was a true head-turner. The first horror movie to be nominated for Best Picture at the Oscars, it actually was nominated for 10 overall and won two. Linda Blair’s career peaked here, and that’s Jason Patric’s dad, Pulitzer Prize-winning playwright Jason Miller (That Championship Season) as the priest.