A Medium Happy 40th to Tiger Woods, the Dorian Gray of sports.

And a Medium Happy 31st to that other guy, what’s-his-name…. 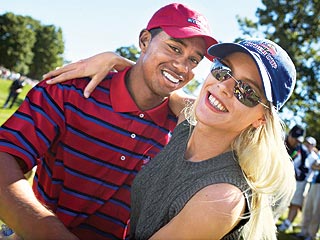 Camelot Lost: This was Tiger and Elin around his 30th birthday…

Recapping our top story, Tiger Woods turns 40 today (cue Cinderella’s “Don’t Know What You Got [Til It’s Gone]”). What do you get the man who once had everything (and nearly everyone?).

In the decade between 1999 and 2008, Woods won 13 majors, or more than one per year (we’re good with math). He was married to one of the world’s most beautiful women –and later we would learn that she was pretty dang intelligent, too– he was worth hundreds of millions, and he had two healthy children.

Tiger had it all; but it wasn’t enough. It never is for the the world’s uber-overachievers (see: Lance Armstrong, Alexander the Great, etc). So often one’s greatest strength is also the source of one’s greatest weakness. Oh, well, 5,000-word cautionary tale think pieces should be the order of the day today.

Woods had won 14 majors by the age of 32, in June of 2008. But there he still stands, four behind Jack Nicklaus. Will he catch the Golden Bear? It’s unlikely, but time heals most wounds. I wouldn’t put it beyond him that he’ll win at least one more. 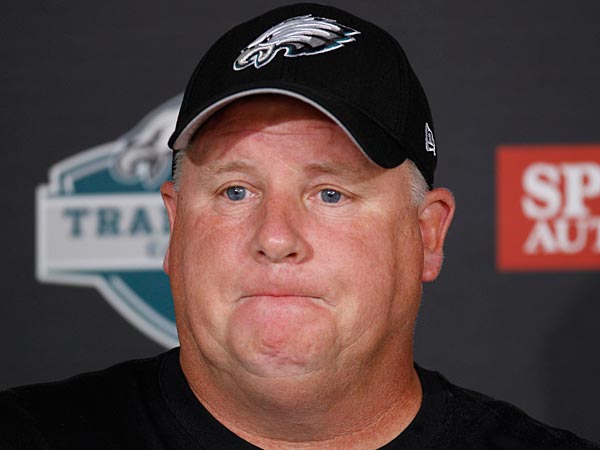 Did Kelly ever smile in Philadelphia?

Chip Kelly is out in Philly. I envision owner Jeff Lurie hoisting a four-figure placard that includes Shady McCoy, Riley Cooper, Donald Trump pointing a finger, and a noose.

What a fractious Eagles termination. Rumor has it that Glenn Frey wanted Kelly out when he refused to sing “Take It To The Limit” in concert. Meanwhile, Marcus Mariota in Nashville needs a head coach.

3. Welcome to the Desert!

The headliner at Coachella this April? Guns ‘n’ Roses, featuring the original lineup. GnR is finally, at long last, off RnR. The last time Axl Rose and Slash shared a stage together was on July 17, 1993 in Buenos Aires. Man, what a long, long time of missed opportunity. Coachella will take place on successive weekends this spring, April 15-17 and April 22-24.

The band is reportedly also negotiating to play a summer stadium tour and asking $3 million per show (not from each ticket holder, mind you). They’ll get it, too.

Funny: Slash played in a band with Scott Weiland. Then Weiland ODs. Two weeks later G’nR decide to reunite. Also, this tour could set a record for band mates who hate each other reuniting for exclusively mercenary purposes, breaking the mark set by the Eagles.

Ramadan apparently blacked out, and no one noticed

A bizarre tragedy over the weekend involved a swimmer at Dartmouth and an unorthodox workout. Tate Ramsden, a 21 year-old junior on the Big Green swim team, was doing an extended workout at a YMCA aquatic center. He was apparently 4,000 yards into his workout and working on a set where he would attempt to swim 100 yards underwater, which is extremely difficult. And Ramadan just never came up. He drowned.

I’m still waiting for the Spacebars sequel. May the Schwartz be with you!

So I will begin with the bold font disclaimer that I have yet to see the new Star Wars film, and that I have no desire to do so. Keep that in mind.

Nevertheless, I’m hearing that the plot is nearly a carbon copy of the original 1977 film. In other words, J.J. Abrams was shrewd enough not to mess with the formula, but he just packaged it in a new container hoping that kids wouldn’t know the difference and that adults wouldn’t care. More than $1 billion later in less than two weeks, is he wrong?

It’s like Abrams is performing “Dani California” and hoping that not too many people recognize that it’s Tom Petty’s “Mary Jane’s Last Dance.”

As you may have guessed by now, the theme of this week’s tunes are songs that were used in Breaking Bad. This cool vibe Tommy James & The Shondells hit from 1968 came into play at the brightest moment for Heisenberg’s gang: Gus Fring is gone, business is booming internationally, and Hank is both alive and still clueless. Vince Gilligan’s show was always the antithesis to “It’s always darkest before the dawn,” and no moment (pun alert) crystallizes that maxim more than this one. For a brief moment, it looked as if Walt and Skyler were going to get away with it and cash in big, as if Jesse would live happily ever after, and as if Drew Sharp would not be shot as a child by Todd but instead grow up to be an AP poll voter!

As an added bonus to you, the home viewer, here are the first two songs from this week with their Breaking Bad montages:

On A Clear Day, by The Peddlers…

Windy, by The Association. The actress who played the heroin-addled hooker, Wendy, is named Julia Minesci. A full-time casino dealer (try counting cards on her, Walt), Minesci did not get into acting until she was fifty, and she has completed the Hawaii Ironman six times. 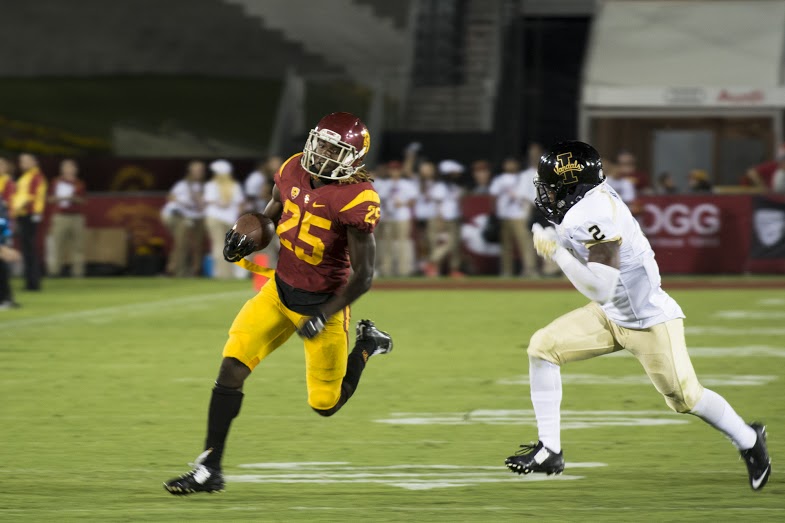 Freshman Ronald Jones is the next great Trojan tailback

Don’t think of it as Tier 2 bowl game between yet another underachieving Trojan squad and a Badger team that should’ve beaten Iowa; think of it as the season finale of “Pac-12 After Sark.”