A Medium Hawkeye 80th to Alan Alda. Should we celebrate at Rosie’s or just don our finest bathrobes and head over to The Swamp? 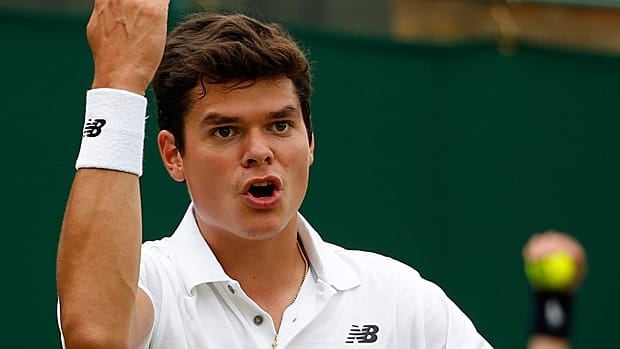 Raonic is Canadian by way of Montenegro

This is Milos Raonic, who earlier today or later today (I just never know with the Aussie Open) did meet or will meet Any Murray in the semis of the Australian Open. I guess I should be informing you that Novak Djokovic defeated Roger Federer in four sets in the semis, but it’s just that I desperately want Milos to advance to the finals so that we can all relive this Seinfeld moment…

Anyway, if you’re wondering, Federer owns 17 Grand Slam singles titles, most ever. Djokovic has 10, on his way to 11. Fed is 34 and Novak is 28. Fed only won one more Grand Slam singles title after his 28th birthday, primarily because of the presence of Djokovic. The difference here, at least right now, is that I don’t see any young Novak Djokovic killer on the horizon. Maybe one exists. We’ll see.

An actual Week 1 Super Bowl 50 story that was more than a list. Incredible.

My good friend Adam Duerson, NFL editor at Sports Illustrated and chronically afflicted RAGBRAI participant, suggested to the facile-minded Steve Rushin that he “report” on Super Bowl 100. The result is the most entertaining sports story in some time, as Rushin imagines an NFL future with female kickers (Rae Gal), life coaches-in-headsets (O.G. Willikens), a wide receiver named Lynnswann Davis and a Spanish club, AFC Barcelona, with a quarterback named Jaoa Montana.

This is the marriage of a great idea (by Duerson) and a wonderfully imaginative writer (Rushin). Somewhere a Bleacher Report slide show on Premier League WAGs will draw 10 times as many page views, but this is the world we live in.

Steve (and I) will be 99 years old when Super Bowl 100 happens. I’m betting on us both being around to see it. But I’m kinda hoping we’ll both be around not to see it. Mark Zuckerberg’s company reported 4th quarter earnings last night. It has a 52% increase in revenue and a 66% increase in advertising over 4th quarter from the year before. The stock jumped 12% to $106 after the opening bell this morning.

More people than ever are spending more time than ever on Facebook (meanwhile, also yesterday, CNBC aired a segment asking, “Is Twitter too difficult to use?”). In related news, the Doomsday Clock just moved one minute closer to midnight. 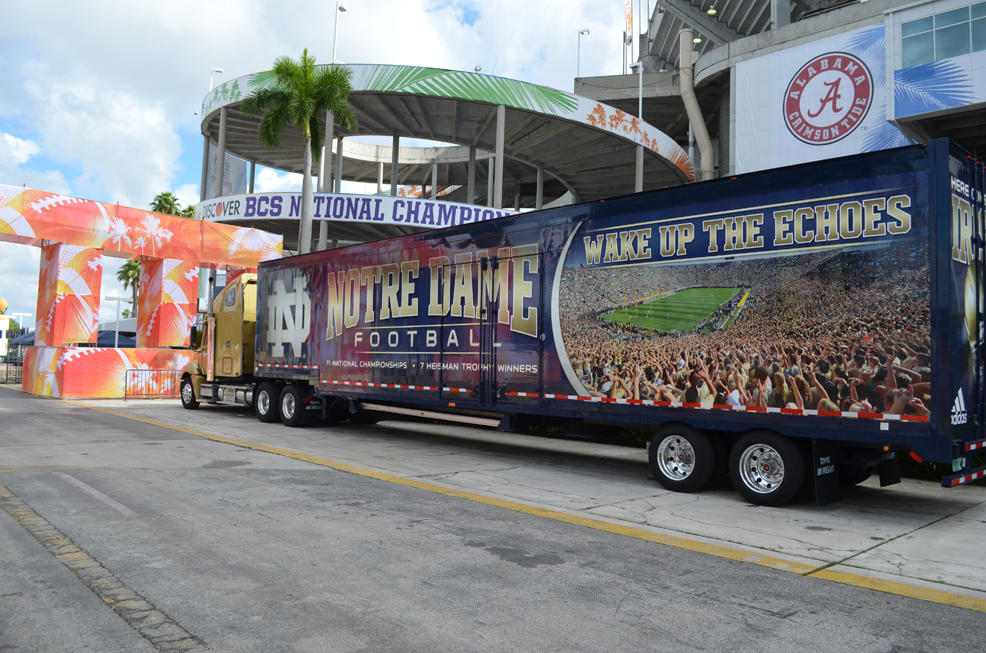 Wondering why there isn’t a Flying Irish One…..

In an effort to impress/seduce/sign five-star wide receiver Demetris Robertson of Savannah, Ga., Notre Dame pulled up to his Savannah, Ga., home in its equipment trailer this morning. Wake up the echoes? Woke up the neighbors.

The addition of Robertson would give Notre Dame a fuller house of wideouts, if not a Fuller house.

This is cool and all, and Robertson would be the highest-rated player the Irish would land, but for their sake I hope they drive this rig over to Ben Davis’s home in Gordo, Ala., before returning north to South Bend. 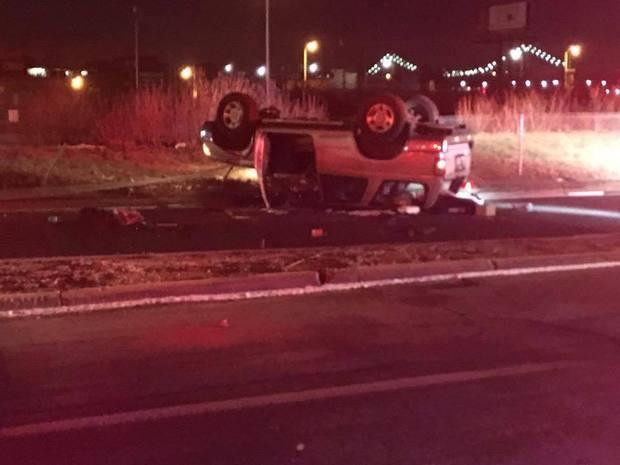 Was it good for you?

So many Seventies sitcom theme songs for shows set in contemporary times that addressed the character’s (or characters’), um, situations in life: All In The Family, Mary Tyler Moore, The Jeffersons, Welcome Back, Kotter, Laverne & Shirley, Alice, Lotsa Luck, One Day At A Time and WKRP In Cincinnati all fit this model. But I’ve chosen a song from the first solely African-American sitcom I can remember that, unlike Sanford and Son, actually had lyrics. In an era when Motown and Philly Soul was flourishing, this uptempo tune was, dare I say it, Dy-No-Mite! If Kelly weren’t so damn annoying, Donald would probably ask her out.

It was Joan Rivers who turned “Can we talk?” into a catchphrase, but it is the rest of the GOP field who have been thinking that since Donald Trump first stepped to the podium last August. That’s when Megyn Kelly asked him about his misogynistic quotes, a question that so offended the Donald that, long story short, he has vowed not to appear in tonight’s Fox-sponsored debate. So in a sense, Kelly has already won tonight’s debate.