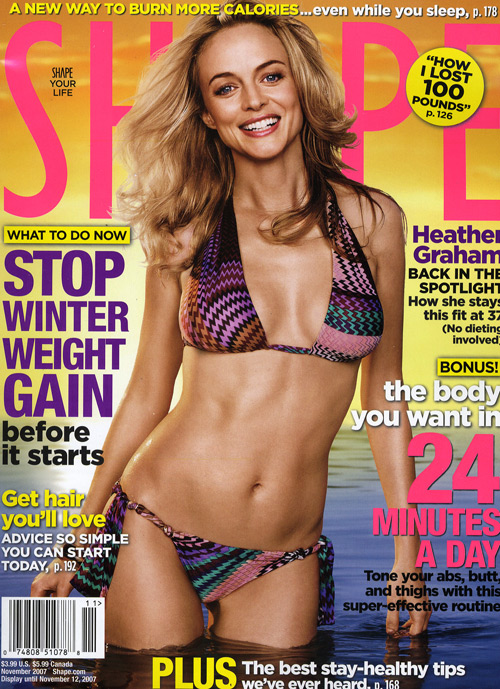 A Medium Happy 46th to Roller Girl herself, Heather Graham. The leading Republican candidate in the room last night led with his version of Costanza’s “jerk store” bit and it landed with a thud: “Let me say: I’m a maniac. And everyone on this stage is stupid, fat, and ugly. And Ben, you’re a terrible surgeon.”

You watch the clowns on this stage and you think, this is for the presidency of the United States? This is like having Andrew Dice Clay host the Oscars. “Hillary dillary doc….OHHHHHH!”

320 damn million people in this country, and we can’t produce one genuinely estimable person to run for president. It may be time to return to an enlightened despot era. I sad, “Enlightened,’ Donald.

Forgot, until yesterday afternoon, that it was the 30th anniversary of the space shuttle Challenger disaster. Two videos for you. The first is the network coverage on NBC, I believe. The shuttle breaks apart at just after the 2:00 mark. That’s above.

…unedited footage of friends and family of the six astronauts and of the teacher on board, Christa McAuliffe, watching in horror as the explosion occurs. According to a detailed story that came out a year or so afterward, it is most likely that the crew not only survived the blast but were conscious for the 90 seconds or so before their capsule struck the water in the Atlantic Ocean.

Never let a bunch of amateurs play cops and robbers against the real thing. Here’s fool footage of Ammon Bundy’s goons trying to outrace law enforcement on an Oregon highway. It does not end well for them. Go to the 9-minute mark if you want (before that it’s just a high speed chase, a stop, and then the vehicle takes off again in a mad dash, oblivious to the fact that a road block has been set up for them around a corner. As Bugs Bunny would say, “What a bunch of maroons.”

Note: This is why swimming is my go-to exercise.

I mean, I get it, but why are you wasting Michael Phelps joining the Curtain of Distraction during an 18-point blowout of the Oregon State Woolly Mammoths, ASU?

In stock news, Amazon (AMZN), which a little more than a month ago was literally selling at 1,000 times P/E (by comparison, Apple, which is cheap, sells at 10 times P/E), announced its fourth quarter earnings after the bell yesterday afternoon.

The stock had opened at $583, then rose nearly 9%, or $52, to $635 in anticipation of favorable news. Instead, the company announced earnings of $1 per share against analysts’ expectations of $1.50 per share. That’s a HUUUUGE, Trumpian HUUUUUGE miss. So the stock got slammed in after hours trading, down $68 or more than 10%, to $568.

So now it’s selling closer to 900x earnings. Still wildly inflated, but I’d jump in today, especially if it falls below $550 in the first hour. I’ll definitely buy one share.

In other stock news, Xerox is splitting into two companies. Xerox has finally copied itself.

“Set a course for adventure/Your mind on a new romance/And love won’t hurt any more…”  It probably will. It always does. The only people who hurt you are the ones who tell you that they love you, but anyway, let vocalist Jack Jones and the lyrics of Paul Williams sail you away from reality for an hour, as they did on Saturday nights at 9 p.m. for a generation of us.

No. 1 Oklahoma at LSU Sixer (and Sun) mantras: “Yield for Hield” and “Slummin’ for Simmons”

A big promotion to whoever scheduled this non-conference game for the Super Bowl bye weekend. You’ve got the top-ranked Sooners (17-2), and possible POY Buddy Hield, in Baton Rouge to face other potential POY Ben Simmons and the Tigers (13-7). Both of these dudes are going in the Top 5 next June, and one of them may be No. 1. LSU desperately needs this game for its tourney resume, and remember (Dick) Friedman’s First Law of Athletics: There are no home upsets in college basketball.