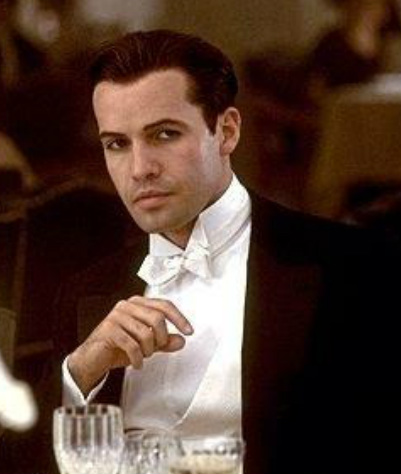 A Medium Happy 50th to Billy Zane, a.k.a. Cal. Sure, there’s room on the lifeboat for you.

Bryn Forbes sunk 7 of 10 three-pointers to pace Sparty in Columbus.

On a wet and dreary Monday evening (at least here in the East), No. 2 Kansas and No. 6 Michigan State win on the road, while No. 16 Kentucky easily dispatches upstart Alabama at home. All three teams coached by men who have won a natty and none of whom, Doug G.,  will be retiring after the season.  Also, LSU lost by 20 to an unranked team, the Hogs. Ben Simmons is going NIT unless the Tigers win the SEC tourney. FC Barcelona and Arsenal were scoreless through 70 minutes of the first leg of their Round  of 16 Champions League match at Emirates Stadium in London yesterday. Then Lionel Messi, the best practitioner of his craft of any athlete in any sport right now (perhaps only Stephen Curry and Novak Djokovic are close), scored 2 goals in the next nine minutes for Barca. Messi now has 303 goals in 336 appearances for Barca, which is ree-dick! Glass half-full? On the bright side, the bear doesn’t finish him…

When you saw The Revenant, if you saw The Revenant, was there ever a scene where you asked yourself, Haven’t I seen this movie before? Like, maybe a dozen times. I did. I saw aspects of Platoon, The Beach, Gladiator, The Empire Strikes Back and Grizzly Man in it. Think about it. Or just read my piece in Newsweek. I went back and watched the first season of Better Call Saul all over again in the past week (related: it’s late February on the East Coast). Appreciate it even more now, and realize that we can now add both Chicago Sun Roof and Hoboken Squat Cobbler to our lexicon.

The weakest episode, if there is one, is the pilot. The strongest two in my opinion are “Five-O,” the sixth episode, which traces Mike’s final night in Philadelphia, and “Pimento,” the ninth episode, which is where Jimmy has his “I know it was you, Fredo,” moment with Chuck. 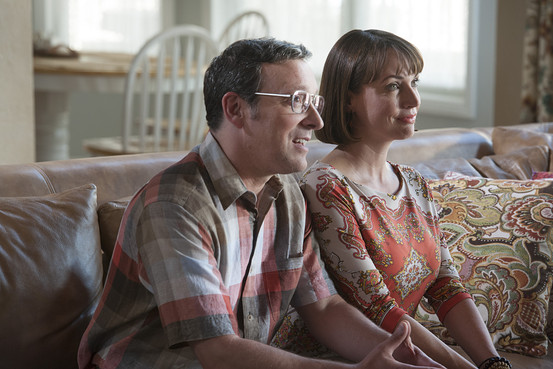 The Kettlemans. I think I’d rather tussle with Tuco than with Betsy.

In one season the producers established not only so much depth to each character (I love when Howard Hamlin  realizes how much Jimmy has sacrificed for his big bro every single morning), but took us on a wild coaster ride what with Tuco, the Kettlemans, the cops back in Philly and Sandpiper. By the way, try and persuade me that his character is not named after Harry Hamlin, who played the kind of arrogant d-bag attorney on L.A. Law that we are led to believe Howard is through most of the first season.

If you haven’t gotten behind BCS yet, or are worried that it is not going to measure up to Breaking Bad, I urge you to give it another try. Bob Odenkirk and Michael McKean are doing wonderful work (and Julie Ann Emery, who plays Betsy Kettleman is absolutely perfect in her role–and I do try to avoid using that term). 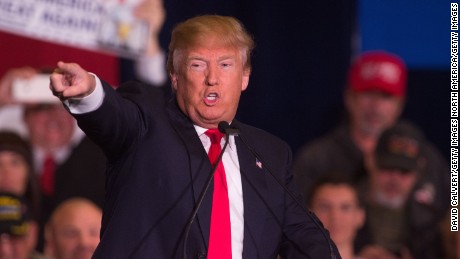 Trump’s success in the primaries is beginning to incite a fuhrer. Heil, Donald

In Nevada, Donald Trump defeats Cruzbio by getting a greater percentage of delegates (45.9%) than the two of them combined (23.9% and 21.4%, which as no Trump voter can tell you adds up to 45.4%). Trump’s latest boast is that he loves the “poorly educated.” And there’s nothing wrong with you if you didn’t have an opportunity to have a good education. It just feels as if so many of Trump’s fans did have that opportunity and just opted not to take advantage of it. Welcome to the Fourth Reich, people.

Oh, soft rock doesn’t get any better than this (Is that a paradoxical statement?). In 1975 Michael Martin Murphey provided the musical answer to the question that the band America had posed a few years earlier, specifically, How can you have a horse with no name? This classic hit No. 3 in 1975. Good times, those.

Josh Hart is Villanova’s leading scorer and rebounder, and he’s come a long, long way since 40 Days and 40 Nights.

Do you really believe that the Kitty Cats or the Mouseketeers are Top 5 teams? Of course not! But this should still be fun one from Cincinnati. Remember Friedman’s First Law of Sports: There are no home upsets in college basketball.