A Medium Happy birthday to Lena Gercke, who turns 28 (or, if you’re a Leap Day stickler, 7, today…)

On the one hand, it seemed a little odd to spend three and a half hours preaching to an audience that people of color need to be included more in Hollywood when the host of the show, the musical director, the president of the Academy who gave a laugh-free speech about such, and two of ABC’s pre-show hosts were African-American. On the other hand, even the lead in The Martian was played by a white dude, and we all know that Martians are little green men.

And so last night in Hollywood, host Chris Rock turned the Oscars into a blackout. And what will the reviews say? Does it matter: To paraphrase Ellen DeGeneres’ final words in her Oscar monologue two years ago, “You either unequivocally praise Rock’s speech, or you’re racist.”

Beavan and Blanchett. Coming this fall to MTV.

Other Oscar thoughts, observations: The (Jack) Black History Minute was clever….Was  Jenny Beavan present at the Waco biker shootout?….Missed opportunity for Chris Rock to note that the only creature of color to get significant camera time in The Revenant was a bear, and he didn’t get nominated, either…She’s beautiful, but were you wondering what was going on with Angela Bassett’s cleavage?….Mark Rylance killed your Oscar pool, didn’t he?….Let’s see, we covered diversity, on-campus sexual assault and priestly pedophilia: #OscarsSoLiberal…That Sam Smith song was rather a snooze, no? And it won. There wasn’t a tune from Straight Outta Compton that they could’ve shoehorned in? 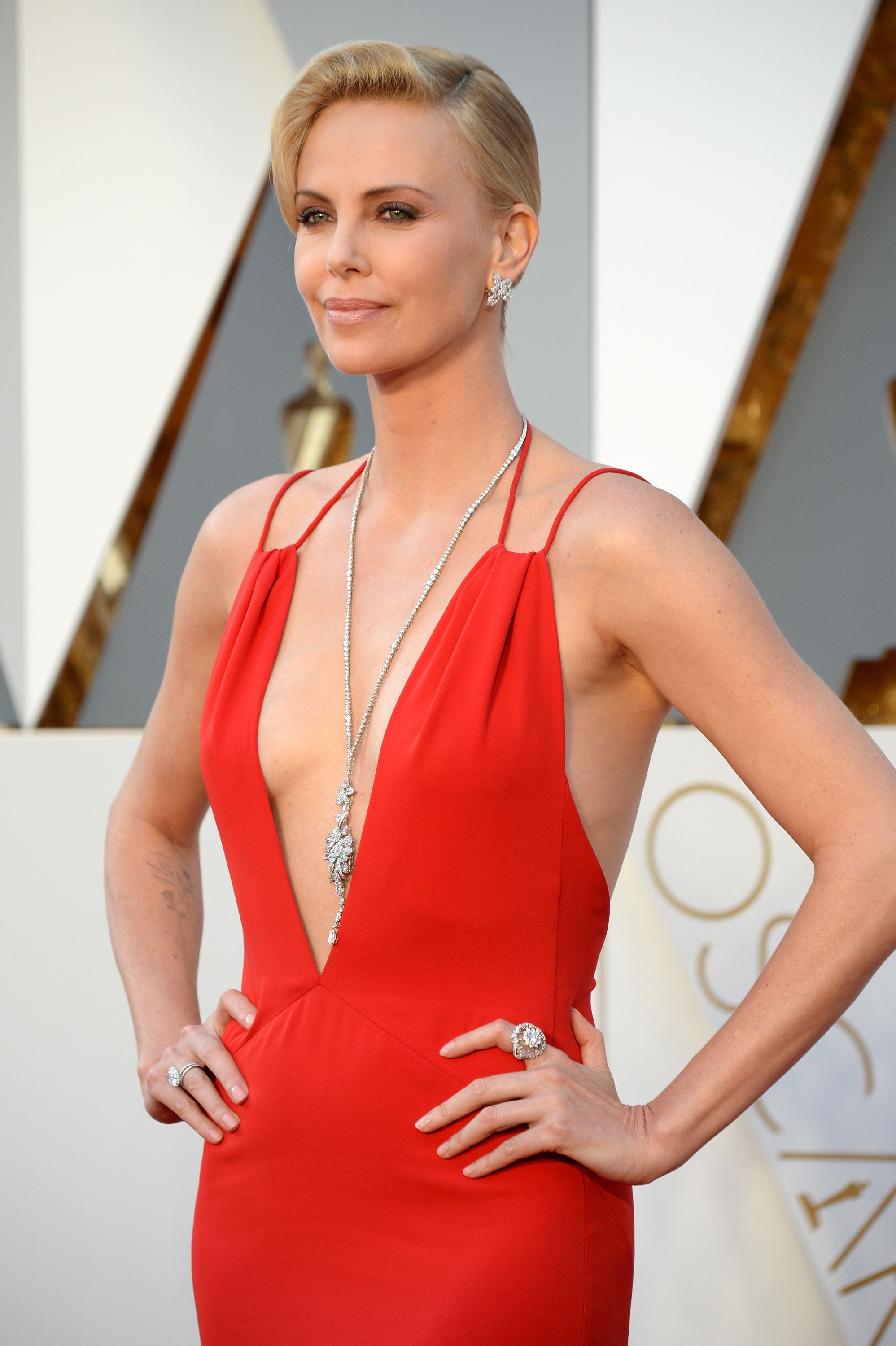 Furiosa showed up with both arms

Ali G. delivered…An Oscars without George Clooney, Tom Cruise, Tom Hanks, or Brangelina. What is this world coming to?….Another missed opportunity for Rock: “Room is a film about a roomful of white people only, kinda like tonight’s show.”….Hollywood kid actors usually induce a gag reflex, but Jack Trembley is honestly pretty cute (I bet he got some action at the Governor’s Ball)…Great intro from Louis C.K. about the Documentary Short Oscar winner having anxiety about putting the statue in his/her crappy apartment (I glanced over at my Emmy when he said that and nodded) (yes, that was a humblebrag)….Watching the intro to Brooklyn gave me goosebumps again; if you haven’t seen it, I recommend…Did you notice that George Miller’s black streak of hair is exactly where Alejandro Gonzalez Inarritu’s white streak is?….Solid acceptance speeches by Inarritu and Leo, by the way.

Michael Keaton has had major roles in the last two Best Picture Oscar winners. Who does he think he is, Al Pacino?….$65,243 in loose change in that theater last night for Girl Scout cookies? You’ll get ’em next year, Lisa Dunn….Six Oscars for Mad Max: Fury Road, all deserved (I still can’t believe they didn’t take advantage of the bungee-chord guitarist)…Charlize Theron, still the most unearthly creature in the room….I don’t think the Entourage movie made the opening montage….Yes, Lady Gaga’s voice is amazing and the message is important, but by that point in the show I was so punch-drunk from the preaching that it was hard to care: the lecture-to-entertainment quota was highly unbalanced…Spotlight, a mild surprise over The Revenant (even though it was a better film)….I’m down with what Leo said about global warming, but it’s ironic that he said they had to go to the ends of the earth to find snow: they should’ve gone to the city where they filmed Spotlight last winter: Boston had plenty of snow.

Either Stephen Curry or Lionel Messi is not going to win SI’s Sportsman of The Year award this year—yes, I know it’s still February. That’s going to be a shame.

Besides the 40-foot game winner launched with about 2 seconds to play in OKC, besides the dozen three-pointers that evening (tying an NBA record), consider that in the final three games of a six-game road trip, three games played in four nights, Curry scored 42, 51 and 46 points. Talk about putting a team on your back. Superlatives are not enough for the season he is having. The media tried to put baby in a corner. Or at least tried to paint him into one. After David Duke, former Imperial Wizard of the KKK, publicly endorsed Donald Trump for president, CNN’s Jake Tapper attempted to get El Trumpitan to publicly disavow the KKK. So your choices are either alienate all of black America (and millions of others) by refusing to do so, or to alienate a portion of your voting base.

And so Donald, who is so outspoken about so many issues (that he knows very little about beyond a bumper sticker phrase), was circumspect and replied that he needed to do more research on the organization. You see, he is a politician, after all.

Donald, if I were your press aide, I would have told you to reply, “I love getting an endorsement from Daisy Duke. She’s gorgeous!” 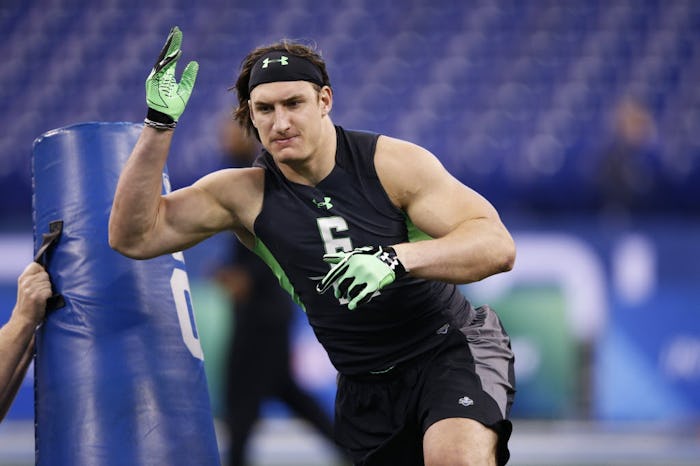 I wouldn’t worry about drafting either of these guys if my name was Bill Belichick. Outside of him, though, it becomes a concern.

I’m not as astute a Wilco fan as many of my friends, but there are quite a few in-the-know people who’ll tell you that this is their favorite post-Nirvana American rock band. They worship at the altar of Jeff Tweedy. The Chicago-based band has never come close to having at Top 10 hit, but this is my favorite song of theirs. And way better live.

“Chuck, take off the space blanket.”

I just want you to love this show as much as I do. Is that so wrong?