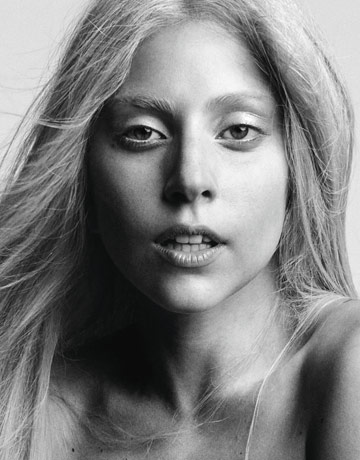 A Medium Happy 30th to Joanne Germanotta, a.k.a. Lady Gaga

Tyler Lydon: As easy as one-shoe three! This was Syracuse’s only three-pointer of the first half.

The lads in orange from Syracuse trailed No. 1 seed Virginia 35-21 at the half. They trailed by even more, 54-39, with 9:33 to play after London Perrantes (he’s from Los Angeles, you know) buried his sixth three of the game. 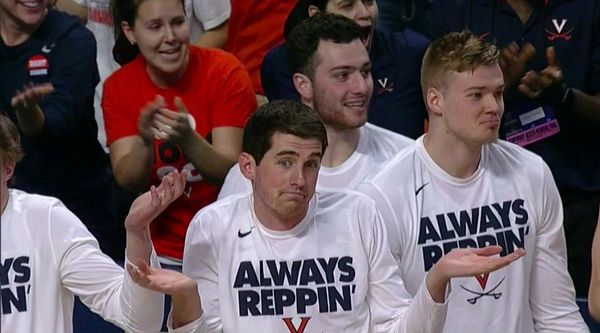 How did you blow a 15-point second half lead in the game’s final 10 minutes, Virginia? THAT’S your answer?

Then it was all SU, “back from the dead” on Easter Sunday, as Kevin Harlan said. The Orange went into a full-court press and the Cavs began pressing. Syracuse went on a 25-4 run and wound up shushing all the doubters who didn’t even believe they belonged in the tourney.

Demetrius Jackson scored 26 in what was possibly his final game for the Irish. The Mishawaka native played his bravest game as a collegian, and the Irish actually led 52-51 midway through the second half.

Your men’s Final Four: Syracuse and North Carolina, Villanova and Oklahoma. The Syracuse women have also already advanced tot the women’s Final Four, along with Washington and nation’s leading scorer Kelsey Plum, whose father is not a professor as far as we know.

You really only need the first two words here.

On Easter Sunday, 72 dead, 29 of them children, as Christians are targeted celebrating at a park in Lahore, Pakistan. What is wrong with these people? And will CNN/MSNBC/FOX cover this even one-fifth as much as Brussels? Also, does humanity appreciate the inherent foolishness of arguing over whose monkey-god is supreme? We’re all dead in the end, folks. Whoever you think is responsible for your creation really doesn’t care any more about you than anyone else. That’s the fact, Jack!

This is South Africa in yellow, and Cameroon in green. And that’s Hlompho Kekaha (which, if you saw The Lion King, you know means “No worries”) scoring from his own end after firing what Dr. Evil would refer to as “a laser.” Kekaha’s goal evened the score in this African Cup of Nations qualifier.

Thar she blows (this is an acceptable time to use “thar”) 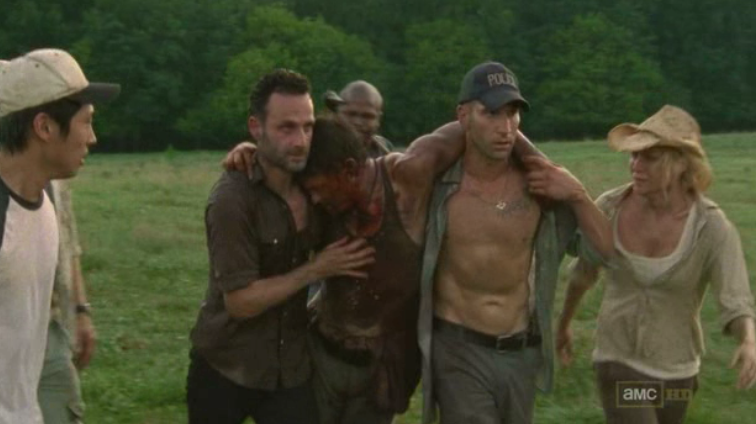 Is Daryl dead? That’s what fans of The Walking Dead are wondering after last night’s penultimate episode of this season ended with Daryl (Norman Reeds) being shot in a classic example of double-crossing and crossbow aficionado. Of course, after the Glenn death-not-death, does anything really even matter on that show anymore?

Sepinwall is ready to break up with the show heading into next week’s 90-minute season finale.

So, I noticed on Friday that Rachel Platten’s girl power anthem of recent vintage has 160 MILLION views on YouTube. And, yes, it’s got a great chorus. It peaked at No. 6 on the Billboard charts last year.

And then I noticed that Helen Reddy, the progenitor (progenitress?) of the female power anthem, has less than 40 THOUSAND views for the original video for I Am Woman, one of the most influential songs of the 1970s. The Australian’s anthem hit No. 1 on the Billboard chart in December of 1972 and became the first tune by an Aussie artist to hit No. 1. It still sounds good.

Inspired by these girl power songs, I wrote a cat power song (but not a Cat Power song) titled “I Am Kitty.” Enjoy.

I am kitty, hear me roar,

Cuz that’s my tail caught in the door,

But I know just how to trip you on the stair,

I’ll cost you thousands at the vet,

Every coat of yours is littered with my hair,

And treat you with disdain,

If I have to, I can nap anywhere, Get ready for a splash of color this week….

Last week’s preview implies that this may finally be the week when Jimmy McGill goes rogue. The colorful suits suggest that perhaps he’s once again going into business for himself? Or will he and Kim hang up a shingle together? Listen, there’s no show on TV that  grooves between hilarious and deadly better. It’s, as you already know by now, my favorite show. Enjoy!