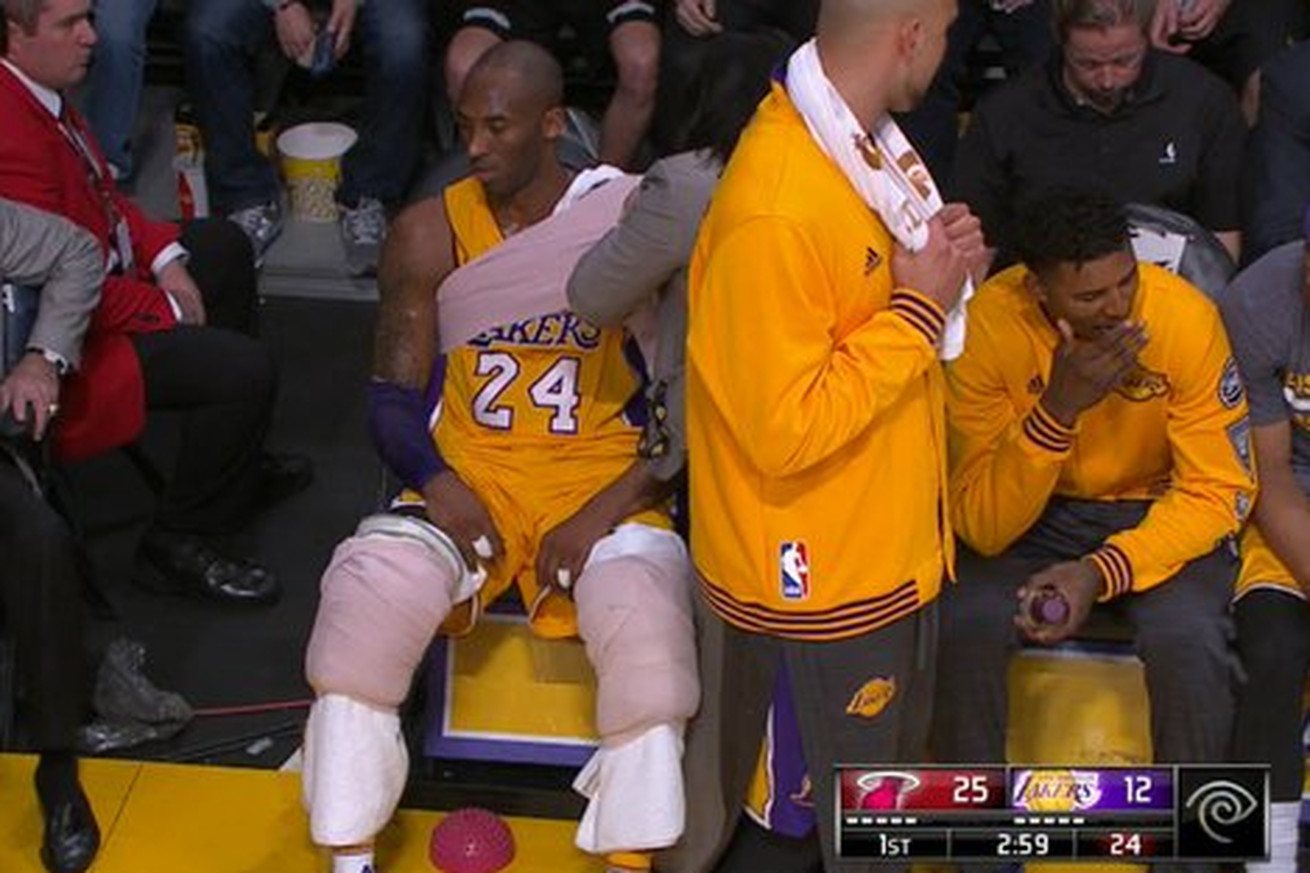 Kobe scored 2 points, then was taken out with “general soreness” (It only gets worse, Kobe; trust me).

I don’t know if any of the Lakers slapped hands with D’Angelo Russell after he shot a free throw.

The angle looks off here, but the shot went in

In other NBA overtime news, the Dubs needed it in Salt Lake City before taking down the All That Jazz, 103-96. Klay Thompson missed a three-pointer with less than :25 to play and the Warriors trailing 89-86, but GSW got the offensive rebound, kicked it right back out to Klay, and he buried it with :21 to play to force overtime.

Golden State is 68-7 and the Spurs, who still have two games against them, will probably be resting their starters. GSW could very well face Utah in the first round.

The man on the right saved Brett Connellan’s life, and the woman on the left is like, just another sheila in New South Wales

Sure, you’ll want to read here about how 22 year-old pro surfer Brett Connellan was mauled by a shark at Bombo Beach (Why do Aussies have such wonderful names for beaches?) and lost much of his left thigh, but stick around for the video as the man on the right, “Joel,” is captioned as his “hero mate.” And that’s Joel’s girlfriend, Agie, an intensive care nurse. I mean, who needs to “build a wall” (and Mexico’s gonna pay for it) when we should all just move to Australia and hang out at places named Bombo Beach, where everyone looks like Jude Law or Naomi Watts ? Connellan may be retiring this board

Connellan, from his IC bed, issued a statement pleading that this incident not lead to any reckless shark hunts. He’s a good man.

Berube played on the 1995 UConn team that went 35-0 and won the national championship, kickstarting the modern era of women’s college hoops

Yesterday in Newsweek we ran this piece I wrote on how this week, for the first time since they began staging a national championship in women’s hoops in 1972, all four head coaches will be male: Geno Auriemma of Connecticut, Scott Rueck of Oregon State, Mike Neighbors of Washington and Quentin Hillsman of Syracuse. At least 14 dead, more to come

In the Indian city of Kolkata (formerly Calcutta), one of the most populous in the world, an overpass collapses above a street, trapping dozens. They are not big on inspections in India.

Over My Head (Cable Car)

When Denver-based band The Fray released this song in late 2005 off their debut album, it became the fifth-most digitally downloaded tune of the year, selling more than 2 million copies. It lost the Grammy for Best Pop Performance the following year to “My Humps” (what a time to be alive). 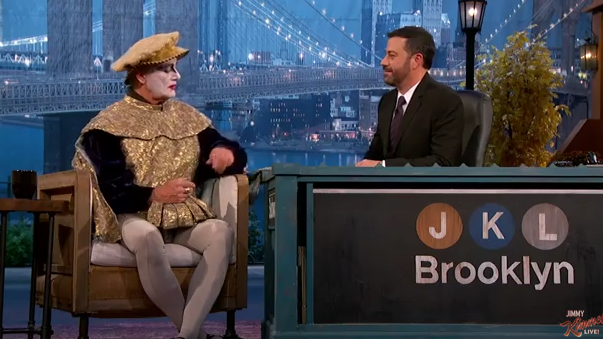 Not much worthy fare on tonight, but one of the world’s greatest guests, Bill Murray, will be making an appearance. Also, on Conan (11 p.m., TBS), the ENTIRE cast of Batman vs. Superman (like, the top 5 billed names) will be appearing. Is that the acrid scent of desperation you smell?