A Medium Happy 37th to Kate Hudson, who has been upping her Watt-age lately. You’ll always be Penny Lane to us…. I hope everyone in Houston owns Samsung Galaxy phones….

An estimated 240 billion gallons of rain water fell on Houston on Sunday and Monday, leaving much of the fourth-largest city in America under water. Five people are dead, all of them found in partially or fully submerged vehicles. Now wait until the homeless water moccasins are seen floating past. No word yet on how this will impact the Warriors-Rockets series, Games 3 and 4 of which are scheduled later this week in Houston. Why not hold them in LA or Phoenix? Do the Rockets even care about playing?

Wouldn’t it just be easier to slip some ricin into Hector’s Splenda packet?

Someone, I don’t know who, figured out before last night’s season finale that the first letter of the titles of the 10 episodes of season two of Better Call Saul were an anagram for “FRINGS BACK.” And Vince Gilligan pretty much copped to it on Talking Saul after the episode. So I think we can reasonably surmise who scrawled “DON’T” on a piece of paper and left it on Mike’s windshield. For trivia buffs, that was mesquite wood that was left to jam the horn.

Elsewhere, Chuck’s jealousy of Jimmy is now seen as the impetus for his hatred of him. And Chuck out-Slippin’ Jimmys Jimmy in the season’s final scene. This will also cause collateral damage for Ernesto, who lied to save Jimmy’s bacon. Our hero does have moxie; his Achilles heel is his loyalty to his big brother. 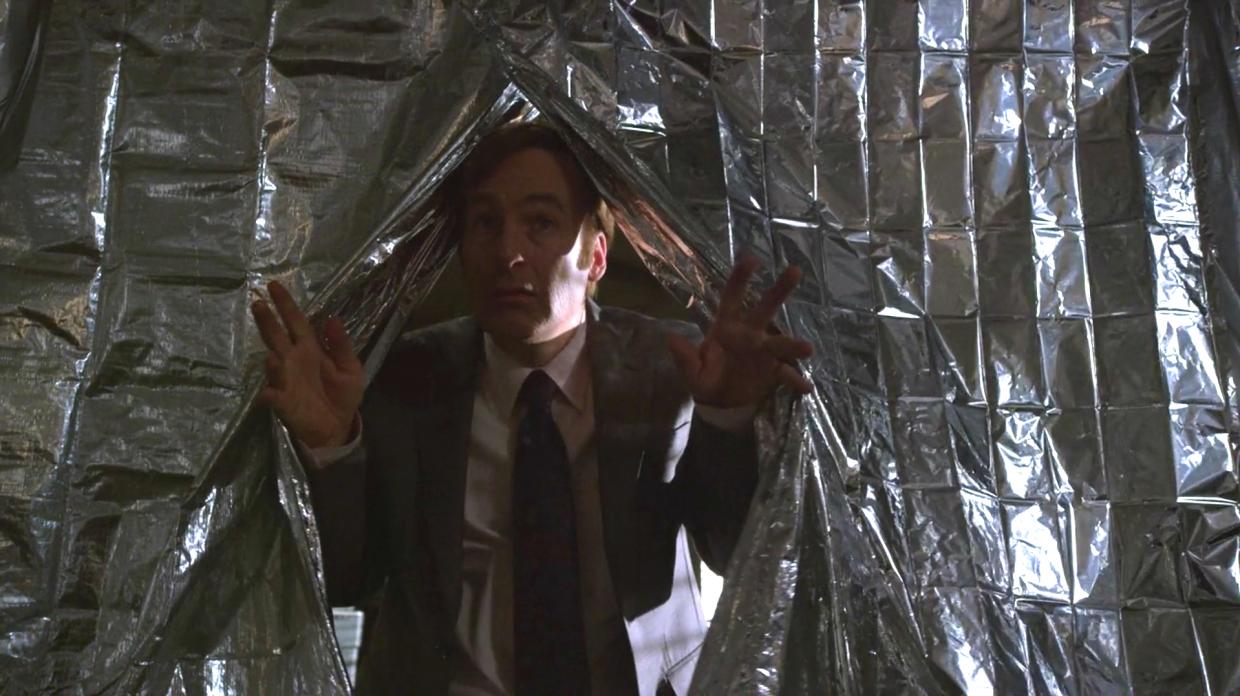 This show just keeps getting better. Hoping more viewers are finding it. It alternates between high comedy (“I want a coffee, too, but no cream”), deadly Breaking Bad moments, and also the most primal emotions in terms of relationships. Vince Gilligan is now responsible for two of the best shows of Peak TV.

Quick Note: “Gimme Jimmy!” is every bit as good a catch phrase as “Better Call Saul.”

Quick Note 3: How much better of a show would Talking Saul be if its producers/Chris Hardwick were not so obsesses with catering to short-attention span millennials (and non-millennials)? The show is so frenetic and in debt to its quizzes, reader polls, etc., that it never settles down long enough for some serious discussion. Last night Jonathan Banks, who plays Mike, attempted to briefly hijack the show by opining on the nature of brothers and forgiveness, and you could tell he really had something to say, and all Hardwick did was stand up and say, “I’m going to give you a hug.” What a missed opportunity by both Hardwick and the show. And we know he’s more intelligent than that. It’s too bad he doesn’t trust his audience or his gut. That could’ve been an actual moment.

Quick Note 4: Predictions for Season 3: Chuck uses the tape to blackmail Jimmy into agreeing to change his name professionally in exchange for not pursuing felony charges. Gus introduces himself to Mike, suggests they work together behind the scenes. A Grammy, a Pulitzer and now a boatload of Tonys on the way soon

Not unlike the hero of his play, Lin-Manuel Miranda is a New Yorker whose family originated in a tropical island. Also, he is a gifted and prolific writer. Yesterday the Broadway musical won a Pulitzer Prize for drama (Ron Chernow’s tome, Hamilton, from which Miranda drew inspiration, never won the Pulitzer).

I have thus become inspired to write my own musical based on the life of a non-presidential political power broker. Say hello to “Stephanopoulos.”

I’ll tell the Clintons ‘I’m on top of this’/Just you wait, just wait”

4. Villains of Round One

I know this is an annual whine, but can we agree that the NBA playoffs are an interminable trudge and slog, assuaged only by the presence of the “Inside the NBA” crew? The entire affair should be at least 3 weeks briefer. Best-of-five first two rounds, then best-of-seven last two rounds. 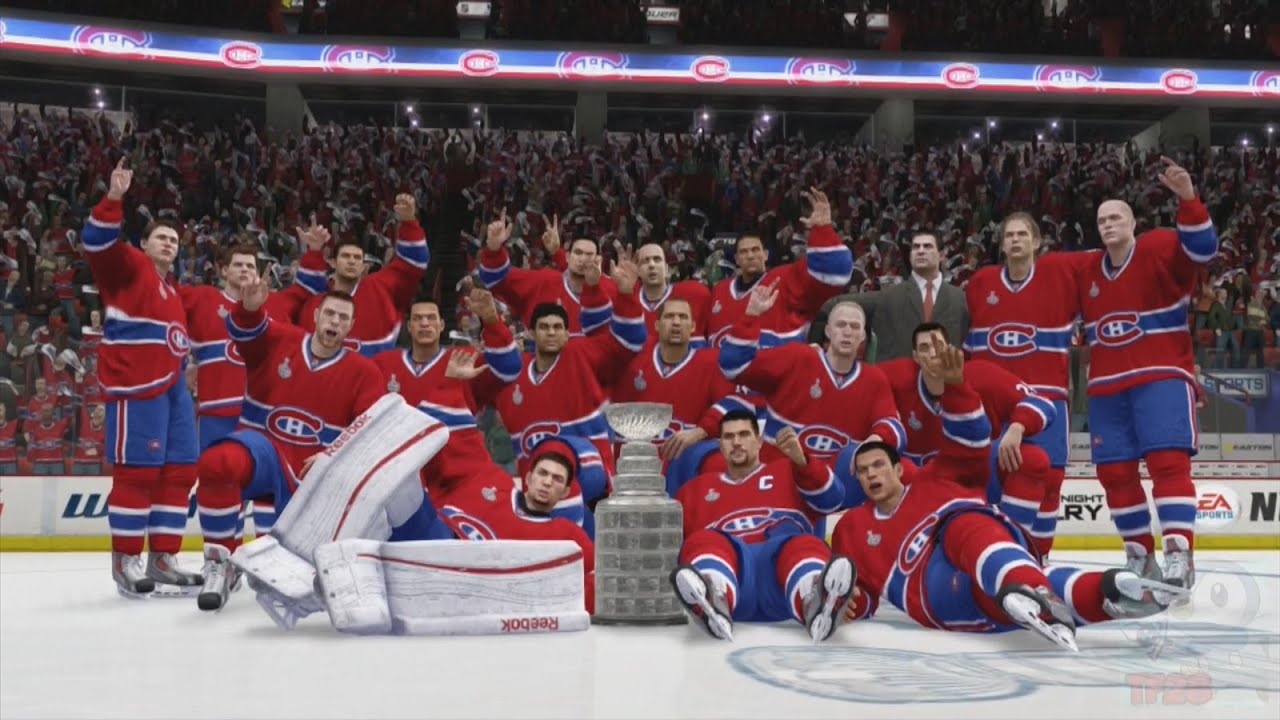 Overlooked here (as we overlook everything hockey), but there are no Canadian clubs in the 16-team NHL Stanley Cup playoffs. Seven of the NHL’s teams are from north of the border, as are more than half its skaters, but for the first time in since 1969-70, no Canadian team is in the playoffs.

If you include Buffalo, which is almost Canada, that’s all eight teams from Canadian, hockey-mad cities not vying for Lord Stanley’s Cup. And for the 23rd year in a row, a Canadian club will not win the thing.

Unlike most cool trends, punk rock started out on the East Coast and eventually made its way west in the form of the band X. The band’s 1980 debut album, “Los Angeles,” was recently named the ninth-best punk rock album (“of all time,” not that they were releasing many punk albums in the 1400s) by Rolling Stone. That’s spouses John Doe and Exene Cervenka on vocals.

I have no ideas if this will be any good, but the reviews of this six-part spy thriller miniseries have been stellar and as a frequent viewer of AMC, I’ve seen the promos dating back to when Ben Carson and Marco Rubio were still running for president. Besides, Hugh Laurie is good in everything he does and British people are smarter than we are with better accents. We just do food better than they do.