In today’s edition of “More Than Mean” tweets, someone got the passwords of Laremy Tunsil’s Twitter and Instagram accounts and showed the above photo and a text convo between Laremy and Ole Miss coach John Miller and which he’s asking for $$$ for his rent. #SoWhatWhoCares

Tunsil, who could have been chosen as high as 3rd without all the baggage, went 13th to the Miami Dolphins. All in all, he sort of won.

Erlich Bachman, founder of Aviato and nurturer of Pied Piper, doesn’t see what the big deal is….

Meanwhile, not sure if Hugh Freeze, the Ole Miss coach, survives Tunsil admitting he took money (and why did Todd McShay admonish him for doing that? “Gotta be more mature”) from a coach. Freeze hearing Tunsil said that would be The Blind Side 2: NCAA Boogaloo. Jimmy Sexton is both Freeze’s and Tunsil’s agent. That seems awkward. 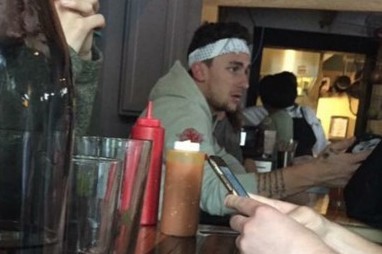 Sad Trombone alert: Johnny Manziel reportedly watched the early picks of the draft inside a bar in Columbus, located on High Street, before a Bieber show.

The question: Who hacked Tunsil’s accounts? The weirdest part? You can actually make a case for Tunsil doing this himself, though I don’t think he’d have that much ire toward Ole Miss. People have suggested his step dad….or maybe someone he knows who wanted to ruin him for whatever reason. I think it may have been Mr. Robot myself. Stay tuned. Apple: Could become a “CIA operative.”

The Giants, picking 10th, selected The Ohio State DB Eli Apple, whose big flaw was supposedly “Can’t cook.” This is significant since the G-men play just 72 miles south of the Culinary Institute of America in Poughkeepsie, N.Y.

A’Shawn with either his mom or bae, depending on if you believe he’s 21 or 41

Joey Bosa got a haircut….Five Ohio State players chosen among Top 20, further confirming that Notre Dame lost to the best team in college football in the Fiesta Bowl…I thought Ezekiel Elliott’s crop top was genius, and he’s going to be a star…Derrick Henry won the Heisman Trophy last year and yet nobody even mentioned him last night (Christian McCaffrey wuz robbed, I’ll say it yet again)….Is it just me, or does A’Shawn Robinson kinda look like a Minion?….The Cardinals got a steal in Robert Nkemdiche at No. 28, although after the Morris twins, is Phoenix really ready for a gifted jock with a brother whose trouble? Still, someday we’ll recall that the 49ers took Joshua Garnett one pick before Arizona took Nkemdiche, and we’ll recall that twice each fall when they line up against one another and NK destroys him all game… 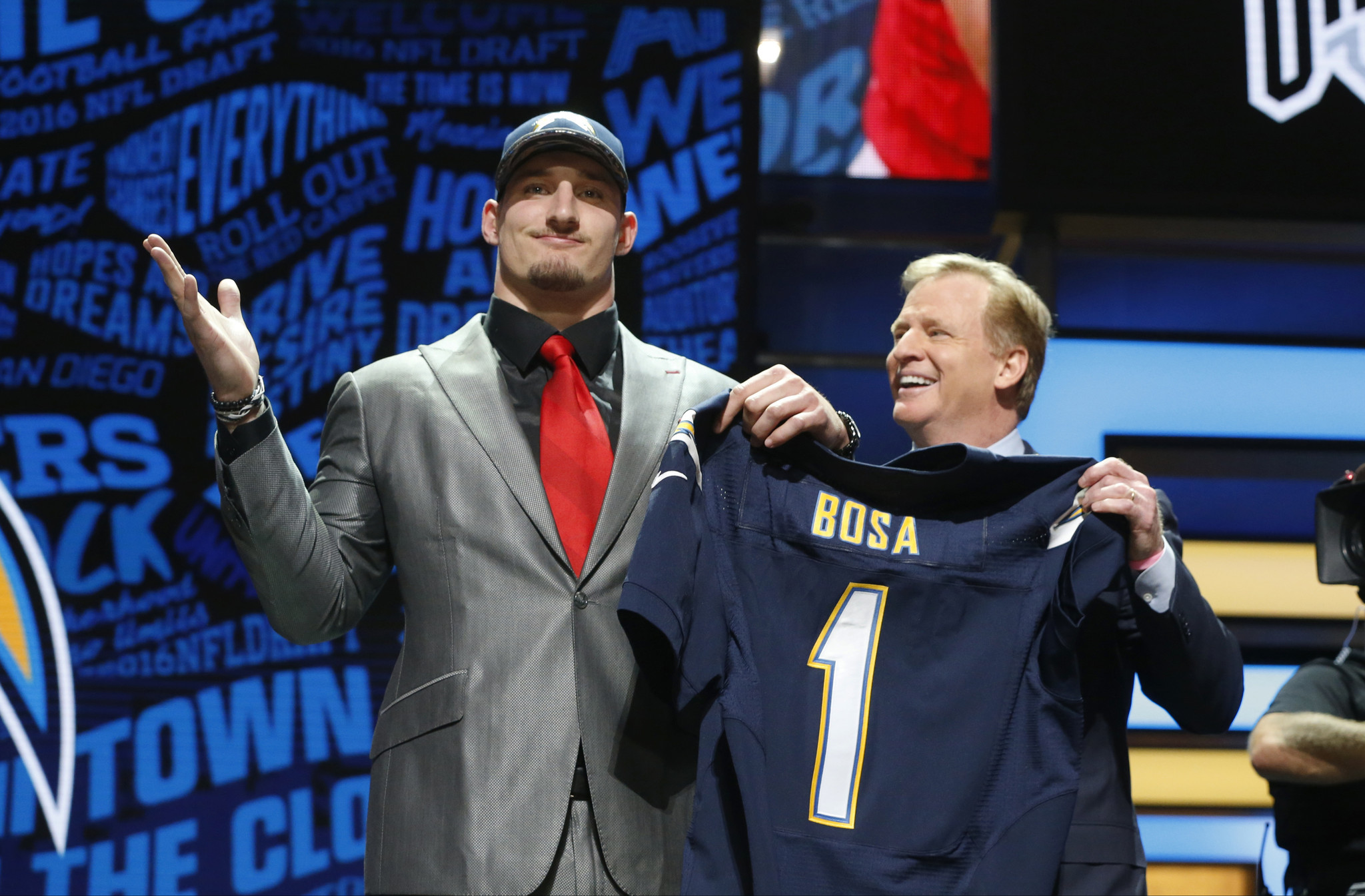 Also, check out these odds on what will happen with last night’s picks going forward into the future…..

National League batting champion Dee Gordon of the Miami Marlins, who hit .333 last season, has been suspended 80 games effective immediately for using PEDs. Gordon will lose $1.65 million in salary and is ineligible for the postseason. Curious note: This is Barry Bonds’ first year as the Marlins’ hitting coach.

This happened a week ago, but I didn’t get around to posting it. And it’s been an entire week without a Taylor Swift post here, what were we thinking? So here’s Taylor welcoming a reporter from Vogue into her house—Is he wearing a GoPro?—who then proceeds to ask her 73 rapid-fire questions as she subtly gives us a tour of the downstairs. Frankly, I was hoping for more of an airy home with higher ceilings, but people worth tens or hundreds of millions of dollars can’t be choosers, I suppose.

And just so you don’t begin accusing me of playing favorites, here’s Blake Lively, who informs us that Ryan Reynolds calls their kitchen “The Blakery”….

If you haven’t seen Season 2 of Silicon Valley yet, catch it. The show, not unlike the boys at Pied Piper, got thrown out of whack at the end of Season 1 when Christopher Evan Welch, who played Peter Gregory, died of cancer. But it found its footing early in the second season, introduced an outrageous new character in Russ Hanneman (loosely modeled on Mark Cuban), and found the perfect balance between being a satire of the tech world and also a show akin to Entourage or How To Make It In America (both HBO shows). Love Bighead. Love Gilfoyle. Love everything about this show.