Europe is bae and England’s all like, don’t play me no more

*The judges will also accept “Where, Wolves of London?” or “Children of Mendicants” or “We’re Out of the European Union, Jack!” or even “Finding Tory.”

Have you heard about the new Brexit Diet? Swear off the European Union and watch the pounds disappear! I am not astute enough to understand all the nuances and ramifications of the vote in which the British decided to exit the EU, but I do know that this dude, Boris Johnson, is the pol who championed the “LEAVE” movement, and if he does not remind you of somebody stateside, well….

Meanwhile, for us Yanks, I kind of see Brexit as the mild heart attack we had as our own election looms. Will we swear off the double cheeseburgers or will we just pretend that our heart will never explode as we make choices based on instant gratification?

Did anyone behave with more sagacity in last night’s NBA Draft than the Minnesota Timberwolves (no, you don’t need glasses; I actually typed that). First, the T-Wolves selected Kris Dunn out of Providence, who may not have Ben Simmons’ or Brandon Ingram’s talent, but he probably has the most NBA polish of anyone left.

Second, they did not trade any of their young nucleus, specifically Zach LaVine, for Chicago’s Jimmy Butler. Again, wise. I know Butler is an All-Star and in his prime, but if you watched Minnesota a year ago, they have a bunch of barely legal guys who like one another and are growing up together. They TRUST one another (Lavine, Andrew Wiggins, Shabazz Muhammad, Karl-Anthony Towns) and it shows. If you watched them beat Golden State on its home floor this season, one of only two teams in the regular season to do so, you saw that. This is  a playoff team next year and if they can stay together, are going to go far. I see a lot of potential for the 2012 OKC Thunder in these T-Pups. That squad had Kevin Durant, Russell Westbrook, James Harden and Serge Ibaka. Then they decided that they could not pay them all, and perhaps they were right, but none of those four guys have a ring and maybe they never will. Cue Al Green: “Let’s stay together…”

And you’re telling me there’s also a plot?

The Shallows: Sort of a fish-out-of-water involving a Texan on a remote Mexican beach being terrorized by a malevolent shark.

Finding Dory: A fish-in-the-water-out-of-water story involving a tiny fish who just wants to find her family.

The difference is that Blake Lively in a bathing suit versus Ellen Degeneres as a pixilated regal blue tang. So, you know…

4. Now He’s on The Tonight Show

Two nights ago, with Tim’s help and that of a few others who made sure to get that video in front of the eyes of Tonight Show producers, Jack made his network television debut. I honestly don’t know of any professional comic, including those on Saturday Night Live, who can do all five of those voices (Trump, Sanders, Cruz, Clinton and Obama) any better. That may not be the last late night Aiello works at 30 Rock. 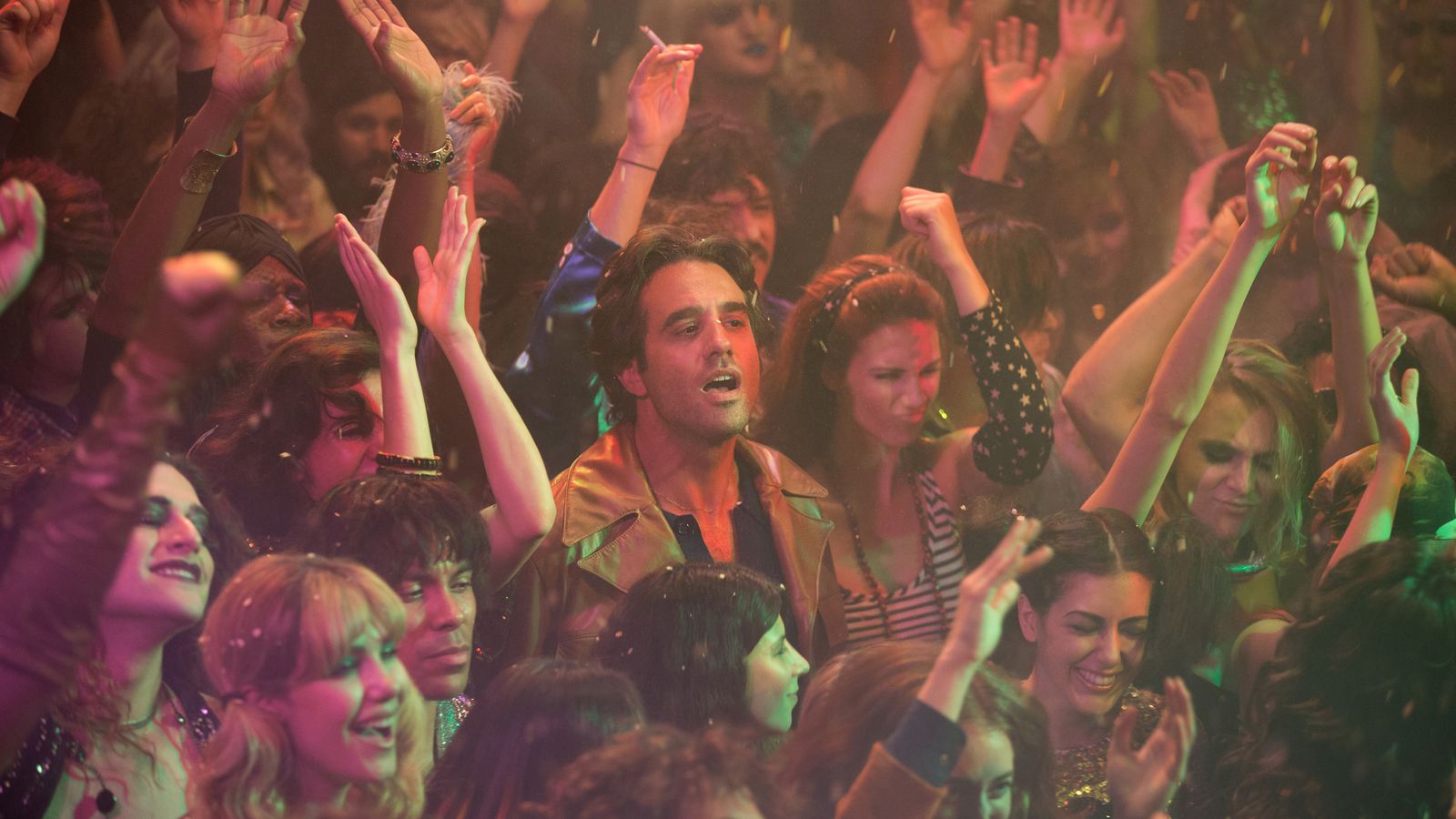 The show itself had a personality crisis, but it was still terrific

No, Vinyl was not the next Breaking Bad, Mad Men or Game of Thrones. But it was a good show that took some ambitious steps (occasionally overreaching, sure) that was extremely faithful to the New York City of the early Seventies that I remember as a boy, right down to Max Kinsella’s cheesy outfits.

It dropped real-life music history references and dared you to fact-check them online for accuracy (yes, Bruce Springsteen and Bob Marley actually did play the same night at Max’s Kansas City in July of 1973) and it introduced us to fantastic young actors such as Ato Essandoh.

One of its better moments….

Then again, True Detective lasted but one season (I know, I know; that’s my point), and you can’t take Rust Cohle and Marty Hart away from me. So I guess I’ll just have to think of the gang from the record company whose logo resembled a toilet bowl that way. RIP, Vinyl. Godspeed, Richie!