A Medium Happy 45th to the Egg McMuffin. How can something so wrong taste so right?

A few thoughts: 1) Syria is roughly the size of North Dakota. 2) Syria is embroiled in a civil war and it is a largely lawless place. 3) ISIS benefits from operating out of Syria, but there are no defined bases, military installations, etc. 4) It’s pretty clear that in order to wipe out ISIS, at least quickly, you’re going to have to put troops in Syria….However, 5) If you study the lessons of Vietnam and Iraq, you’ll remember that putting American troops in nations that have zero political stability does not neatly solve the problem. After all, you have to remember 6) that the average Syrian or Kurdish teen isn’t reading the opinion pages of The New York Times or Washington Post. It’s pretty easy to convert someone who looks like you and prays to the same God as you to your side of a military squabble as opposed to him taking the side of the invaders, the “infidels,” who do not worship Allah. And so by attacking the hornet’s nest there’s the very real chance of exponentially increasing its numbers.

So, 7) good luck turning the truth into a political sound byte to your advantage. Anyone can say, 8) “We have to wipe out ISIS.” How you do it and introduce stability to a crazed region is another question, because, sure 9) 41 dead here, 82 dead there are awful numbers, but thousands of U.S. troops dead somewhere else without any victory (see Vietnam, Iraq and Afghanistan, with more than 80,000 dead and little to show for it except a a 12-figure expense report) is not advantageous, either.

The judges will also accept “Will and (Dis)Grace”

Leftover from the weekend, but George Will quit the Republican Party over Donald Trump. Characteristically, Trump called the Pulitzer Prize-winning journalist a “loser.”

Of course, the Trumpets have as much as called Will a poofta for abandoning the GOP, not quite appreciating that Trump has hijacked it. At day’s end, Trumpets are nothing more than FSU Twitter while men such as Will and Mitt Romney are just trying to say, “Can’t we just win without abusing coeds?” Yes, this means that Paul Ryan is Jimbo Fisher. 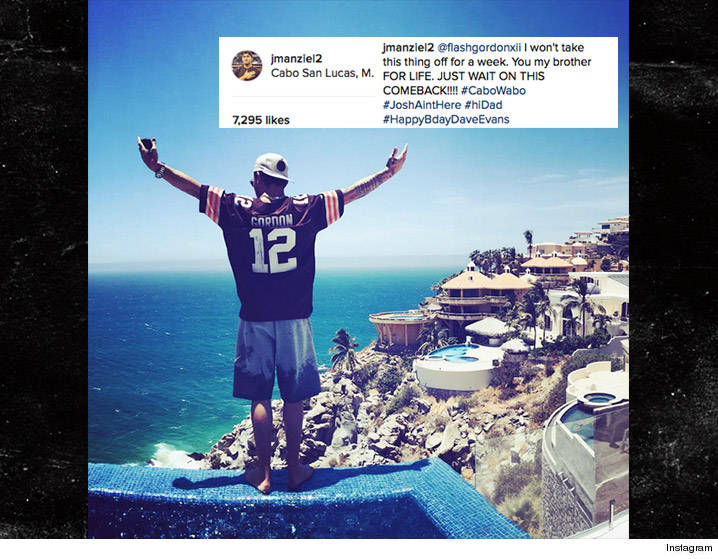 Look up “sybarite” in the dictionary

If you ask me who Johnny Manziel reminds me of, it’s not a football player. It’s Sean Parker, the dude who became a billionaire before he was 21 by inventing Napster and then became an incorrigible party boy. Tim Tebow, meanwhile, is leading prayer groups on trans-continental flights. Manziel earned his money and how he wastes it, or his life, is really none of our concern as long as he isn’t smacking up females, is it? I mean, it’s not an inspirational tale, but it’s his life. And he’s never returning to the NFL, anyway.

Gowdy’s report was 800 pages so, not curt

This is Trey Gowdy, who oversaw the 800-page report on the Benghazi investigation and who only looks like every villainous lawyer from a John Grisham film. I don’t have much more to say than that they didn’t appear to find a smoking gun on Hillary (it was in the hands of Zurlon Tipton, apparently) and that maybe if George R.R. Martin is still suffering from writer’s block, he should just hand in the report as his next manuscript and see if anyone notices. So Valley of the Dolls is on NetFlix and I’d never seen it (and I still haven’t watched it all the way through), but it’s very racy for 1967 and I can confirm that Sharon Tate, who was slain in the Manson Family murders in August of 1969, was quite the ethereal beauty. I was reading up on her grisly end and learned something very strange: on the afternoon of the night that she died, her younger sister Debra phoned and asked if she and their other sister, Patti, could come over and spend the night. Sharon said no and told them they’d have a sleepover on a later date. Saved their lives. My Paul Harvey moment for the day.