Yes, we’re talking to you! A Medium Happy 73rd to Bobby D! Reach Out and Touch Somebody’s Hand…

In a women’s 5,000 heat, American Abby D’Agostino was running directly behind New Zealand’s Nikki Hamblin when their spikes became intertwined. Both runners fell. At first Hamblin appeared to be the more injured runner, and D’Agostino remained behind to help her up. The two took off running, and then D’Agostino’s knee began to bother her and she dropped. This time Hamblin waited to help her up. At first, D’Agostino helped Hamblin up

Both runners were lapped, but both also finished their heat. Officials gave them an exemption to move onto the next round. The two hugged after crossing the finish line and created, yes it’s a cliche but it’s true, an unforgettable Olympic moment. Look at the joy on D’Agostino’s face. I don’t care if it sounds hokey, this is part of why we love the Olympics. And it will also go a long way toward smoothing those icy relations between the USA and New Zealand. Wait, huh?

Brazil’s version of “Another point for Milos!”

The Brazilian women’s indoor volleyball team, two-time defending Olympic champions, fell to China in the quarterfinals, 3 sets to 2. In women’s soccer, Brazil fell to another cowardly effort by Sweden in the semis. And then THREE-time defending women’s beach volleyball studdess, Kerri Walsh Jennings (and April Ross-Rachel), lost to Brazil in straight sets in the semis, one day after her 38th birthday. Simpson, who turns 30 one week from today, will always be the first American woman to have medaled in the 1500

In the women’s 1500 world-record holder Genzebe Dibaba of Ethiopia was caught from behind in the final lap by Kenya’s Chepngetich Kipyegon (yup, that’s how you spell it). Friend Of the Blog (FOB) Jenny Simpson finished third. If you’re scoring at home, Simpson and her close friend Emma Coburn each took bronze in their events and each became the first Americans to ever medal in their respective events, the 3000-meter steeple and the 1500. 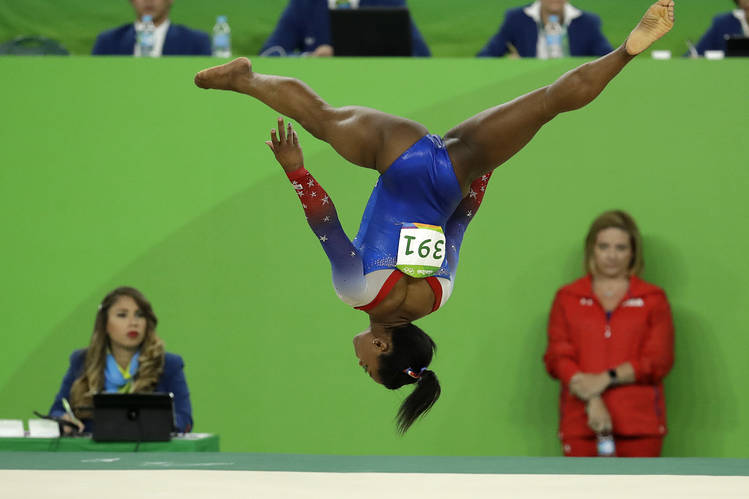 Biles is actually heels over head

With her gold medal in the floor exercise last night, Simone Biles wins four out of a possible five golds in women’s gymnastics, which ties for the most stunning single Olympics a female gymnast has ever had. Plus, she met Zac Efron, which has never before happened to an Olympian during the Olympics, as far as we know.

For the record, the Soviet Union’s Larisa Latynina also won four golds in one Olympics, 1956 in Melbourne. Latynina also owns more golds (9) and more overall medals (18) than any female in Olympic history, though both Biles (4 and 5) and swimmer Katie Ledecky (5 and 6) are gaining on her and Ledecky should definitely be there in Tokyo, and possibly also in 2024 in…Los Angeles?

The deal of the Art: He’s perfect, apparently

Art Briles: “I’ve been in [coaching] 38 years, and I’ve done, you know, lived the right way for 60 years of my life. I’ve never done anything illegal, immoral, unethical.”

Rick Perry (to Gold Star father Khizr Khan) : “In a campaign, if you’re going to go out and think that you can take a shot at somebody and not have incoming coming back at you, shame on you.”

Maybe you two just don’t need to speak as much. 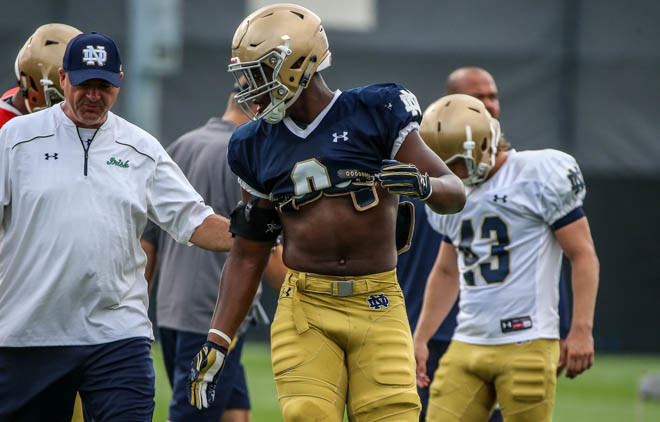 After nearly a week of practice, our pal Pete Sampson has taken his eyes off Chris Finke long enough to note that freshman defensive end Daelin Hayes has made quite the impression on the Irish staff. The 6’3 1/2, 250-pound Michigan native had more tout to his name than any other incoming frosh defensive player for the Irish, so this is not a big surprise.

At another defensive end is “stout” (read: fat but in shape) 285-pound junior Jay Hayes, who is also 6’3″-ish and will also see plenty of reps. If your memory on Jay is hazy, that’s because the Brooklyn native was basically red-shirted. He also was benched for a game for sending out mean tweets. Hayes has moved from defensive tackle to defensive end.

The only Van Halen song that inspired a film title, this came off the band’s third studio album, Women and Children First, which was released in the spring of 1980. It has trademark Eddie riffs and David Lee yowls. You can visualize Diamond Dave punctuating Eddie’s guitar licks with some killer karate kicks, no?

NBC and NBC Surrogates  ALL DAY 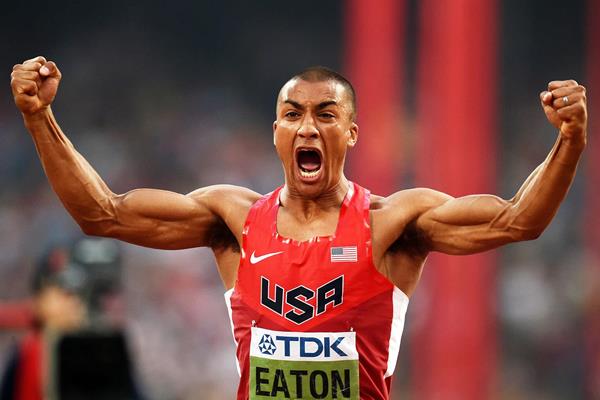 Ashton Eaton will attempt to become just the third repeat winner in the men’s decathlon, following Bob Mathias of the USA and Daley Thompson of Great Britain

Men’s hoops: USA vs. Argentina, quarterfinals, at 5:45 p.m. If the U.S. men, who have won a pair of games by the margin of a Steph Curry special, lose, they’re out of a chance for any medal. Track: Decathlon begins and the women’s 200 final. Both women’s beach volleyball matches commence later tonight, as Jennings Walsh-Ross Rachel (you have to admire my commitment to a tepid joke) meet Brazil’s No. 1 team for bronze, not gold. Also, men’s boxing, Neymar and Brazil meet Honduras in a men’s soccer semi, and right now I’m watching badminton on USA Network.