A Medium Happy 38th to the world’s most watched Uber driver, James Corden. 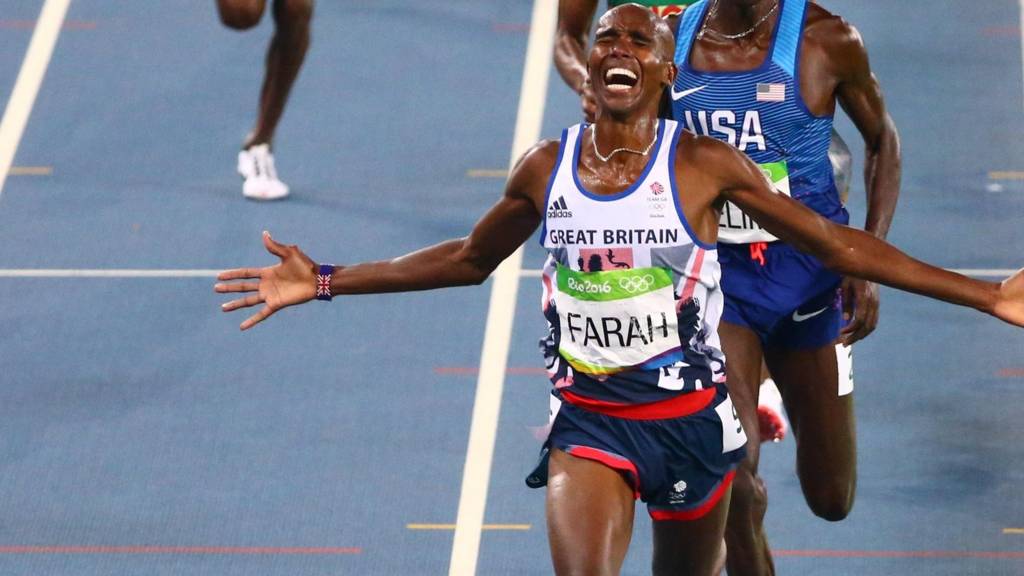 You know who had a great Olympics  in Rio? The only nation with “Great” in its name (they’re the Tony the Tiger of nations). Sure, the USA steamrolled everyone in the medal count with more golds (46) and more medals (121) than anybody.

But—and here’s the thing—four years after hosting the Summer Games in London, Great Britain, a kingdom of humans with about 20% as many people as the USA, finished second in both golds (27) and silver medals (23), and were third overall behind the USA and China. The Brits, led by Mo Farah’s double in the men’s 5,000 and 10,000, amassed more gold medals and medals overall than than Russia, than Germany, than host nation Brazil (which has the world’s fifth-largest population). Great Britain has the world’s 21st-largest population.

Maybe there is something to this Brexit thing.

After their wrestler was, in their minds, stripped of his medal, they did some stripping themselves

(Warning: The names in this story, in terms of spelling, have a degree of difficulty that only Simone Biles would dare attempt in normal settings)

Let’s do what most major news outlets on this story have not: Tell you whether or not the Mongolian coaches and their athlete were wronged or wrong. The answer is the latter.

News stories and tweets made the story all about how Mongolian head wrestling coach Tserenbaatar Tsogtbayar and assistant coach Byambarenchin Bayaraa went berzerk after their wrestler, Ganzorigiin Mandakhnaran, lost to Uzbekistan’s  Ikhtiyor Navruzov (phew; the difficult part is over) after receiving a one-point penalty at the end of the bronze medal match. We heard and saw how the two coaches doffed duds, one taking off his shirt and the other going full Upper and Lower Mongolia, losing pants and shirt.

Few news services explained why. Seems that Mandakhnaran was up 7-6 in the closing seconds when he started celebrating (some old and middle-aged white guys, like me, might even refer to it as taunting), which meant that he was not engaging with his opponent. That’s a one-point penalty, which put the match at 7-7, and under the rules, the last man to earn a point, in the case of a tie, wins.

Mongolia chose not to attend the clothing ceremony. Its Olympic contingent leaves Rio with one bronze and one silver medal.

3. A Not So Tragic Tragically Hip Show

When Gord Downie, lead singer of Canadian band The Tragically Hip, announced that he had terminal brain cancer, the band did not shrink out of sight. The 52 year-0ld lead singer led the band on a short summer tour, with last Saturday night’s show in their hometown of Kingston, Ontario, being their fond farewell.

Prime minister Justin Trudeau attended. Canada basically shut down on Saturday evening, as the concert aired on CBC and there were also viewing parties at venues all over. The Tragically Hip never translated south of the border, which may have made them even  more popular in the Great White North.

An estimated 11.7  million people tuned in to watch the band’s final show. That’s about one-third of the population. Imagine 100 million Americans watching anything other than the Super Bowl, which is the only event that draws those types of numbers (%-wise) in the USA.

A funny thing happened on the way to my great career move, Jon….

I still don’t get this. Mike Tirico departs ESPN after 25 years to head to NBC just as the Peacock announces that it is adding Thursday Night Football to its primetime lineup. So it’s assumed Tirico, the voice of Monday Night Football on ESPN, will get that gig.

But now the NFL, which apparently had veto power on whom NBC gets to put in that chair, said, “Nah, no thanks. We want Al.” So now what does the 49 year-old Queens native do, and how does 71 year-old Al Michaels (and we assume, Cris Collinsworth) feel about having his work load doubled? We kinda think Al enjoyed his relatively cush life with Tuesday through Friday free back in Bel Air.

To be fair, Thursday Night Football is only five games per season. CBS also has a 5-game TNF package and the NFL makes its No. 1 team of Jim Nantz and Phil Simms call those. The difference is that Nantz and Simms do Sunday afternoon games and are given a reduced workload on the weekends before their Thursday night games. Michaels and Collinsworth, who work the No. 1-rated show in prime time on Sunday nights, will not be given that option.

The weirdest thing is that Tirico is no neophyte or maverick. He’s not only the consummate professional, but the consummate corporate guy. He never editorializes in any fashion against the establishment, and he’s in his prime. It’s as if the NFL went out of its way to remind NBC who’s the boss (which was an ABC show, but you know…).

So now Sean McDonough has Tirico’s old MNF gig while Tirico, who co-hosted the closing ceremony with Mary Carillo* (*the best) and Ryan Seacrest last night, may not be hosting a sporting event in prime time for at least two years (Pyongyang). What’s he going to do at NBC? American Ninja Warrior? Notre Dame games? 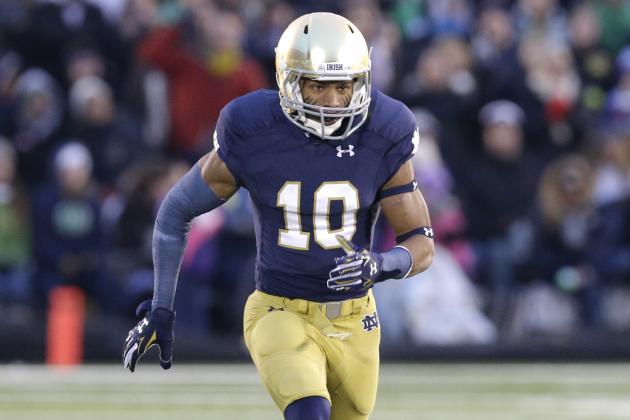 Redfield, a senior, has NFL talent, but where will he play next?

It’s officially Notre Dame football season, as Brian Kelly paid the school’s annual tax to the “If you’re gonna talk the talk” gods. Over the weekend six Notre Dame football players were arrested in two separate incidents and the most experienced (talented?) of them, two-year starter at safety Max Redfield, was dismissed.

On Friday night Redfield, linebacker Te’Von Coney, frosh wide receiver Kevin Stephenson,  DB Ashton White and sophomore running back Dexter Williams were headed south on U.S. 31 (for lack of a true north-south interstate in Indiana, you get his highway that winds through towns and where speed limit changes abound) and pulled over for speeding. Inside the car cops, with the help of a drug-sniffing dog named Cartoush, found weed and worse, an unregistered handgun. Redfield copped to the handgun.

Meanwhile, outside the Linebacker Lounge, which is literally a stone’s throw southeast of campus, DB Devin Butler got into a shoving match with a cop as he was dealing with some agitated females (was he the source of the agitation?) and was arrested for assault of an officer. He has been suspended indefinitely.

Max Redfield and Alize Jones (academics). Two starters gone for the season. That’s about the going rate in South Bend, prior to injuries.

Take It Easy On Me

“Little River Band” is an Aboriginal phrase that translates roughly to “Styx.” Or maybe “Eagles.” This Aussie band had a string of radio-edible better-than-average hits in the late ’70s and early ’80s whose melodies still invade my mind from time to time: “Reminiscing,”   “Cool Change,” “Lady,” “Lonesome Loser,” “Help Is On Its Way” and this song. LRB never had a No. 1 hit, but all of those songs spent at least 18 weeks on the charts and all but one cracked the top 10. A boy goes missing in Hawkins, Indiana, in the early 1980s. The town is also the site of a government lab. Then a local diner owner is fatally shot. And a teenage girl disappears. What’s going on?

Take a few ingredients from X-Files, Stand By Me, The Goonies and even E.T. and Poltergeist, and you have Stranger Things, which is more than just its iconic logo. Don’t want to oversell it, but it’s good. The young actors who play Eleven and Mike are phenomenal.