and in the interest of fair play… 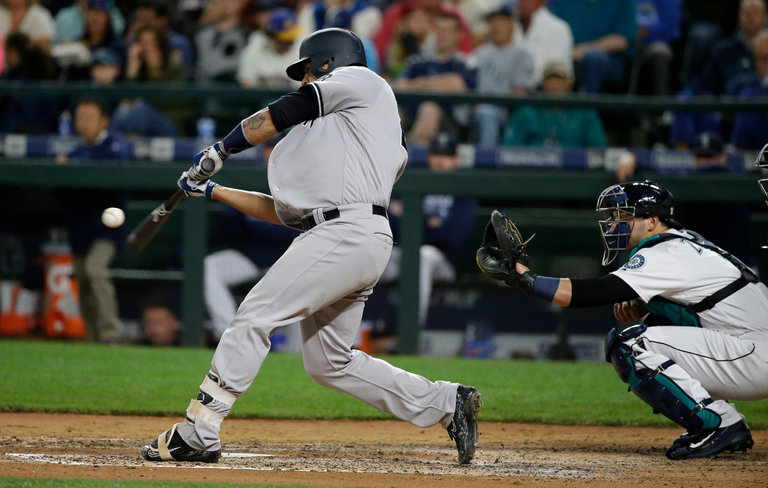 He’s not really that fat

*The judges will not accept “Dirty Sanchez,” but will consider “Filthy Sanchez”

In yesterday’s 5-0 win at Seattle, Yankee rookie catcher Gary Sanchez hit his 9th home run of the season—in his 19th Major League game. It was his 7th home run in the past eight games. Sanchez, who’s actually more highly touted for his rocket arm (the M’s tried running on him on Monday night and it went poorly for them) was later intentionally walked—twice. 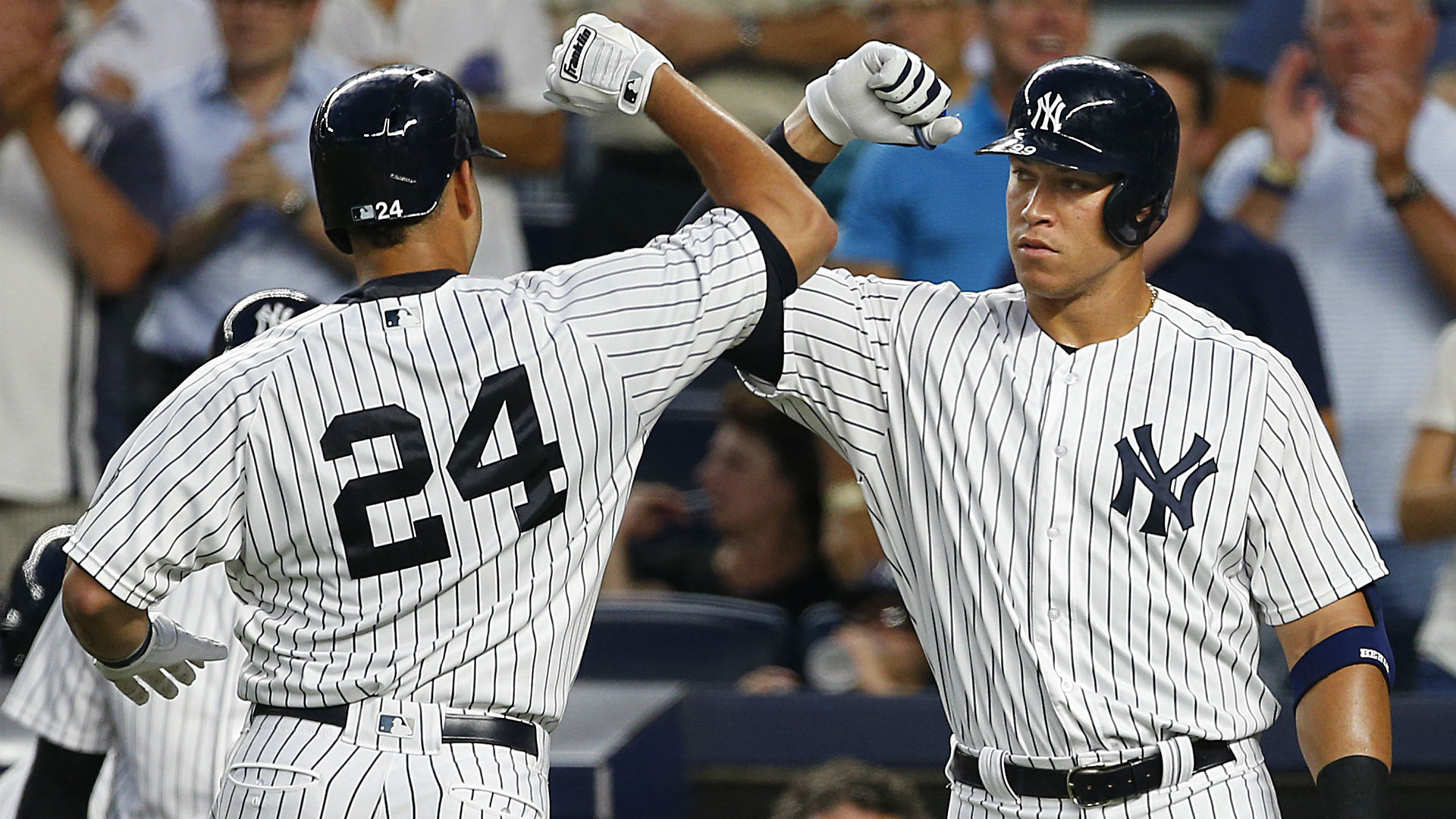 Sanchez and Judge (right) are the future in The Bronx

What in the name of Kevin Maas is going on? The Yanks (65-61) are still five games back of the Orioles for the second wildcard spot, but they host the O’s this weekend at the Stadium. Win at least 2 of 3, and it’s going to be an intriguing September for a team that sleep-walked through the first four months of the season while walking the .500 tightrope.

2. (Does It Matter) Who Killed Andrea Cornish? The finale of The Night Of arrives Sunday evening on HBO, and to this point I’m not even sure if we can rule out the cat as a suspect. There’s palpable evidence of Duane Reade, the stepfather, the hearse driver, Col. Mustard and even Naz himself being the killer.

And that’s not even going after the neighbor (the man I originally suspected, in a nod to Rear Window), or Duane Reade’s buddy who spoke to the cops (though I don’t suspect him at all). And I guess after seven episodes, the way that this series has progressed, the answer that comes to my mind as to whodunnit is this: Does it really matter? We’ve gone from wondering who killed Andrea Cornish to seeing how prison life has changed (and begun to agree with) Naz; to how an otherwise scrupulous D.A. will compromise herself to get a coroner to lie on the stand; to how the two men who are most dedicated to this case, Detective Box and John Stone, are both middle-aged loners who never had time for a life.

Maybe Mick Jagger had the best answer to who killed Andrea Cornish: “When, after all, it was you and me.” Or maybe, at least metaphorically, Andrea Cornish killed herself. Regardless, they’re all, we’re all, a little bit guilty of killing her. Does it really matter who actually stabbed her 22 times?

As first dates go, it was eventful

I won’t be surprised if The Night Of doesn’t give us satisfaction. After all, in a murder trial, it’s not the state’s or the defense’s job to find the real killer. It’s their job to prove the guilt or innocence of the person being tried. We’ve seen enough to know that the jury doesn’t know the half of it, so their decision will be less informed than ours. And we don’t know. I’m not sure The Night Of needs or wants to give us closure. I’m half hoping that it doesn’t.

Incoming Stanford freshman Katie Ledecky, a Maryland native, was asked to throw out the ceremonial first pitch at last night’s Orioles-Nationals game in D.C. Oh, and bring your five gold medals (and one silver) for show-and-tell.

So she did. But then when it came time to make the pitch, Ledecky needed to ditch her bling. So she handed the medals to the best player in baseball. And he held them dutifully as she threw it to home plate (I was sorta hoping that seven other balls were thrown to other catchers but not until Katie’s pitch was almost in the catcher’s mitt). Cool moment. Travis and Deitsch as you’ve never seen them before!

One of them is a manipulative, play-to-my-southern-white-male-frat-boy-constituency megalomaniac; the other is a “PC Bromani” from the Upper West Side. And now they’re playing on the same team!

When Sports Illustrated and FOX Sports announced a ““multi-year advertising and editorial agreement,” there were plenty of ramifications that begged questions: Will Stewart Mandel get a better press box seat than Andy Staples? Will the reunion of former AOL Sports editors Barry Werner and Mike Harris (two of my favorites) be synergistic? But the best is, of course, Will Clay Travis and Richard Deitsch learn to coexist? This is perhaps the most legitimate  Twitter pillow fight in sports media, with Deitsch once tweeting to Travis that he didn’t profile local sports radio guys (only days before Travis landed his national gig at Fox), and with Travis earlier this year “revealing” or lying that Deitsch had sought work in P.R. at a rival sports web site.

Still, Deitsch has done a lot of great work for SI.com with his weekly (and more often) Media column, but most of his favorite targets (Travis, Skip Bayless, Colin Cowherd, Jamie  Horowitz) all work at Fox. So now there’s a conundrum…

The U.S. Women’s National Team suspends Hope Solo six months for her “cowardly” comment regarding how Sweden played in the team’s quarterfinal match at the Olympics. As Eric Trump might say, “Guys. Guys! This is ridiculous.”

But it really is. First, the statement itself is its own punishment. Solo’s sore loser comment will stay with her. Second, Solo is 35 and probably wasn’t going to be in goal for the USA at the next World Cup or Olympics, anyway. And I don’t know of any major matches that USWNT has between now and February, so it’s mostly a symbolic gesture.

Finally, Han Solo called his own crew mate a “big furry oaf” and was never suspended a day by the Rebel Alliance! The rules are so inconsistent!

There have been bands name America, Asia and Europe, but there is only one song named after a continent really worth knowing. Toto’s monster hit rose to No. 1 on the charts in early 1983, and rightfully so. It’s sort of life-affirming, no? I like to think of it as the best Peter Gabriel song not written by Peter Gabriel. For the record, this song is not about Rosanna Arquette.

By the way, if you know of an a cappella group that hasn’t at least performed this during rehearsals, let us know. Here’s the Angel City Chorale (yes, out of Los Angeles) hitting it out of the park:

James Corden is a likeable bloke, and soon to be on the cover of Rolling Stone, but I don’t much fancy his show. However, we all love Carpool Karaoke, the tail that wags this dog. Tonight’s guest is Britney Spears, who will attempt to sing without writhing in her seat and  gyrating her hips against the host/driver.