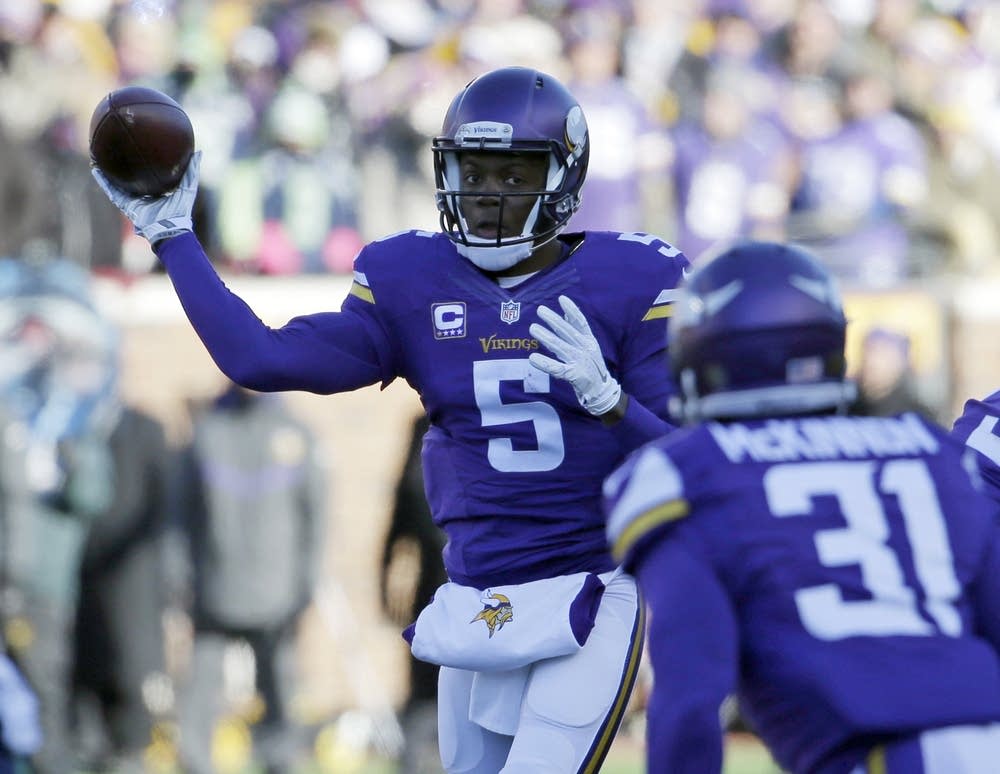 Bridgewater is two months shy of his 24th birthday.

Awful news for the Minnesota Vikings (and anyone who took him for their fantasy league), as quarterback Teddy Bridgewater suffered a non-contact injury at practice yesterday in which he dislocated his knee and tore an anterior cruciate ligament (ACL). He was dropping back to pass during a drill and appeared to hurt his leg as he planted.

You won’t be seeing the former Louisville QB this season, but the Vikes expect him to make a full recovery. So who steps in for the reigning NFC North champs? Should they try and get Christian Hackenberg from the Jets? Mark Sanchez from the Broncos? What kind of shape is Fran Tarkenton in these days? The current second-string QB is 36 year-old Shaun Hill.

Is Donald Trump really going to visit Mexico? Yes. Today. He’s going to have a private meeting with Mexican president Enrique Pena Nieto. If you’re scoring at home, the last three prominent Americans to visit our neighbor to the south have been Kenny Powers, Sean Penn and now Donald Trump.

Rob Reiner got in a good zinger on the GOP nominee on the Twitters yesterday, but as someone else tweeted, if Trump returns with a check from president Nieto to pay for the wall, that could be a game-changer.

3. Bad Week for ISIS (Good Week For Everyone Else) Earlier this week ISIS’ spokesman (Isn’t it “spokesperson,” ISIS? Well, isn’t it?) Mohammad al-Adnani was killed, and the Russians are taking the credit for his death (let them; I wanna see ISIS try and attack Putin). Meanwhile, Pentagon officials are saying an American drone strike killed the 39 year-old Syrian, whom Medium Happy sources confirm was also in charge of ISIS’ decorating committee and its reunion committee.

Kids, kids, stop bickering. There are plenty of other ISIS’ers who are out there just waiting to be killed. Share the wealth. 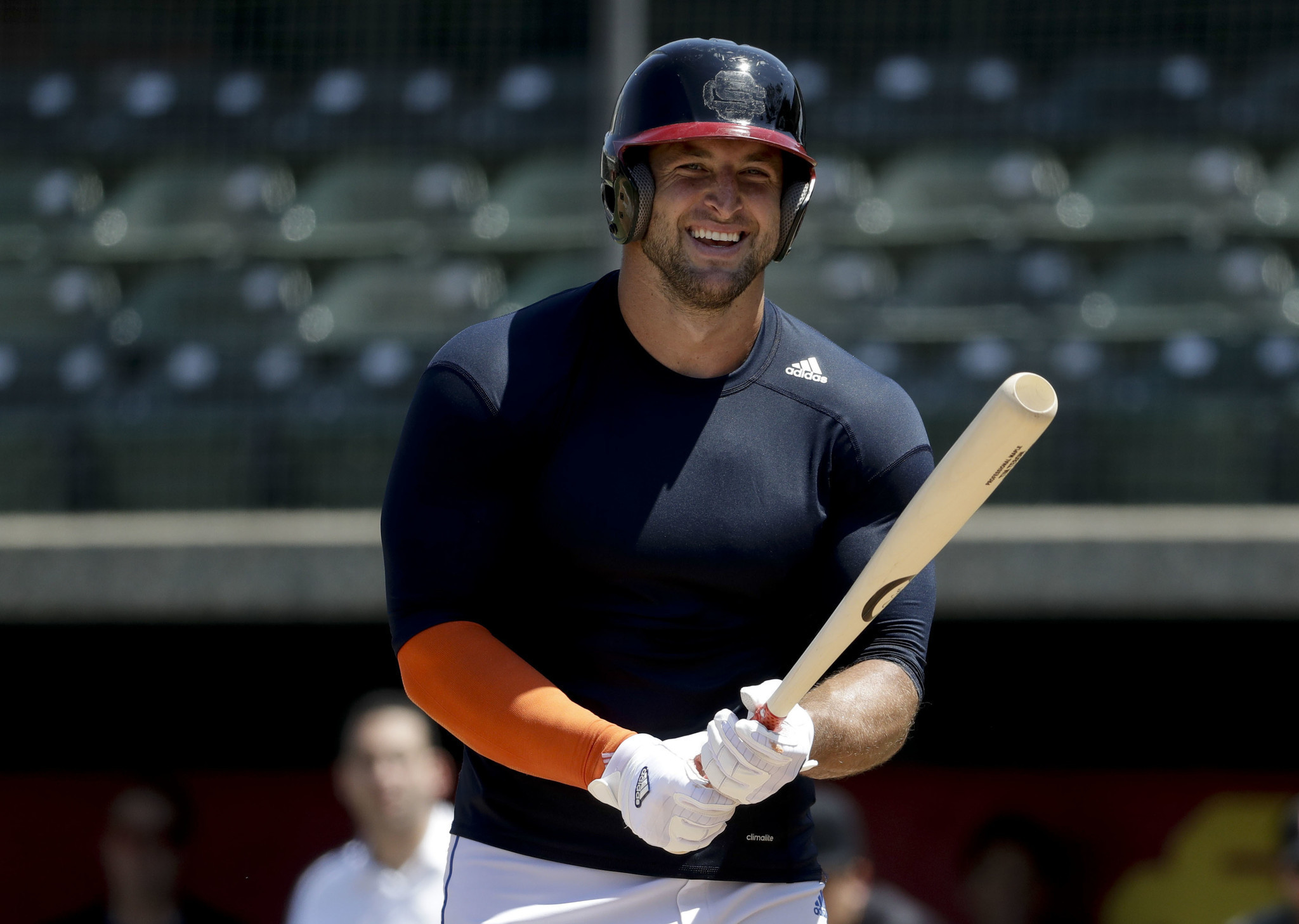 How did Tim Tebow’s baseball tryout at USC go yesterday? Not terrible, but you won’t be seeing him in the Major Leagues (any time soon). The scouting report: Tebow hit some bombs in BP, 400-plus foot shots, but against live pitching he could not pull a single ball because he has such a long swing. In the outfield he looked sub-par, as was his arm.

Someone will give him a minor-league shot, and why not? But if the messianic 29 year-old is serious about this, he’s going to need all autumn and winter to devote to this pursuit. 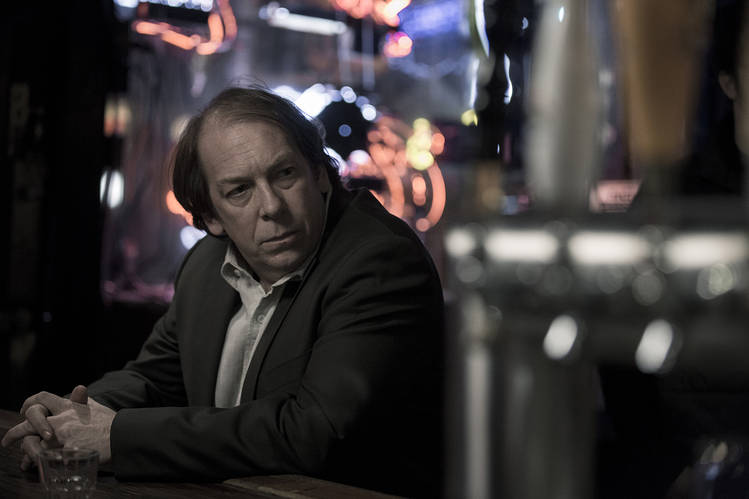 So I didn’t say all that much about The Night Of finale yet, so let me say this: I loved what they did. This was never a show that needed to identify THE killer of Andrea Cornish; it was all about watching whether justice was prevailing in terms of the prosecution of Nasir “Naz” Khan.

The finale opens with the three alternative suspects taking the stand, and what we are left to see (as the TV jury) is that any of them may have potentially done it (especially Duane Reade), but it’s not the defense’s job to convict any of them. It’s only defense’s job to sow seeds of reasonable doubt, which it did.

The theme of the finale was redemption, and not even for Naz, who when asked directly if he killed Andrea, replied candidly, “I don’t know.” No, there was redemption here for Detective Box, a pro’s pro who as the trial went on realized that he had done a hasty and sloppy job investigating the case. Now in retirement, he feels bad about the way he left those dishes in the sink. He wants to clean up the mess.

There was also redemption for John Stone, whose efforts (including working with Chandra, whom he would eventually betray) ultimately were what got Naz off. And I absolutely love the final scene, which tells us subtly that Stone saved the cat, which translates to him believing in justice, in second chances, in hope and in life itself. He’s no longer just playing out the string. Great ending (as a middle-aged Upper West Sider named John who lives with a rescue kitty, I may not be unbiased in this assessment).

I loved the minor touches of reality in the finale, as with the entire series: the opening scene at the bar where one of Box’s colleagues suggests someone should write a cop show about a cop “who doesn’t give a shit.” Or Helen Weiss putting her sneakers back on as she exits the court room; everything about the hangdog Box; Freddy not saying goodbye, but looking out the window as Naz departs to his old life. The kitty.

By the time this song came out in 1984 off the Go Go’s third album, Talk Show, they were close to disbanding. What might have been. Here they are playing it at the Greek Theater, an outdoor amphitheater in the Hollywood hills, in 1984. The band played there again last night in what they say was their final show. Note: this song peaked at No. 11 in 1984; a year later a different tune with the same title by Tears For Fears peaked at No. 3. Also: guitarist Jane Wiedlin has called this her favorite Go Go’s song; she may have something here.

You’ve got five straight nights of football beginning tomorrow. Rest up, or hit the gym, while you are still able.