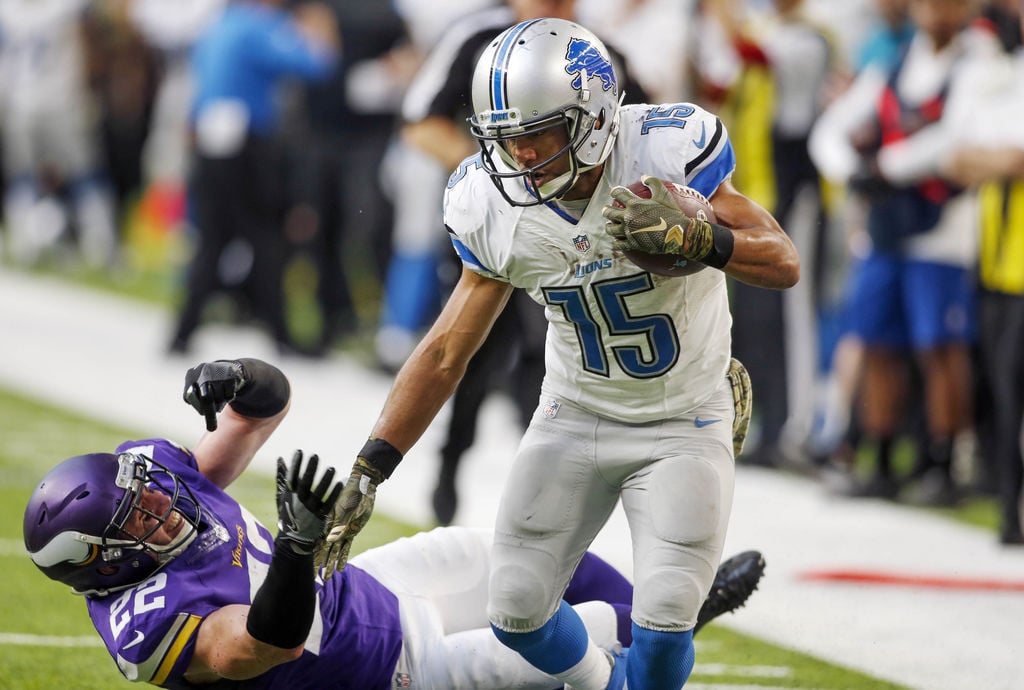 Not sure how often the ones scrimmaged against one another at Notre Dame practices between 2007-2009, but when they did, chances are that wide receiver Golden Tate Warrior and safety Harrison Smith had some good battles. On Sunday  in Minnesota, they were at it again, Tate caught the above pass in overtime, eluded Smith’s tackle, then nonchalantly helicoptered across the plane (SWIDT?) for the  game-winner. A 29-yard TD pass.

And he held onto the football

We’ve seen this before. One of the most underrated things about Tate, just ask USC’s Taylor Mays, is how strong he is. Watch him shake off Smith as if he’s a little brother.

Will never forget, after the 2009 season opener (a 35-0 thumping of Nevada, who had a QB named Colin Kaepernick), someone asked Charlie Weis if Michael Floyd who that day had TD catches of 24, 70 and 88 yards, would go down as the best wide receiver in Notre Dame history. Charlie’s answer: “Golden might not agree with that.” 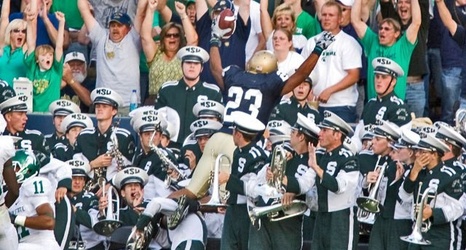 Airborne Tate is nothing new….

I’m with Charlie. Golden Tate was at least the equal to Floyd, if not better. And he’s always been more fun to watch. Also a reminder: three players from that 2009 football team were on the field in Minneapolis yesterday: Tate, Harrison and Viking tight end Kyle Rudolph. And they still finished 6-6 and got Weis fired (Rudolph missed most of the season with an injury) (Update: No, he didn’t. Rudolph started 10 games; Floyd missed 5 with injury, though: remember, those 4 on the same team couldn’t beat Michigan and Tate Forcier became a one-week legend because of it). This play had no effect on the outcome, but it typifies how difficult it was for the Tigers to stop Hurts

For three quarters in Baton Rouge, neither top-ranked Alabama or two-loss LSU were able to score off one another. It was the first game all season that headed into the fourth quarter with a score that looked like an old-timey barbell.

Then Tide freshman QB Jalen “Everybody” Hurts sprinted around right end on a designed keeper, cut back inside, and was barely touched as he scored from 23 yards out to break the ice.

Think of all the playoff hopefuls and all the points they put up on Saturday: Clemson 54, Michigan 59, Washington 66, Ohio State 62, Louisville 52. These are almost certainly the crop of teams that, besides Alabama, the four-team playoff will draw from. And yet Alabama (9-0) and its one measly TD and one field goal are easily the best team in the land. Remember when Oklahoma used to be infamous for its tornadoes (Is that why they named their NBA team the Thunder??? Whaaaaaat?)?  Anyway, a 5.3 magnitude earthquake struck central Oklahoma last night.

Here is a run-down on the number of magnitude 3 or higher earthquakes in the Sooner state the previous three years:

So what’s happening? Is it fracking? Indirectly, yes, as this article attests. Of course, fracking makes a lot of people in Oklahoma a lot of money while bringing down people’s gas bills, so I wonder what side of the aisle will dismiss this reasoning as ludicrous.

On Friday HBO canceled Any Given Wednesday, saying that this week’s show will be Bill Simmons’ last (special guest: John From Cincinnati cast reunion). That’s a quick hook—four months—but we could all see that this show wasn’t going anywhere. The best personality-driven sports show on TV is hosted on midnights on ESPN by Scott Van Pelt. As a TV host, SVP is HBO-worthy. Simmons just never was.

He’s an incredibly engaging writer. Very funny. And people who listen to sports podcasts like his (I’d rather listen to his old pal Adam Corolla on a podcast). Whatever. HBO wasted millions of dollars on Simmons—they were never paying that much just to have The Ringer or for him to be a behind-the-scenes sports doc guy.

So, what’s next? My guess is they’ll both behave as if this setback is something they’ll move past, but then Simmons—stop me if you’ve heard this—will get a little whiny and petulant and HBO will decide he’s just not worth the bother. They’ll “amicably” divorce and Simmons will be hired by his pal Jamie Horowitz over at FOX. 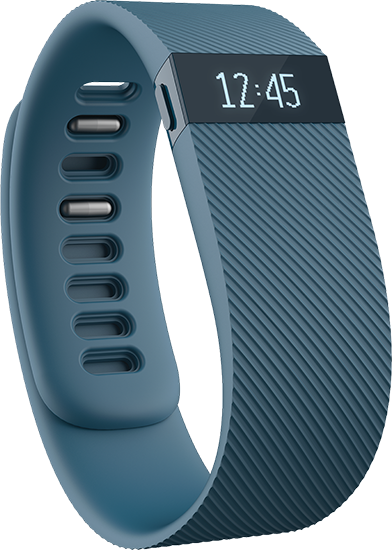 Fitbit’s stock pace has fallen off some…

Do you own a GoPro? Or a FitBit? Did someone give you either as a gift last Christmas or did you bequeath either or both on someone else? The Christmas before, perhaps? Two very popular gadgets a year or two ago are now going the way of “Bop It!” and Rollerblades. Check out their stock arcs:

Which brings us to Twitter (TWTR), which is a service as opposed to a product.

Is Twitter a gimmick , too? Will it fade? I don’t think so. And I’m not saying the above two companies are dead. They’ve just settled to a place beneath Irrational Exuberance. I still believe Twitter has a far higher ceiling than the other two. It’s the only one of the three that I’m sure will eventually return to its IPO price.

Election Special. Since we have “One Day More” before we vote on who will be “Master (or Mistress) of the House,” here’s the showstopper from Les Miserables (if this doesn’t draw a Katie McCollow comment, nothing will).

An experimental feature in which we showcase and define a word that you probably won’t see on Twitter.

“Sometimes at night/I see their faces/I feel the traces/They’ve left on my soul…” In 1975 Bob Seger released the album Beautiful Loser, on which this song opened Side 2. The album peaked at 131 and this song never even charted. The Michigan native was even more  of a local hero to Michigan than Springsteen is in New Jersey. One night in 1976, he played before 80,000 at the Pontiac Silverdome  only to perform before fewer than 1,000 fans the  following night in Chicago.

After Seger released Night Moves in 1976, he became an international star. He’d then release a live album, Live Bullet, on which this song was played together with “Beautiful Loser” (they don’t even appear on the same side on the album) and it became the most played song(s) on the album, which to this day remains a Top 10 all-time live album in terms of sales. Love this tune.

Buffalo Bill the man never lived in New York (but he did live in Toronto for awhile). The More You Know….

Quick, which city, Buffalo or Seattle has the greater latitude number? If you said, “Buffalo,” you’re wrong. Seattle is nearly five degrees farther to the north. We East Coasters get SCREWED on weather. It’s nice to see the Bills (4-4) on prime-time TV. Seattle is in first place (4-2-1) in the NFC West.