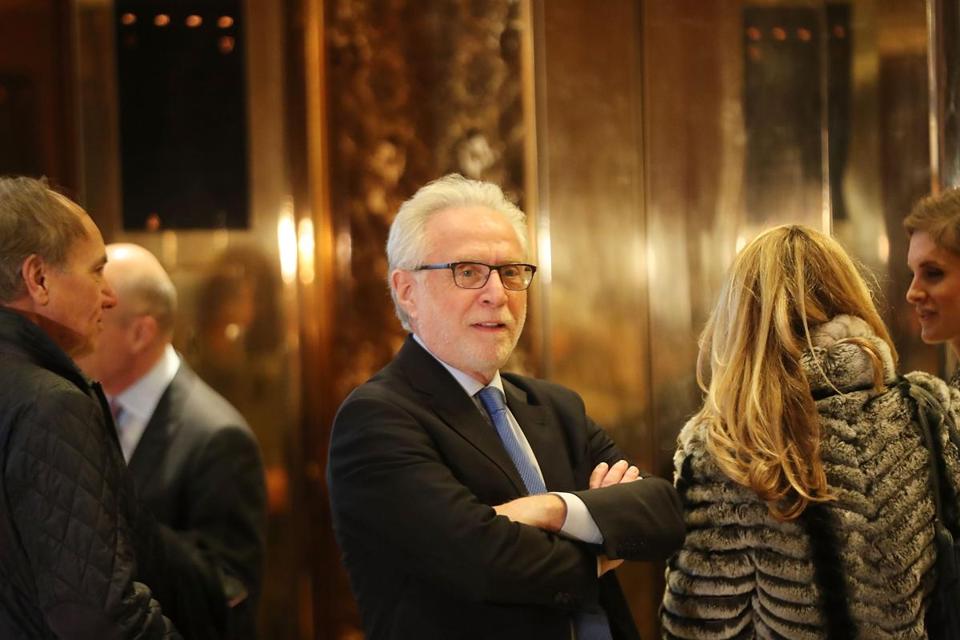 A Wolf in cheap clothing?

Yesterday Donald Trump summoned prominent TV news media types such as Lester Holt, David Muir, Wolf Blitzer, (CNN prez) Jeff Zucker, Charlie Rose, Gayle King, Norah  (not Rosie) O’Donnell, George Stephanopoulos (who once worked at the White House), Erin Brunette and Chuck Todd, among others to Trump Tower, a.k.a. White House North. He opened the meeting by telling CNN’s Zucker, “I hate your network, everyone at CNN is a liar, and you should be ashamed.”

The 20-minute meeting went down-escalator from there. As one source at the off-the-record summit told The New York Post, “It was a (bleeping) firing squad.”

(But it wasn’t, though; those are coming next year.)

Trump was supposed to meet with The “Failing” New York Times today, but this morning he called it off. Who needs print media when you have Twitter? (UPDATE: Trump went ahead with the NYT meeting, but it was just early drinks, no dinner.)

I know, I know: I’m part of the “media elite” (I’m just not paid like those guys), so I fail to understand that it’s totally cool for the president to completely attack the First Amendment in the manner he warned Hillary would attack the 2nd (for which there was no evidence, by the way). I want to say that Trump just does not understand that the media does not work for him, but I want to add the warning that a man who now has his power will be able to make life incredibly difficult for news organizations if he so chooses. Who is going to stop him, if he installs all of his own puppets in key positions?

Trump apparently called out NBC News prez Deborah Turness, who is British, for running photos of him that are uncomplimentary. I don’t understand that. Dude never takes a bad picture. Sad!

We’ve already seen powerful GOP’ers such as Paul Ryan and Ted Cruz choose to lick Trump’s Cole Haan’s rather than stand up to him. And this is the ruling party. Time will beg the question: What powerful American leader/politician is going to have the courage to stand up to Trump’s tirades. Because it’s going to get worse before it improves.

Donald Trump is not going to get up and stump for nationalism and racism per se. He’ll have a well-dressed bigot like Richard Spencer, speaking here at a forum in D.C. on Saturday, do it for him. And then he’ll look away as these types of hate groups grow.

Here’s part of the Holocaust Museum‘s “review” of Spencer’s speech (this stuff is actually happening):

According to press reports, Richard Spencer, the leader of the National Policy Institute – a white nationalist think tank – that sponsored the conference, made several direct and indirect references to Jews and other minorities, often alluding to Nazism. He spoke in German to quote Nazi propaganda and refer to the mainstream media. He implied that the media was protecting Jewish interests and said, “One wonders if these people are people at all?” He said that America belongs to white people. His statement that white people face a choice of “conquer or die” closely echoes Adolf Hitler’s view of Jews and that history is a racial struggle for survival.

….The Holocaust did not begin with killing; it began with words.

I wonder how all of this is going to fly with Jared Kushner, who is Jewish.

In the first NFL regular-season game played in Mexico, Oakland Raider QB Derek Carr rallied the Plata Y Negro to a 27-20 win over the Houston Texans. You have to figure the fans in Mexico City were rooting against the Texans, eh? Carr threw a pair of fourth quarter touchdown passes, a 75-yarder to Jamize Olawale and the game-winning 35-yarder to Amari Cooper, as the Raiders rallied from a seven-point fourth-quarter deficit at Estadio Azteca in Mexico City.

The stadium is located at 7,382 feet elevation, which I imagine makes it the highest-altitude NFL game ever staged. Meanwhile, that Sean McDonough-Jon Gruden in-booth chemistry needs a ton of work. This is a one-and-done deal, no? 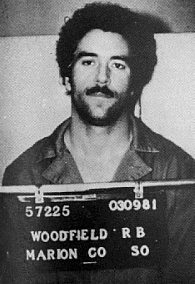 Hot off the CMS platform: Jon Wertheim‘s story on SI.com about Randall Woodfield, the I-5 Killer who was also in 1974 a 17th round pick of the Green Bay Packers (yes, they had a 17th round back then). I have not yet read it, but I’m always enthused to read anything Wertheim dives into.

This story originally appeared as a Lifetime TV movie based on a book by crime author Ann Rule. Woodfield, still incarcerated in Oregon, was convicted of killing three women along lonely stretches of I-5 between northern California up through Washington, but he may have killed as many as 44. 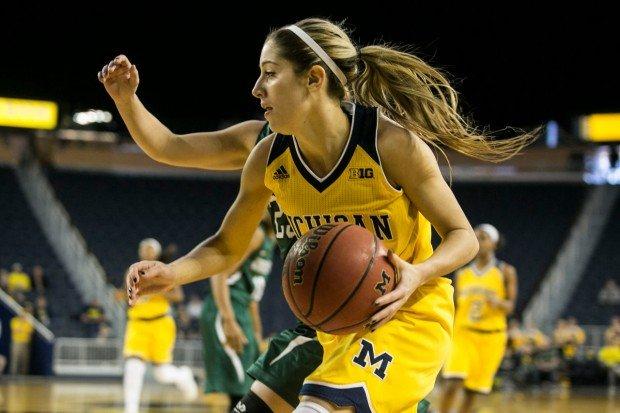 Last Friday night unranked Michigan hosted similarly unranked Howard in a women’s basketball game. The Howards (what’s their mascot name? Oh, Bison) went up 6-0 and apparently that woke up the Wolverines, who then scored the game’s next 52 points.

The Sun Always Shines on TV

This was a-ha’s follow-up single to the monster No. 1 hit “Take On Me” from the summer of 1985. It was releasees in November and I’ve always associated it with colder weather and shorter days (despite the title). This song from the Norwegian group did not do as well in the U.S. but it did hit No. 1 in the U.K.

A David Lynch film starring Kyle McClachlan, Laura Dern, a haunting Isabella Rossellini, and a sadistic Dennis Hopper. He’s basically playing a malevolent version of his Shooter character from Hoosiers. This was a major cult hit back in the day, whenever exactly the day was.