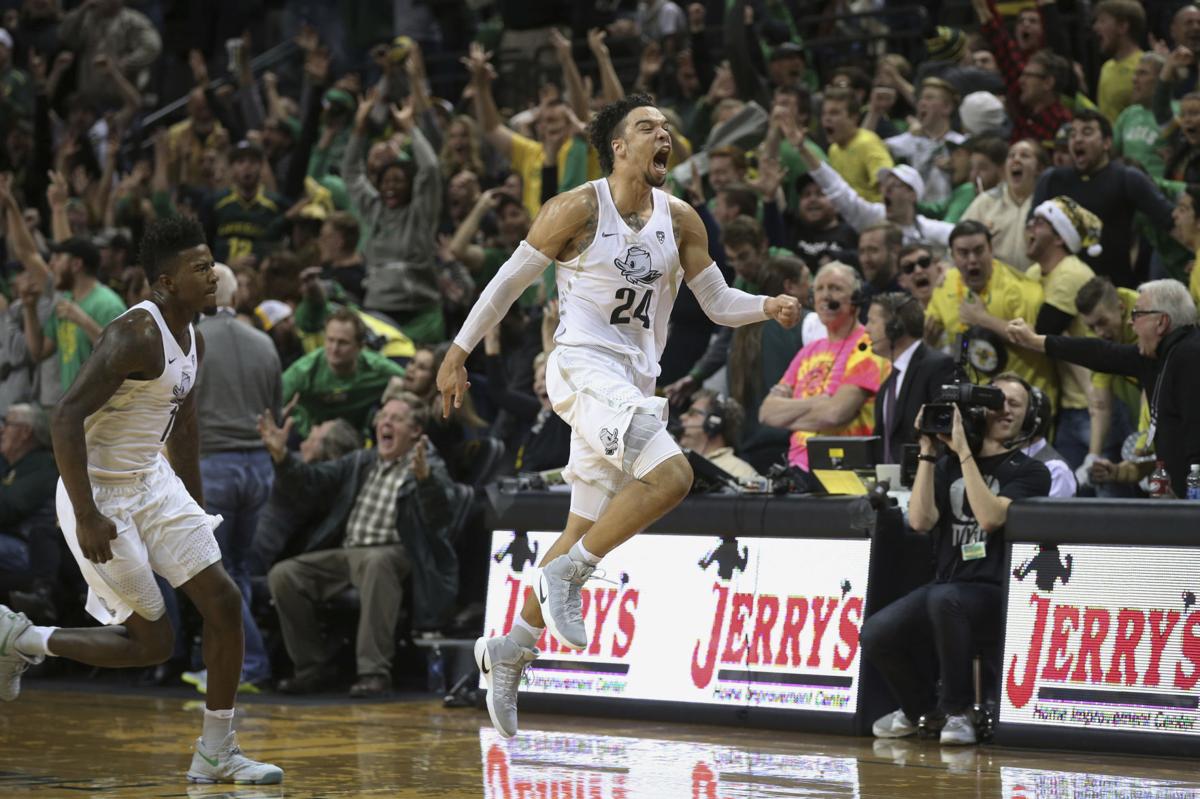 Brooks made the game-winner over the outstretched arrm of Lonzo Ball, who could be the No. 1 overall pick next June.

*The judges will grudgingly accept “A Knight To Remember” or “Duck, Bill (Walton)

Just like you drew it up on your outdoor court, Dillon Brooks takes a short pass and buries the game-winner with less than one second remaining in Eugene. The Ducks take down unbeaten (13-0), No. 2 UCLA Deep in the Woods. And Bill Walton, who was on the court in South Bend when the Bruins’ 88-game win streak fell in 1974, was seated courtside. What a long, strange trip it’s been.

Notes: 1) Duck frosh Payton Pritchard’s three with :15 to play was huge, even though he did appear to walk before taking the shot, That made it 87-86, UCLA 2) Bryce Alford, the coach’s son, is an 87% free throw shooter but missed the front end of the one-and-one (his only free throw of the night), with :08 to play, which gave Brooks the chance to go for the jugular, 3) Kudos to “The Conference of Champions” for moving away from its Thursday-Saturday formula to put this game on this night, and over Christmas break on ESPN. It felt bigly. 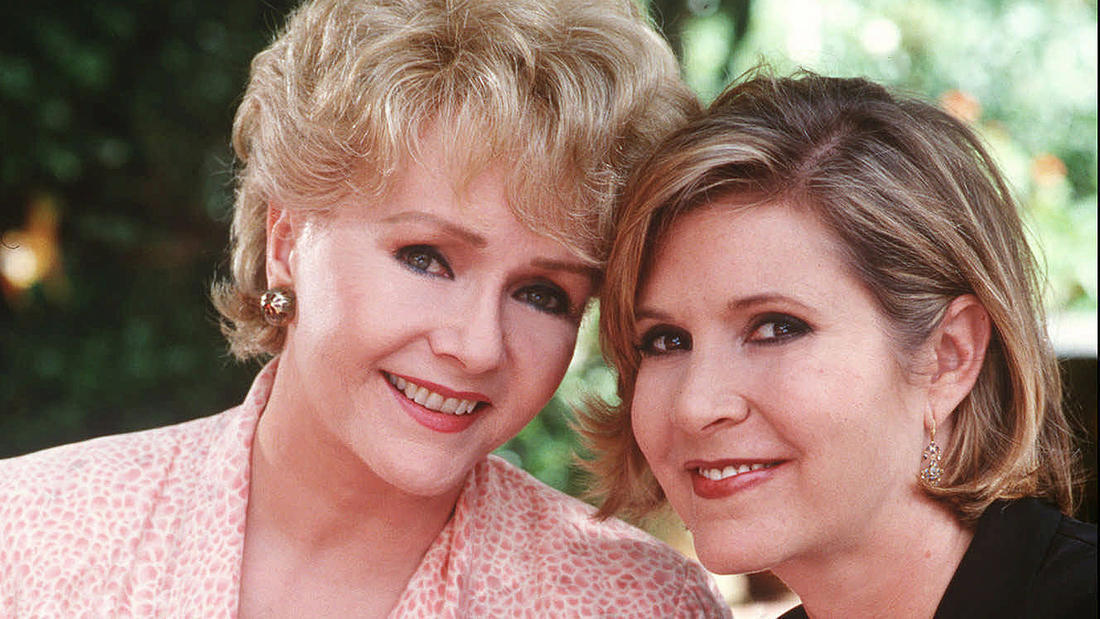 What the hell? One day after the death of Carrie Fisher, 60, her famous actress mom Debbie Reynolds, 84, passes. People are going to say that she passed from grief, and perhaps she did, but you have to wonder if there will be an autopsy and whether it was prescription drug-assisted grief. And would that even be revealed.

Regardless, both mother and daughter were the female leads in films that A) are in the American Film Institute‘s Top 12 (Singin’ in the Rain, which was released in 1952, ranks No. 5, while Star Wars, released 25 years later, comes in at No. 12.) B) starred two men and one woman (Gene Kelly and Donald O’Connor, and Harrison Ford and Mark Hamill.

Justin Jackson ran for 224 yards and three scores in Northwestern’s Pinstripe Bowl win at Yankee Stadium and afterward said, “Like, Derek Jeter peed in that urinal.”

If you’ve ever dined at a Texas Roadhouse, then you understand that America’s real motto is “Too Much Is Not Enough” (great food, I just needed my stomach pumped afterward). And so it is with bowls. Here is the total of bowls by decade in the past 50 years:

2016: 40, not including the national championship game.

Do I have a problem with teams playing postseason games primarily as ESPN programming? It’s not anywhere near the top of my list of Major Beefs (as opposed to the president-elect’s sons killing animals in the name of charity) (and the Major Beef Bowl, sponsored by Del Frisco’s will probably be a thing next year), but here’s the thing: to play in a “bowl” for the longest time implied that the team participating had earned something most others had not, that it had had a special season. It was like being an honor student.

Apparently, 27,608 tickets were “distributed” for the Foster Farms Bowl. Probably a quarter of that bothered to show up pic.twitter.com/rrLqqPOKUc

Now, if 80 of 128 teams play in bowls, that means that more than half the FBS teams are bowl teams. Anything that more than half of an entire group can attain is by definition not special or elite. It is the norm. So if your alma mater or favorite school plays a game in a half-empty stadium between December 17 and say, today, there’s no crime in that. And football being what it is, it’s impossible to play in a game and not care—you don’t sleepwalk through football games or you can be killed.

But let’s not pretend that winning a bowl game, for 75% of them nowadays, is anything special. It’s simply ESPN programming. And if you say, “Well, it’s special to the team that won,” well, bless their little hearts. Putting a “My Child is an Honor Student at Greenwood Elementary” bumper sticker on your car doesn’t mean much if he or she regularly gets B’s and C’s. And the kids who get straight A’s, their parents don’t need that bumper sticker for validation.

Where would we be without Flip Cup and Beer Pong, as a society?

Celebrity deaths are not the only ends that need to be mourned. Robert Huselman, the man who invented the Red Solo Cup (above), passed away on December 21 at the age of 84 in Scottsdale, Arizona. I can think of a few ways to celebrate his life.

*The judges will also accept any headline with the word “Rubbish”

Today in People Suck new: Revelers at Sydney’s Coogee Beach left behind 16 tons of garbage after Christmas day partying. Keep in mind that Christmas Down Under is sort of like the 4th of July here, in terms of time of year. I wonder how many Red Solo Cups were in that trash heap.

Welcome to the Black Parade

This was an audacious attempt from a young band out of the wilderness in New Jersey, but the autumn 2006 release from My Chemical Romance went to No. 1 in the UK that autumn. The band called it quits in 2013.

Peak Paul Newman here in 1967, as an inmate on a southern prison farm who refuses to be broken.