I Won’t Be Taking Orders From This Guy

In an interview with Michael Wolff of The Hollywood Reporter last November, Steve Bannon said, “Darkness is good. “Dick Cheney. Darth Vader. Satan. That’s power. It only helps us when they [liberals and media] get it wrong. When they’re blind to who we are and what we’re doing.”

(By the way, if I were Satan, I’d be a little offended, being lumped with those other two).

Then yesterday Donald Trump’s Propagandist-In-Chief called The New York Times (as opposed to the other way around) to say, and I quote:

Oh, we understand why. Anyway, methinks Bannon was just pulling a Madonna, just saying something to provoke us to own the news cycle. Why? Maybe he was waving shiny keys at the media to distract us from, oh I don’t know, perhaps the fact that news broke yesterday that Russian agents had interrupted a high-level FSB meeting to put a bag over the head of a top official and pull him from the room back in December? That he’s not been seen since? That he’s now been charged with treason? That if you do the math there’s a chance to think he was the mole who leaked info of alleged Russian hacking?

The only relevant sentence in this piece is the last one. https://t.co/M7EzUthNbO

That last sentence? “[Bannon] added that he has been a reader of The Times for most of his adult life.”

So maybe he was just phoning to renew his subscription.

Sean Spicer, I’ve said this to @realDonaldTrump and now I’ll tell you: Mexico is not going to pay for that fucking wall. #FuckingWall

(Not the type of Fox News the president favors)

I’m just spitballing here, but maybe Donald Trump dislikes Hispanics. I know, I know,  but hear me out: 1) On the day he announced his candidacy in June of 2015, Trump singled out Mexicans for sending us “their rapists, their drug dealers.” It’s the only minority group he mentioned. 2) His cabinet will have a female and the closest thing he can stomach to an African-American, Dr. Ben Carson, but no Latinos. First time a cabinet hasn’t had one since 1984. And…

(What Trump and his surrogates imagines every Mexican to be)

…. 3) He, like, quadrupled down on his “Mexico’s gonna pay for it” approach yesterday, which compelled Mexican president Enrique Pena Nieto to cancel his visit—Pena Nieto also announced he will not play in the Pro Bowl. And then like the bitch he is, Trump tried to tell everyone they’d mutually agreed to cancel the meeting (“It’s not a lie if you believe it, Jerry“).

Here’s a proposal I haven’t heard Trump or his surrogates discuss much. If we can agree that the primary reason Mexicans are crossing the border illegally is to work (they’re not ALL rapists and drug dealers), and if you need a social security number, etc. to have a real job, why isn’t the government cracking down on employers (e.g., the restaurant where I work summers) who illegally hire them?

The U.S. has a 60 billion dollar trade deficit with Mexico. It has been a one-sided deal from the beginning of NAFTA with massive numbers…

Could it be because 1) they know that they’re filling jobs that most Americans are unwilling to do and 2) because without them goods such as produce would be far more expensive due to labor costs? It’s a little like barring the front door so that you’re mistress can’t enter your home but giving her a key to the guest bedroom door behind the house, no? (Ed. Note: MH headquarters only has one door).

That inspired this clever little parody of Donald Trump’s presentation of his inauguration photo to ABC’s David Muir.

My first year in New York was the worst year in New York—the highest murder rate we’ve had since I’ve been here—and the final straw was the daytime murder of a Utah man, Brian Watkins, on a subway platform in Manhattan in August of 1990. Watkins and his family were in town to see the U.S. Open, and as they were waiting for the train, some men mugged and robbed a female family member. When Watkins, 22, came to her defense, he was fatally stabbed.

Hincapie, now in his late forties, in court earlier this week

Earlier this week one of the four men who at the time was 19 and convicted of his murder (prosecutors agreed that none of the four had stabbed Watkins, but that they had taken part in the robbery), Johnny Hincapie, was released after serving 25 years in prison. Hincapie had pleaded for years that he’d played no part in the robbery, and two witnesses and a co-defendant backed him up. A judge finally commuted his sentence. Twenty-fiver years. Yes, Watkins paid a higher price, but 25 years in prison for hanging with the wrong crowd.

If you haven’t seen this yet, skier Devin Stratton survived plunging off a 152-foot cliff in Utah last week. And he was barely hurt. Didn’t even need to amputate his own arm. Okay, James Franco, here’s your next film role.

Toys In The Attic

Aerosmith’s third album, released in April 1975, was the vinyl that broke this Boston-based band out. The classic hits were “Walk This Way” and “Sweet Emotion,” but the title track, also the album’s leadoff song, rocked hard. And for some reason the song title, a term which basically means “insane” or “nutso,” has been in my head all week. Not sure why. 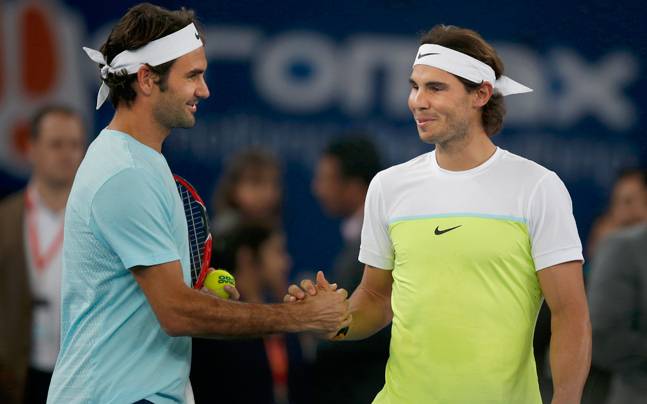