A couple days ago Bruce Springsteen and the E  Street Band were playing in Brisbane, Australia, and this happened. Stick around ’til the end because the lad, Nathan Teston, lands a souvenir.

Just because it’s Another Day of Trump doesn’t mean we always have to begin with a downer…. 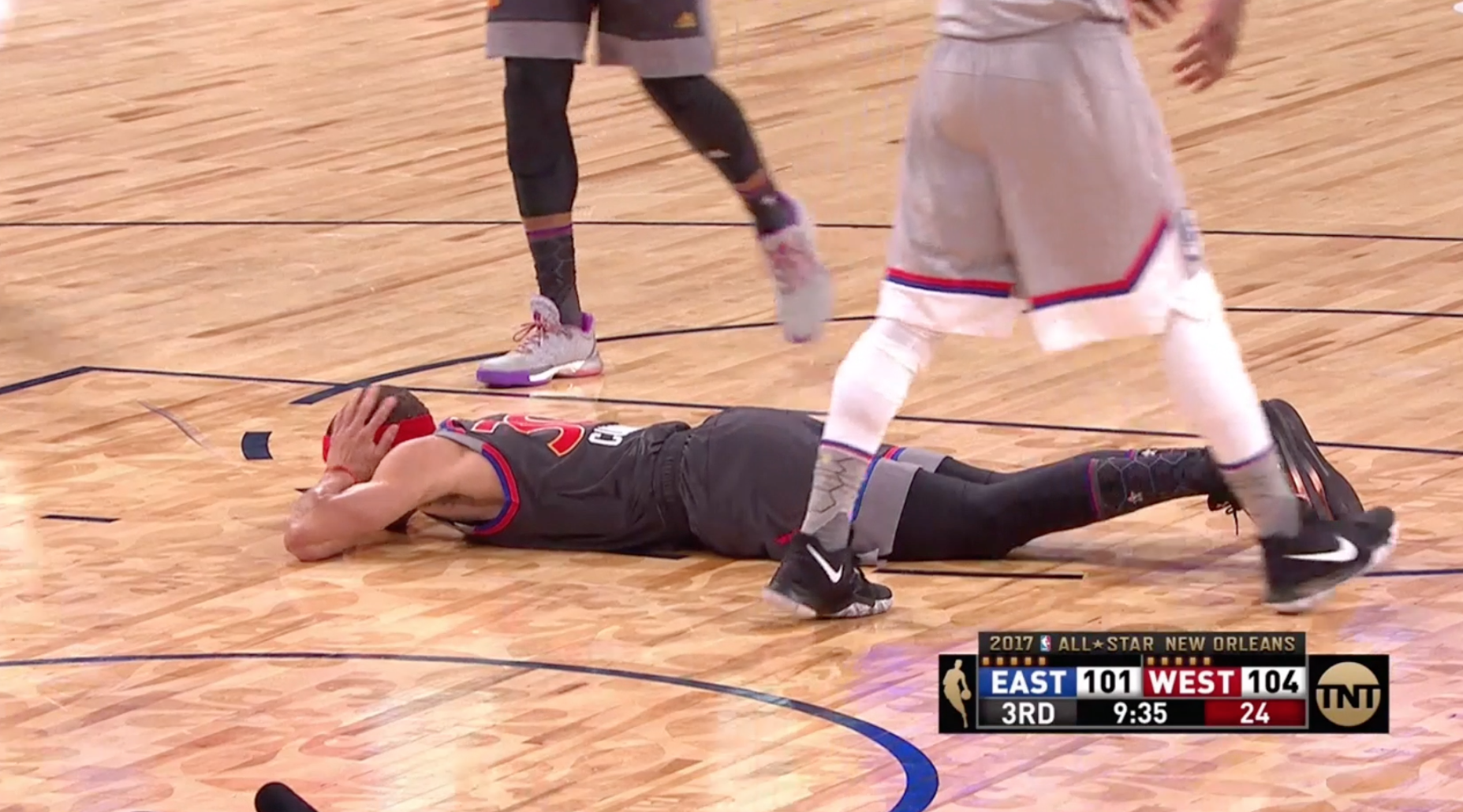 At least Curry was honest about it….

I went to a basketball game and the Pro Bowl broke out.

A few plays later, Curry went up for a defensive rebound, and Giannis happened…

In case you were curious:

The last time I saw a market rise this irrationally, Michael Burry shorted it and became a kabillionaire. ESPN wants to talk about the Durant-Westbrook Alley Oop Armistice, but I think Marv Albert was making a more salient point: Sure, we like to see offense, but can we keep the dunk contest on Saturday and actually play a little bit of defense?

Not sure what carrot we need to dangle. Maybe the losing team has to get into a ship with Kyrie “Panned Planethood” Irving and sail off the edge of the Earth?

To which Sweden asked, “What?!?” (Or however you say that in Swedish).

This is from Carl Bildt, former Prime Minister of Sweden:

Last year there were app 50% more murders only in Orlando/Orange in Florida, where Trump spoke the other day, than in all of Sweden. Bad.

Trump was citing a Fox News interview he must’ve seen on Friday evening, but what’s funny is that even a few Fox News anchors have decided to no longer carry the president’s water. We featured a clip from Shepherd Smith last week, but here’s Chris Wallace (son of Mike) informing Reince Priebus that after only one month, the Trump White House has whined more about the media and said far more inflammatory things than Trump’s predecessor ever did.

Priebus kept talking about needing to get “sources on the record.” Like Deep Throat, Reince?

Meanwhile, how can we pass up a chance to replay “Let’s Look For Swedes…”

Is this the scariest man in the NBA?

*The judges will grudgingly accept Sacramento King Cake and somewhat more enthusiastically accept “Buddy, Can You Spare a Dime?”

Sacramento King DeMarcus “Boogie” Cousins only played two minutes in last night’s All-Star Game and as I was mostly watching The Saviors vs. The Kingdom vs. Alexandria vs. the newest gang, The Heap-sters (love that name), I just assumed he’d been ejected. Turns out the talented but tumultuous big man was about to be traded.

Kings get: Noted nut-puncher of Cousins, Buddy Hield; Tyreke Evans; Langston Galloway; a 2017 1st round, a 2017 second round.

As MH reader Okerland tweeted: “See what happens when you punch Boogie in the nuts?”

From heel to Hield in Sac-Town….

This trade isn’t about to bring Sac-Town to greatness, but they simply just got tired of Boogie being Boogie and knew when he became a FA this summer that he’d be leaving. As good as the surly 6’11’ Boogie is, this is his seventh NBA season and he still has yet to appear in a playoff game.

Kudos to Bill Maher for inviting every college student’s favorite alt-right target of hate, Milo Yiannopoulus, onto Real Time last Friday. I thought I’d be getting a younger version of Steve Bannon, a better-looking version of Stephen Miller, a just-as-punchable version of Richard Spencer, but you know what?

He’s a lot more like Bill Maher than any of those guys—just prettier. Milo is a world-class provocateur (during “Overtime” he got two of three panelists to tell him to “F**k yourself” or some variation) and he’s also funny and self-aware. Yes, some of what he spews is garbage, but he also has a lot more charm than anyone on the Trump staff or even in the alt-right universe. And he’s not stupid. Misguided in some of his opinions, but not stupid. Take a look.
Also, Bill Maher’s “Gall Pass” rant was right on (and by “right” I mean correct, not a political leaning). Watch it:

I Didn’t Get To Sleep At All

If the topic is black female singers, you should be as familiar with Marilyn McCoo as you are with Whitney Houston or—do I dare?—Queen Bey. As the lead singer of The Fifth Dimension, it is the lovely McCoo’s lovely voice that you hear on “Wedding Bell Blues,” “Up, Up and Away” and this, the ultimate insomniac anthem. It climbed to No. 8 on the charts in spring of 1972.

Does George R.R. Martin write Game of Thrones if this hadn’t come out?

Maybe you’re the one person who is holding out and hasn’t seen this film. Maybe you thought you wouldn’t enjoy scenery of the Scottish Highlands, or men in kilts doing battle. Maybe you don’t have to be up early Tuesday morning. What Evs. On Oscar Week, let’s remember this ’95 film, a worthy Best Picture winner.