1. McMaster Of The House

Critics are praising Donald Trump’s selection of three-star general H.R. McMaster as the latest National Security Adviser because he has a degree from West Point, was a decorated field commander in Iraq and Afghanistan, and has a Ph.D. in military history from the University of North Carolina.

Personally, I think Donald chose him because he looks like a guy who would play a general in an action movie and because of his last name. Also, because if he (or a minion) Googled McMaster he’d see that his wife is named Kathleen Trotter and maybe Trump mistook her for Canadian fitness guru Kathleen Trotter. Maybe?

Not the general’s wife. Not even his McMistress

Oh, that doctoral thesis was turned into a book, Dereliction of Duty, in which McMaster wrote, “The war in Vietnam was not lost in the field, nor was it lost on the front pages of the New York Times or the college campuses. It was lost in Washington, D.C.”

At the time of the trade, DeMarcus Cousins, 6’11”, was fourth in the NBA in scoring (27.8 ppg). Anthony Davis, 6’10”, was fifth in the league in scoring (27.7 ppg). It’s rare enough to have two teammates finish in the Top 5 in scoring, but rarer still—in fact, as far as MH’s crack research staff of kindly Twitter followers who did the work for us can tell, it has NEVER HAPPENED—for two teammates 6’10” or taller to do so.

So let’s see if this pair of Kentucky products can maintain those levels of production. It’s intriguing in this age of bombs-away from beyond the arc to watch a team literally double down on low-post scoring (even though both are decent outside shooters). The Pelicans are taking the ’75 Corvette out for a spin. At least it’ll be fun to watch.

There was no cooler American-made car in the Seventies, though as the decades pass, the GTO and Challenger get more love

By the way, the Pelicans also have THREE seven-footers in their lineup. Wouldn’t you love to see coach Alvin Gentry put those three, plus Boogie and point guard AD on the floor just once?

3. The Curious Case of the Russian Diplomat Who Was Found Dead on Election Day

Who killed Sergei Krivov, who was found dead at 7 a.m. inside the Russian consulate on East 90th Street in New York City? Or did he die of natural causes? Where is his body? And why has the NYPD closed the case while the medical examiner’s office, which no longer has the corpse, still has it open? An intriguing read from Buzzfeed, although I’m not sure where they got the fact that there was “blunt force trauma” to his head.

Not directly related, but such a good line from last night:

Stephen Colbert: “90% of Swedish crime takes place in ‘The Girl With The Dragon Tattoo.'” 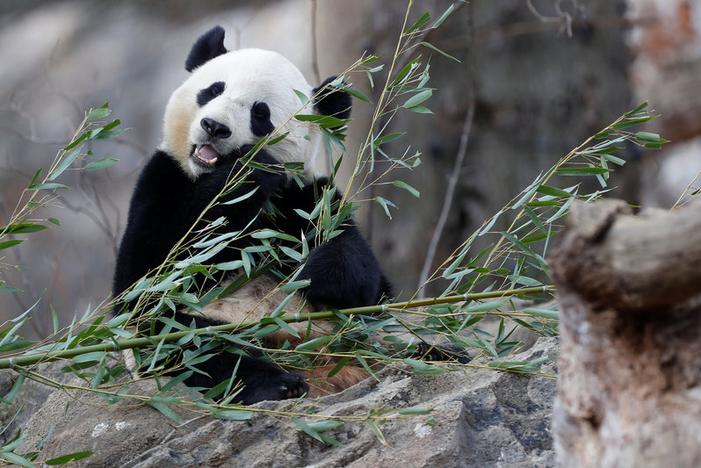 Just once, can’t we meet a panda named “Frank” or “Larry?”

This is Bao Bao, who is being deported from the National Zoo in Washington, D.C., to “CHI-na.” Or maybe I’m just panda’ing to my constituency, and it’s an open exchange between the two countries. Frankly, I think the D.C. Zoo is getting fleeced in the deal and it doesn’t help that zoo director Vlade Divac admitted they had a better deal from the Prague Zoo two days earlier but turned it down.

Dude, we’re all for hate speech, but you gotta tone down that whole sodomizing boys is okay thing, Okay?

In this very space yesterday I defended Milo Yiannopoulos as someone whose political thoughts I almost universally disagreed with but as someone who was at least funny and smart. Also, as someone later pointed out on CNN, he’s very good at “identity politics,” claiming you can’t call him a bigot because after all he’s gay and has a black boyfriend.*

*Oh, but see, that’s the thing about sexuality; it makes hypocrites of us all. Ask Thomas Jefferson.

So Milo was disinvited—and he also lost a book deal. Of course, all of this will only increase his popularity with the alt-right-delete crowd. Of course, CPAC, which runs from February 22-25, has not rescinded the speaker invitation of Donald “Grab ’em by the pu**y” Trump for its conference. Or Mike “conversion therapy” Pence. Good times.

This as the cover would have generated more heat and pub

I was fortunate enough to work at Sports Illustrated throughout the 1990s, in the last years when the SI Swimsuit Issue was still a buzz-worthy phenomenon. Then Maxim and other lad mags as well as the internet came along and watered down its influence.

Anyway, one man’s opinion, but I thought the mag might have drawn more attention last week by putting a relative unknown on the cover as opposed to Kate “Check Out These Milk Cannisters” Upton. Four more inspired choices? Bailey Clauson, Nina Agdal, Samantha Hoopes, Anne De Paula and/or rookie Bianca Balti, of Italy, above. Now you are in a Baltic state of mind.

Yesterday Kurt Cobain would have turned 50. Time marches on. On December 29, 1991, I sat onstage (thanks, Lorraine) in Tempe, Arizona, as Nirvana played a 12-song set, sandwiched between Pearl Jam and Red Hot Chili Peppers. This was the song they led off with that night in the desert.

This is a wonderful interview of Cobain late in his life. He’s really such a down-to-earth guy. He was never the overly affected rocker you might have supposed him to be.

The Parker family moves to New York City for Season 2. Jason Jones (who created this series with his wife, Samantha Bee, perhaps you’ve heard of her) and Natalie Zea star and if you missed the rookie season, try to catch the re-runs. It’s twisted, kind of a Flirting With Disaster meets Little Miss Sunshine meets We’re The Millers, but funnier.