Fox On The Run? Sweet!

Kentucky freshman point guard De’Aaron Fox scored 39 points in the Wildcats’ win over UCLA in Memphis in the Sweet 16 last night. They’ve been letting freshman ball (as opposed to a a freshman, Ball) since 1972-73 in the NCAA tournament, and no frosh has ever scored more points in one game than than the quick, brown Fox. The 6’4″ point guard  from New Orleans with the Sideshow Bob ‘do is pure electricity. Is he a Top 5 draft pick now? 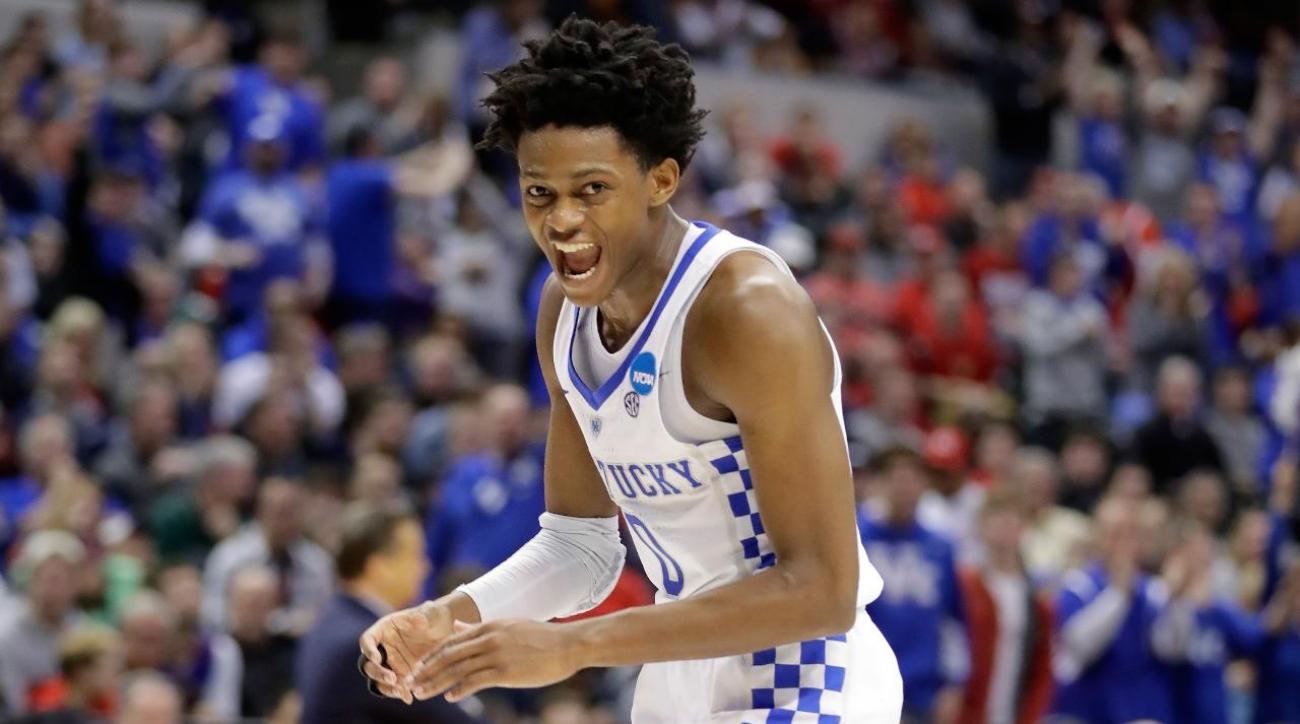 2. Speaking of Kentucky Guards Who Can Score… I’m looking at this pic and thinking, Geez, Leandro Barbosa is back with the Suns?!? Dude owns a time machine.

The Phoenix Suns lost their seventh consecutive game last night, but they don’t really care because coach Earl Watson gave them something else on which to focus: getting second-year guard Devin Booker (whom MH mistakenly predicted would be an All-Star this season) a ton of points. Booker, 6’6″, scored 70 in the Suns’ 130-120 loss at Boston last night,

Booker, 20, played 45 minutes, put up 40 shots overall (the team as a whole hoisted 86) and 11 of the Suns’ 19 threes. He was 24 of 26 from the FT line and scored 28 points in the fourth quarter alone. Only five players have ever scored more points in a single game than Booker did last night—Wilt Chamberlain, Kobe Bryant, David Robinson, David Thompson and Elgin Baylor—and all except Thompson, the original “Sky Walker” whose career was cut short by injuries—are in the Hall of Fame. Booker becomes the only player since Kobe, who scored 81 in 2006, to hit the 70-mark in the past 22 years. 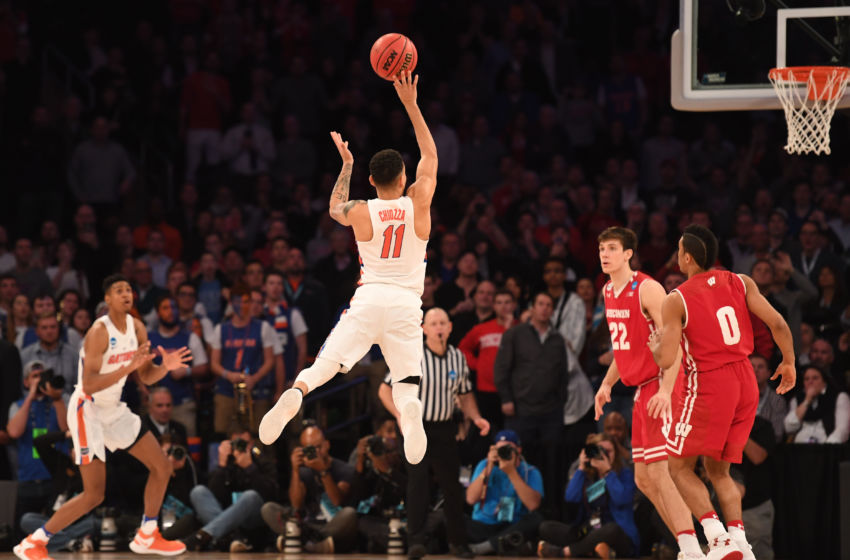 Chiozza drains a teardrop 23-footer for the win

It was a three-dud night in the Sweet 16 and looking to be an oh-fer in terms of captivating games when Florida went on a 16-3 run against Wisconsin midway through the second half at Madison Square Garden to open up a 12-point lead. Then Wiscy clawed back.

Memorable plays: 1) Zak Showalter‘s running three-pointers, followed by his Discount Double-Check move to Aaron Rodgers, who was seated nearby, to force OT,  2) In overtime, Baby Barry’s come-from-behind block on Khalil Iverson that kept Wiscy from opening up a four-point lead with :34 left, and 3) Chris Chiozza’s length-of-court drive ending with a running three-pointer buzzer beater as time expired. Best last five minutes or so of the tourney.

I don’t know his name yet, but this SI Kids reporter just asked, first word to last, as good a question as you’ll ever hear in a post-game setting. Kudos to South Carolina’s Frank Martin for acknowledging that.

An aside: When I was in my mid-twenties a kid in junior high begged to come to SI’s offices and hang out for a day to see how we did things. Our excellent Chief of Reporters, Bambi Wulf, set him up with Tim Crothers and myself. The kid’s name? Tyler Kepner. He now covers MLB for The New York Times.

I don’t have the answers to health care. From a pure supply-and-demand standpoint, I kinda feel like we have a surplus of humanity anyway and I welcome the zombie apocalypse as long as there’s still good barbecue.

But from a pure political standpoint, what a glorious mess for the Trump administration. Obama had a lot of dudes on the Hill agains him in his first term, and he STILL got the ACA passed. Trump has now been in office 64 days, made two major offensives (outside of his weekend trips to Mar-A-Lago), the Muslim Ban and WealthCare, and has lost bigly on both of them.

This is not what “winning so much you’ll be sick of winning” looks like.