*The judges will also optimistically accept, “Hare Today, Gone Tomorrow?” and “Eggs? Yes. Travaganza? No.” and “Meh, What’s Up, Don?”

The Mad Hatter’s Tea Party met MAGA on the South Lawn of the White House on Monday. Festivities included a gathering that was much smaller than predicted, a president who told a reporter that North Korea “needs to behave…just like these kids,” a national anthem in which the First Lady needed to nudge her husband to put his hand to his heart, and a president who signed a kid’s hat and then carelessly threw it into the crowd.

If there’s a Guinness World Record for one person whom the most other people have encountered and said to themselves, “What an asshole,” Donald Trump is that record-holder. Meanwhile in the South Pacific, last Friday the following assemblage reportedly convened on record mogul David Geffen’s yacht: Bruce Springsteen and Patty Scialfa, Barack and Michelle Obama, Tom Hanks and Rita Wilson, and Oprah Winfrey (and Steadman?). Does this mean that the Boss is officially a yacht rocker? And who forgot to invite Bono and Clooney?

That sounds like a cool group, but I think they needed an agitator. Someone to make it even more fun. I’d have invited David Spade along.

Jordan is going to have an even better career in the WWE.

The Memphis Grizzlies lost at San Antonio last night to go down 2-0 in their opening round series to the Spurs. Quick: Can you name the Grizzlies’ coach? It’s David Fizdale. Yeah, me neither.

Anyway, it occurred to me that the Grizzlies are the Los Angeles Clippers. This is a team that is very good but not great, that the NBA does very little to promote because their players come off as surly at best but definitely lacking in charisma (I don’t care how many Chris Paul or Blake Griffin ads I see on TV, they just don’t have “IT”), and that will soon be out of our lives because their cores are too old and they’ll never even sniff a Western Conference finals. So, enjoy them this last time around. Or, if you’re like me, don’t enjoy them. But these are two franchises that put together high-quality teams the past five years (eight 50-win seasons of a possible 10)but are going to need to scrap their foundation and rebuild if they want to advance any further. It’s over, kids. Move on.

George Constanza’s old employer won its 8th in a row last night and the NEW YORK YANKEES are 7-0 at the ballpark in the Bronx to being the season. They’re in the midst of their longest winning streak since 2012 and have done it entirely without their top two hitters of 2016, injured shortstop Didi Gregorius and injured catcher Filthy Sanchez.

What in the name of  Mr. Wilhelm is going on in the Bronx?

A) Pitching. The Yankees lead the majors in K/BB ratio (3.90) and, with the exception of the season opener in which Masahiro Tanaka was rocked, have gotten nothing but quality starts….and finishes. Keep an eye on 6’6″ rookie southpaw Jordan Montgomery, who pitched six shutout innings in getting his first career win last night. Middle reliever Adam Warren began the season by retiring the first 22 men he faced. 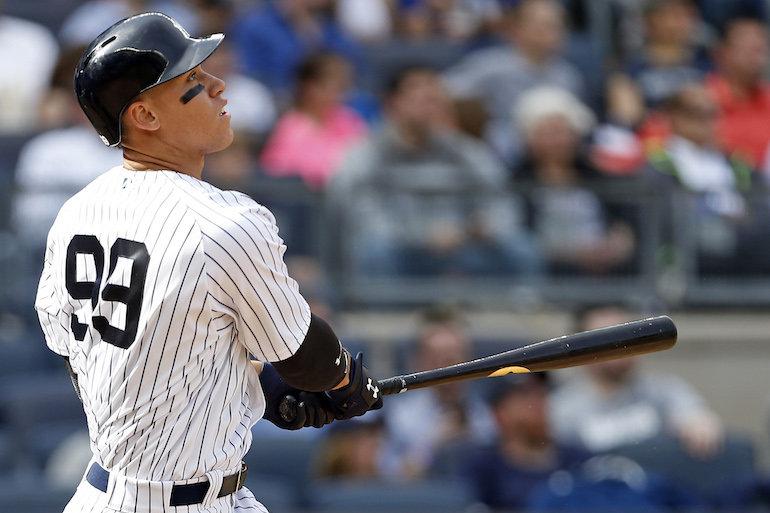 Judge could be leading a movement of the Yankees now retiring numbers from 99 down instead of 1 up….

B) Aaron Judge. Remember that impressive-looking dude wearing #99 who hit one out into dead center in his first Major League at-bat last August and then seemed to spend the rest of the summer striking out? Judge is seeing the ball better, and last night he hit his fourth home run in the past five games. 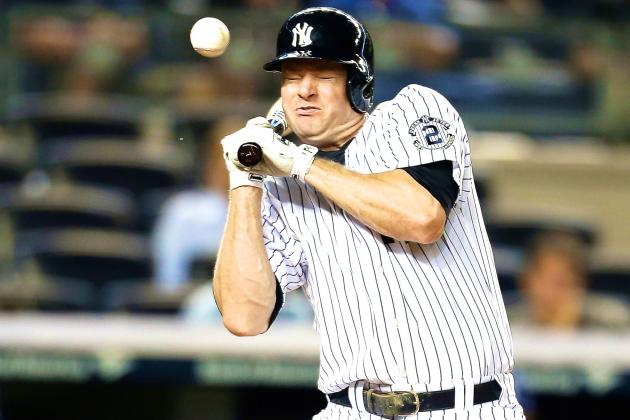 C) Chase Headley. Really? Really. The insurance veteran 3rd baseman the Yankees acquired two summers ago as part of their keep-bailing-until-this-ship-stops-sinking project is batting .395 and is second in the AL in both batting average and OBP. I don’t expect it to keep up (his OBP is a nutty .509) but for now, it’s way better than expected.

D) Joe G. People don’t give skipper Joe Girardi enough credit, but what he’s fantastic at is, like the Italian-American former catcher named Joe whom he succeeded, is keeping an even keel. The Yankees don’t do stupid stuff and now that A-Rod is gone, there’s no more drama. Going back at least 20 years, this is the LEAST star-studded team the Yankees have opened the season with since 1995. Perhaps 1996. It’s refreshing.

Again, it’s early. But if they’re playing this well without Sanchez and Gregorius, well, they should keep it interesting all summer.

We think Stringer Bell is somehow tied up in all of this….

*The judges cannot take credit for this. We give dap to Cecil “For He’s a Jolly Good Follow”

All these years. All those emails and texts. And maybe there really was a Nigerian prince all along. So who sent him the $43 million.

I doubt many people think of Long After Dark as Tom Petty’s best album, but the first four songs are  “You Got Lucky,” “Deliver Me”, “Change of Heart” and this song. It leads off the 1983 album and if you want to accuse Tom Petty of possibly plagiarizing…Tom Petty on that opening riff, “I Need To Know” why you’d say that.

I can’t explain why, but it’s always so much fun for me to watch the Clippers lose. And I really like Jamal Crawford and DeAndre Jordan. Anyway, the Jazz are breathing some fresh life into the Western Conference finals, a new team and new faces with which to contend. Kind of like those early ’00s Sacramento Kings.