PCH: The Hight Stakes and Corrupt World of Contract Bridge Meet Edith Fuller. She just turned six and she’ll be competing in the Scripps National Spelling Bee today. Fuller, a home-schooled student from Oklahoma, is the youngest spell-ebrity ever to qualify for the nationals and she will be more than two years younger than any of the other 290 competitors today. P-R-E-C-O-C-I-O-U-S.

2. Let’s Have Another Cup of Covfefe

This midnight Donald Trump tweet was stopped in mid-tweet (it’s got to be “coverage,” no?) and then deleted by the time you woke up? I’m hoping “covfefe” is the first word Edith Fuller is given today.

Who can figure out the true meaning of “covfefe” ??? Enjoy! 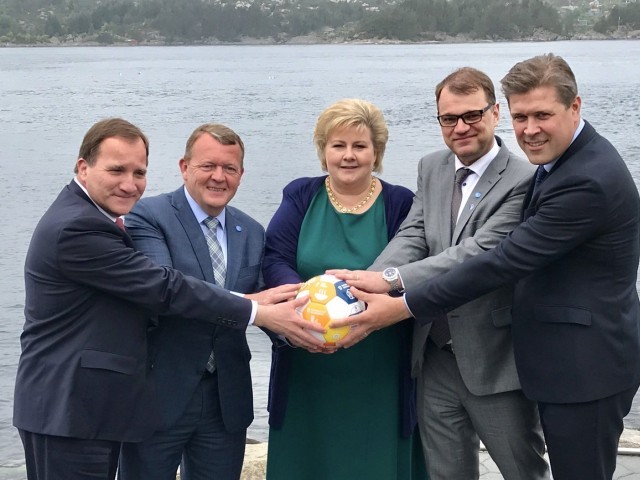 The prime ministers of, in order left to right, Denmark, Norway, Finland, Sweden and Iceland understand something about bullies in general and President Donald Trump specifically: they hate it when you laugh at them. 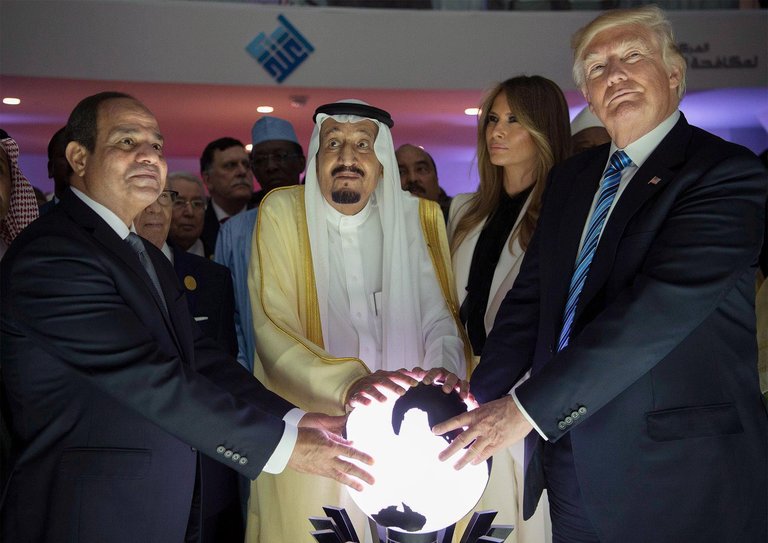 Thse five prime ministers, whose names are simply too difficult for me to spell, convened in Bergen, Norway (lovely town; DO visit) and posted the photo on social media under the heading, “Who rules the world?”

The Dragon’s Back, a five-day race across the Welsh countryside that covers nearly 200 miles and asks entrants to undertake an overall elevation gain of 15,500 meters (that’s 9.6 miles) concluded last week. The event is so torturous that it has only been undertaken four times: 1992, 2012, 2015 and this year. The next event is 2019.

Last week’s winners were Marcus Scotney of the U.K. and Carol Morgan of Dublin. Morgan, the top female finisher and the ninth overall finisher, was ideally suited to take part in such a perilous race: she is an advanced emergency room practitioner.

Put me down to do this race in two years…

Austin with a resident of Austin

When it was announced that Sports Illustrated was laying off five people earlier this month, the sports bloggers pounced on the name Seth Davis because they know him from TV. The other four names have not been made public yet (and I’ll let the other three ex-staffers reveal at their own choosing), but for those of us who’ve spent any time at SI in the past three decades, the truly big name and major personage that SI let go was Austin Murphy.

I first met Austin just a few weeks into my tenure at SI. It was the summer of 1989 and I walked into the 18th floor offices on an off day (Tuesday or Wednesday) to get a little work done. As I walked through the bullpen triangle of reporters’ offices, I spotted someone I assumed was a pro athlete (they bring them in directly for interviews, I wondered) but it was actually just Austin.

There are few people you will ever meet who have the physique of someone who could summit Everest, the charisma of a leading man, the vocabulary of a New York Times Op-Ed writer (he never wrote a story in the early years that did not induce me to look up at least one word, a word I’d later use in a story of my own) , and the literary background of a 400-level course college prof. Now take someone like that and put him in every college football and NFL locker room for 30 years, have him traipse around the Tour de France for a decade or two, and you begin to appreciate Austin Murphy. Add to all of that a Saharan sense of humor and a genuine decency and humility and then you have one of the best people who ever worked for the magazine. 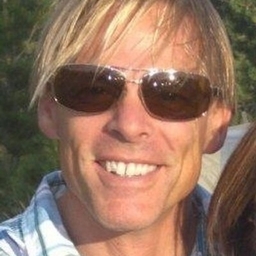 In my first years at SI, I was the college football fact-checker while Austin and the great Sally Jenkins wrote most of the “gamers,” the stories that emanated from the previous weekend’s big games. Austin became an unofficial mentor and big brother to me, especially after we both took a trip to South Bend just five weeks after I arrived (SI made Notre Dame its preseason No. 1) for a college football preview story and I realized he had quoted me (as “a recent alum”) in it.

Anyway, the awe I felt in the presence of Austin soon dissipated as I spent more time around him because Austin, the oldest son of a family of eight from eastern Pennsylvania, has a keen sense of self-awareness and excels at putting people at ease. A few anecdotes from the files:

–When SI laid four of us off in 2001, a number of friends or just staffers sent texts or emails of condolence. Austin phoned and this is what was said: “John. Austin. Better you than me.” I love that. It remains the funniest thing anyone has ever said to me.

–Austin used to write a bi-weekly family newsletter that he occasionally allowed me to peruse. It was titled The Slumgullion Fortnightly (I’m not sure if he still pens it) and it’s truly the funniest, most inspired writing this long-time senior writer at SI has ever done. As prolific and talented a writer as Austin is, he always saved his most inspired and humorous prose for tales that involved his parents and siblings. Occasionally, as in this piece about his younger brother, Mark, being cut by the Detroit Lions, his passion made it into the pages of SI. –In 2002 or ’03 I decided to run a marathon in Napa Valley because why not? Austin, who  was living in Marin County at the time, volunteered to let me stay at his home, then woke up at around 4 a.m. on a Sunday morning to drive me to the start line. And he waited around for me at the finish. He may have even taken me out for an ice cream cone, I’m not sure (he also lent me the family SAAB, whose transmission I may or may not have destroyed. Sorry about that, Austin. Send me the bill; I can now afford to pay it).

–Besides covering college and pro football, the Tour de France, and being SI‘s unofficial ambassador to all who pursue adventure sports over the years, Austin dedicated himself to writing two books that I highly recommend: Saturday Rules, an essential primer for the college football fan, and The Sweet Season, about an autumn spent with St. John’s football and their legendary coach, John Gagliardi. He’s going to take, I imagine, some much-deserved time off and work on his banjo or ukulele, become a better surfer, probably climb Half Dome at Yosemite or bike a few centuries, maybe even run for mayor of his cushy Marin County town.

I really like what our mutual friend Ralph Russo said when he learned SI had let Austin go: “I always thought that Austin and Chuck Culpepper were two people who gave sportswriting more than they got out of it.” I agree. You meet a lot of people in sports writing who let the culture devour them, who relax their personal standards or commitment to self-improvement because the job or the travel just wears them down. That has never been Austin. More than 25 years since I first met him, he still evinces that sense of adventure, of discovery, of self-actualization, all while being one of the funnier humans you’ll ever encounter. He never showed up at a press box dressed like a schlub, or spouting a trite phrase in front of cohorts as the contents of his pre-game meal could be observed in mid-mastication. He has always carried himself with both a sense of humor and a sense of, well, self-respect. You don’t always see that in our business.

If I get a text from Austin later this week telling me “Big wave surfing with Laird. Aloha,” it won’t surprise me in the slightest.

This song by The Doors appears on the album L.A. Woman and was released in March of 1971. It rose to No. 11 on the charts. Four months later lead singer Jim Morrison was dead at the age of 27; precise cause of death unknown.

Hold on to your catfish, folks. The Preds overcame a 3-0 deficit to tie the score in Pittsburgh on Monday before the Stanley Cup champs prevailed.