It’s all right there above: 4 hours and 48 minutes. Five sets. A final set that lasted 28 games. Gilles Muller etches one of the top 20 moments in Luxembourg sports history (top 15?) by knocking out 4th-seed and all-time great Rafael Nadal at Wimbledon in the Round of 16. A classic match, and an antidote to a sleepy Monday afternoon in July here in the States. 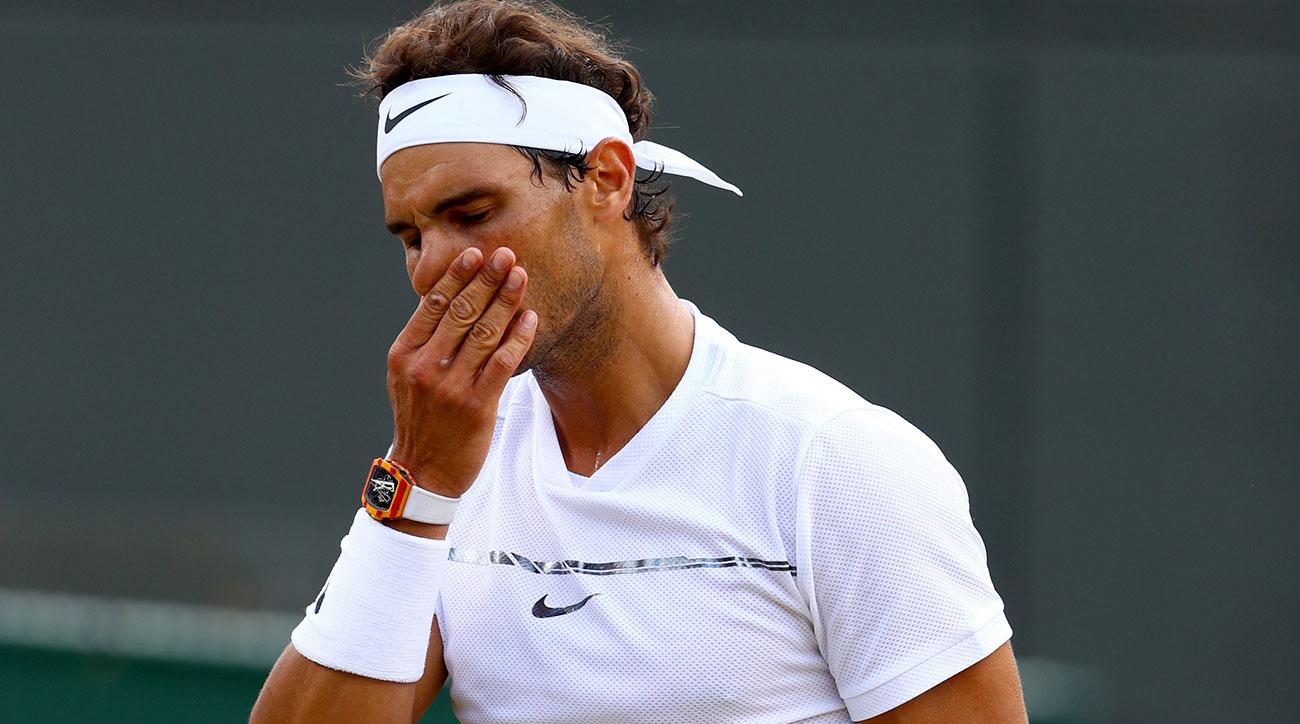 There’s smoke on that there gun, grampa. Is the news that Donald, Jr., admitted to taking a meeting with a Russian lawyer specifically seeking dirt on HRC last June at last a piece of news that, in a criminal sense, will stick? Well, it IS a crime and Don Jr. himself admitted (bragged?) that this is specifically why he met with that Russian. There’s no weaseling out of this one.

Here’s the Wall Street Journal story that broke the news and here’s a follow-up Washington Post piece that confirms it. There’s just far too many instances of the Trump family’s allegiances to Russia to ignore the notion that they’re in bed, financially, with Russia. And that it has compromised them from the very start of their run to the White House. This news is the strongest and most incriminating piece of evidence yet.

There was a funny montage last night on Rachel Maddow where she ran a series of denials from The Worst Wing members (Paul Manafort, Kellyanne Conway, Jeff Sessions, Mike Pence, Reince Priebus and even Orange Crush himself) about having EVER met with Russian officials during the campaign.

As Maddow explicated, for months and months The Worst Wing has denied meeting with the Russians. Now that it has been confirmed with nary a doubt, TWW seems to have adopted a strategy of saying, “Yeah, so what?”

Last night in Miami, Aaron Judge wins the Home Run Derby as we sportswriters attempt to find more witty metaphors to connect jurists with long-ball hitters. Judge hit 47 home runs during the competition (an image of Joey Chestnut just popped into my mind) and four of them traveled over 500 feet. And yeah, I do think that’ll rob him of some power at least the rest of July. We’ll see.

A Marine Corps KC-130 goes down in western Mississippi, killing all 16 military personnel aboard. The aircraft, which is regularly used for refueling, spiraled downward into a field and spread debris for five miles. Terrible day.

Read this article from New York magazine if you really, really want to be depressed. Oh, and I’m sparing you the wave of Mass Extinction stories that are also spreading this morning. Related: Stop KILLING elephants, you bastards.

Four young men, ages 18 to 22, have mysteriously vanished on a 68-acre farm in eastern Pennsylvania, in aptly named Bucks County. There’s a suspect, another young man named Cosmo DiNardo. His parents own the farm and are in the “cement contracting business.” Uh-oh.

Authorities have said that searching for the men, who knew each other, on the farm is like “searching for a needle in a haystack” (at a site that has haystacks; have they looked in there?). What’s going on? Still too soon to tell.

Put The Message In The Box

Rock and roll was a little lost between the release of The Joshua Tree in 1987 until Nirvana and Pearl Jam showed up in 1991. Thank you, Guns ‘n Roses, for helping us through that fallow period. Occasionally a decent band, such as World Party, fronted by a former member of The Waterboys, Kurt Wallinger, would provide a gem. This song, from the critically acclaimed 1990 album Goodbye Jumbo, was one such piece of bling. Starting pitchers: Max Scherzer versus Chris Sale. In the past 20 years, the American League is 16-3-1.