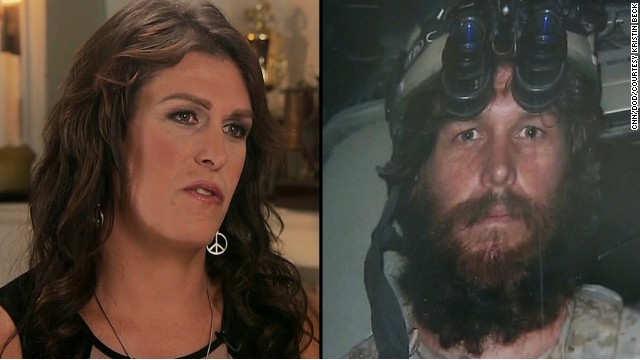 Why did Donald Trump suddenly, via Twitter, announce a ban on transgenders in the military without advance notice to almost anyone (even his Secretary of Defense, James Mattis, who is on vacation, had all of one day’s notice)? My suspicion is because Steve Bannon, truly the worst person in The Worst Wing, told him to do so.

Why? The art of distraction. With Russia and Jeff Sessions and the venal Jared Kushner exploding around the Oval Office, this took the news off the president’s collusion with Russia for at least one cycle. It also only penalized a minority, something Trump’s base has no problem with him doing (until THEY become the minority; I hope I live to see that).

Above, that’s Kristin Beck, who as Chris Beck served with the Navy SEALs for 20 years, including deployments in Bosnia, Afghanistan and Iraq. She received both a Bronze Star for valor and a Purple Heart. Beck’s reaction to yesterday’s news: “Let’s meet face to face and you tell me I’m not worthy.”

That will never happen. The other side of the coin of being a bully, as all know, is being a coward. Also, the idea that a man who weaseled his way out of military service on four different occasions (painful bone spurs that never kept him from a single day of golf) would have the audacity to tell anyone that they’re not fit to serve is comical. Sad! 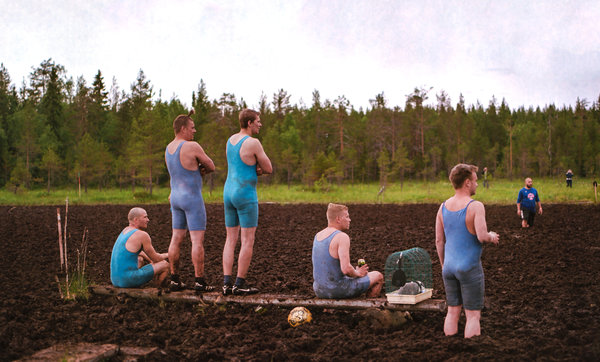 I love this story in The New York Times. Not only because someone identified a trend and reported on it, but because the writer, Andrew Keh, persuaded the editors to send him to Scandinavia to report on it (I’ll assume Keh is based in the USA and that he ventured overseas to report; it’s highly possible he did not; related: When I went to report on The Fogo Island Inn in Newfoundland for Newsweek, the deal was that the mag fronted me $500 and I paid the rest; the story cost me $1,000 out of my own pocket; hooray, journalism!).

Anyway, Keh’s story is fun and the layout is excellent. Great job, NYT.

The Ohio State Fair (or is it, THE Ohio State Fair) began with a ride malfunction and one death yesterday in Columbus. A ride called The Fireball partially split up, throwing more than a dozen people in the air.

Two other riders are in critical condition. 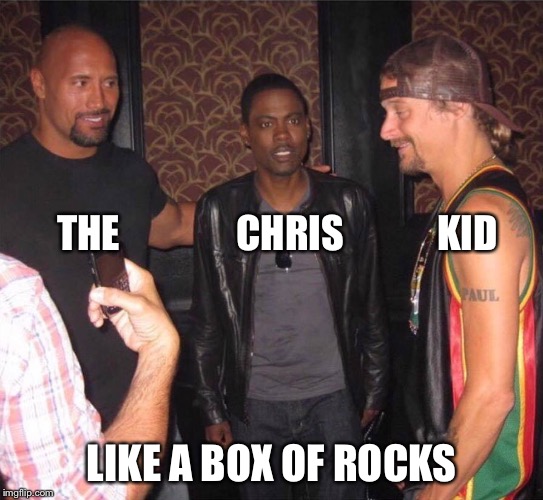 After Justin Bieber posted this photo of three Rocks on Instagram a couple days ago, it went viral. No idea when or where (or even if) it actually took place.

5. In Chandler, The Other Cleat Drops We’ve reported on Chandler (Ariz) Hamilton High School in the past: It’s barely 20 years old and has become a sports monolith (Cody Bellinger, among others, is an alum) in that time, with former Notre Dame football player Steve Belles leading the gridders to seven 5A state championships between 2003-2012 and a 53-game win streak as well.

Then, last academic year, a sexual assault scandal involving football players and three student victims (all male; these are hazing incidents). Belles has been reassigned. Now, word emerges that the families of the three victims are seeking a total of $20 million in damages.

Chandler police have recommended criminal charges be brought against Belles and principal Ken James for reportedly knowing of violent hazing incidents and taking no action to report them. Three football players have been charged, one as an adult.

Full disclosure: I have had 4 family members, all female, attend Hamilton.

Norm and Dave. Enjoy at your leisure.

After releasing one of the greatest (and, at 17 million units, best-selling) debut albums of all time in 1976, Boston wisely named their sophomore effort Don’t Look Back. This album, released in 1978, did not quite live up to the overall quality of the first, but it still spawned three top-50 hits that garner radio play to this day. Boston is not in the R&R Hall of Fame; that’s outrageous.

Not only denoting a person who believes that the existence of God cannot be known, claiming neither faith nor disbelief, but also having a noncommittal attitude toward something