Do you remember how bizarrely Game 7 ended last November? Michael Martinez came to bat with a man on and two outs in the bottom of the 10th and represented the winning run. Martinez, who’d had a total of 101 plate appearances in 2016, could have been one of baseball’s most unlikely heroes ever, but instead grounded out weakly to third against Cub reliever Mike Montgomery.

In a world without Chris Sale, Indian ace Corey Kluber (2nd in ERA and WHIP, 3rd in Ks) would be the favorite to win his 2nd A.L. Cy Young in the past four years.

2. Current Events: Against The Flow of Traffic

O.K. Commuter: David swims to work each day. Yes, but how does he return home?

This is Benjamin David, who reportedly packs up his clothes and laptop in a waterproof bag and swims 2K (1.2 miles) in the Isar River in Munich daily to commute to work. I found a story in both Time and on BBC.com, and neither divulged where David works or whether he swims home, too (presumably, against the current). Also, does his office have a shower?

This is poorly reported journalism. But who cares? We clicked.

Mooch is a classic bag man

Can The Worst Wing go a full 48 hours without another embarrassing incident and/or leak? The latest: On Saturday Anthony Scaramucci (THE MOOCH!), whose wife of three years recently filed for divorce, tweeted a request (threat?) to people that, in our own terms, said, “Hey, youse guys leave my wife alone or I’ll bada-bing! Bap!”

Family does not need to be drawn into this. Soon we will learn who in the media has class and who doesn’t. No further comments on this.

Then on Sunday Arthur Schwartz, who has previously been ID’ed by Fox News of all outlets as a spokesman for The Mooch (a spokesman with his own spokesman? Niiiiiiice.), typed a tweet that he has since deleted. It read:

So, if you’re following at home, on Thursday Mooch called Priebus a “(bleeping) paranoid schizophrenic,” on Friday Priebus resigned/was forced out, on Saturday Mooch went all snowflake on his personal life, and then on Sunday Mooch’s own sub-Mooch accused Priebus of committing adultery.

I deleted my tweets re @Reince & apologized to him. Pretty sure he’s not accepting my apology. Can’t blame him. I’m ashamed of what I said.

Schwarz has since apologized, in part because CNN’s Jake Tapper called him out on it. Yet another incident for The Worst Wing 30 for 30. The two most intriguing notes in this epic Los Angeles Times feature on USC quarterback and Heisman front-runner Sam Darnold: 1) his maternal grandfather is a former two-sport USC jock, Olympian and Marlboro Man named Dick Hammer (now that’s a name you’ve got to live up to) and 2) his father is a plumber at the same medical center, UC Irvine Medical Center, where UCLA QB Josh Rosen‘s dad is an orthopedic surgeon.

Another writer I know is doing a feature on Darnold now and described him as “the world’s most boring person.” Hey, it happens all the time in sports writing. Usually, if you have to mention the athlete owns a snake, that’s code for you couldn’t find anything interesting about him (FYI: Darnold does not own a snake). 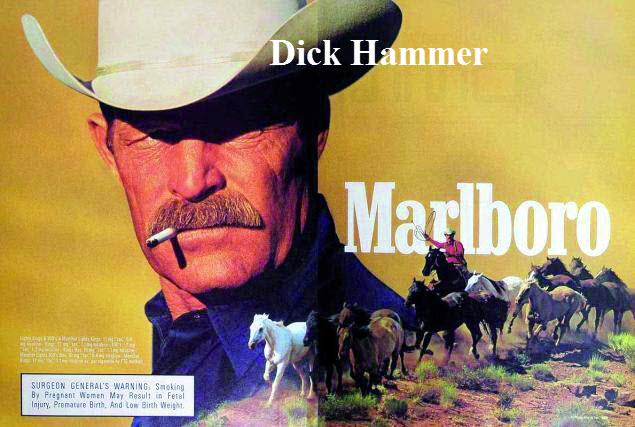 This was Sam Darnold’s grandfather. He died of lung cancer.

5. Steve Jobs on Marketing vs Production

This is what happened at my former place of work (as well as at MTV and myriad other places that began putting sizzle over substance). It’s about WHAT you make, not how you try to sell it.

Required viewing for anyone in business, this.

NFL network giving their expert opinion on all the games we’ll win and lose this season. THIS IS LAST SEASONS SCHEDULE. pic.twitter.com/QAmDhFLeP2

Can you possibly get any more Lilith Fair-era artist than Lisa Loeb? This song from her 1996 follow-up album was not her major hit (“Stay”, which went to No. 1 in 1994), but this one is definitely better driving music. My guess is that if Monica, Rachel and Phoebs ever took a road trip, it would be nothing but Lisa Loeb and Sixpence None the Richer CDs.

optimistic or positive, especially in an apparently bad or difficult situation