So what do you do about Stone Mountain, Ga., which features a trio of Confederate heroes: Robert E. Lee, Jefferson Davis and Stonewall Jackson? This was the site of the second founding of the Ku Klux Klan in 1915. 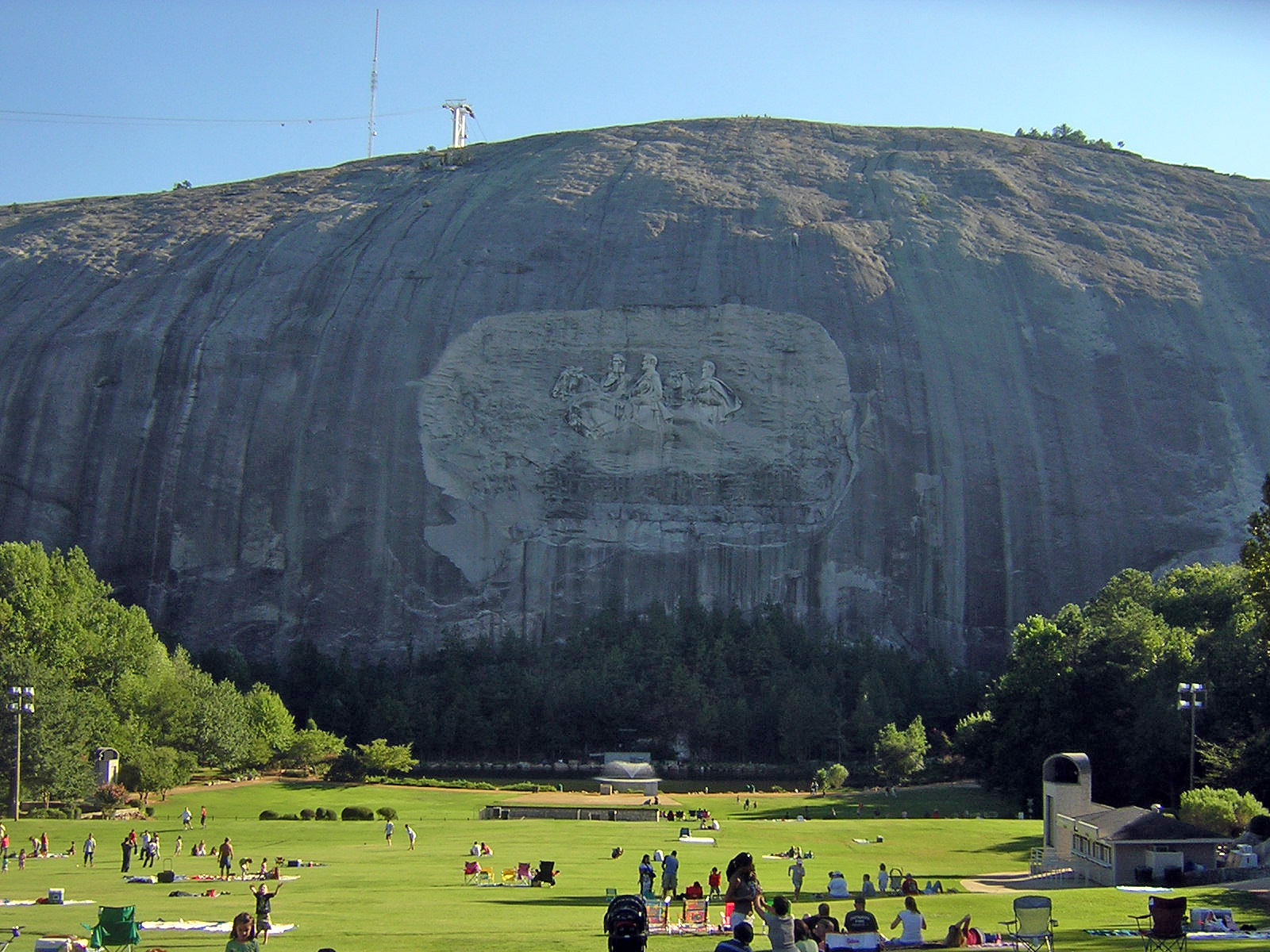 To echo the profound words of Susie B. in yesterday’s comments, let’s ask this question: Why did the removal of Confederate monuments suddenly become such a hot-button issue? Who is behind this?

The MH staff, in its divine equanimity, can see both sides of this: erasing history is a dangerous rabbit hole down which to travel. Then again, it’s no coincidence that neo-Nazis, the KKK and white supremacists choose to hold gatherings at Stone Mountain. These are vestigial altars for them. 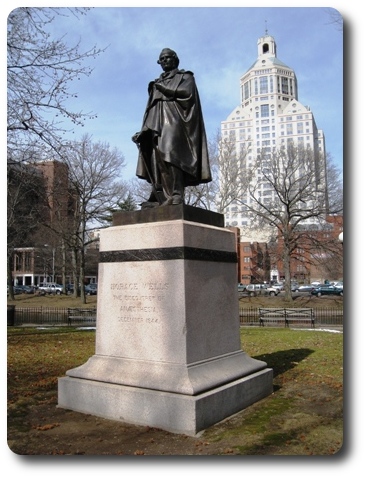 MH’s favorite statue? Located in Hartford, Conn. That’s Horace Wells, a dentist, whose contribution to mankind was that he discovered anesthesia. Few humans have done more to relieve pain (and we’ve never even been a beneficiary of his work)

Monuments are symbols; nothing more. They lose their power if people’s hearts and minds are not bolstered by them. Then again, if this nation were 72% African-American and 12% Caucasian, as opposed to the reverse (which it is), no way in hell those monuments/statues would still be standing. So you can see the point of people who’d like them taken down, no?

We almost forgot: Tina Fey is a University of Virginia alum. So how did we almost forget to post this video from last night about “sheetcaking?”

2. Will The Triple Play?

The lowest percentage hit in baseball, in terms of its likeliness? The triple, of course, which is also arguably baseball’s most exciting play. In the past century only one man, Kiki Cuyler, has hit at least 24 triples in one season. And that was in 1925.

The last man to hit 23 in a year? Curtis Granderson, in 2007. The single-season record of 36 in one year was set in 1912 by John “Chief” Wilson of the Pittsburgh Pirates.

This year’s current leader is Charlie Blackmon of the Colorado Rockies, who has 14 and appears not to be a threat to touching Granderson’s 21st century mark. Blame it on shorter outfield walls, better outfielders, and more sophisticated defense in terms of cut-off throws. The bases certainly haven’t gotten any farther apart nor have the baserunners slowed down.

Blackmon, by the way, has baseball’s third-best batting average (.335) and second-most hits (164, three behind Jose Altuve of the Astros). If you’re as intrigued by triples as we are, do read Roy Blount, Jr’s 2003 piece on the play in Sports Illustrated. He’s one of the handful of best scribblers ever to write for the mag.

By the way, the two hottest teams in baseball are Boston and Los Angeles. Fox (and the MH staff) would love to see that Fall Classic.

3. Skunk In The Outfield

Not sure if the story by Sam Miller on ESPN.com needed to be this drawn out, considering it’s two high school baseball teams from Rhode Island, but it’s worth the read for the fascinating thing you’ll learn: a runner’s base path is simply a straight line between wherever the baserunner is and the base he’s going for when a tag is attempted. Keep that in mind as you read this story about the trick play that Portsmouth attempted on East Greenwich, a play that lasted 2 minutes and 32 seconds.

So we’re a week late and perhaps Susie B. track-shamed us into including this item, but Friend of MH Emma Coburn won the 3,000 meter steeplechase in London at the World Championships last week. Not only did Coburn win, she set an American record (9:02.58, taking five seconds off her PR) and became the first Yank to win a steeplechase at the Worlds or Olympics since 1952.

That’s Courtney Frerichs of Missouri finishing second. Americans hadn’t finished 1-2 in a race longer than 400 meters at this level or the Olympics since 1912. That’s 105 years ago for those of us who are math-impaired. “I don’t think it’s family friendly what I said to Courtney,” Coburn said about their post-race embrace. “Holy guacamole is the PG version.” 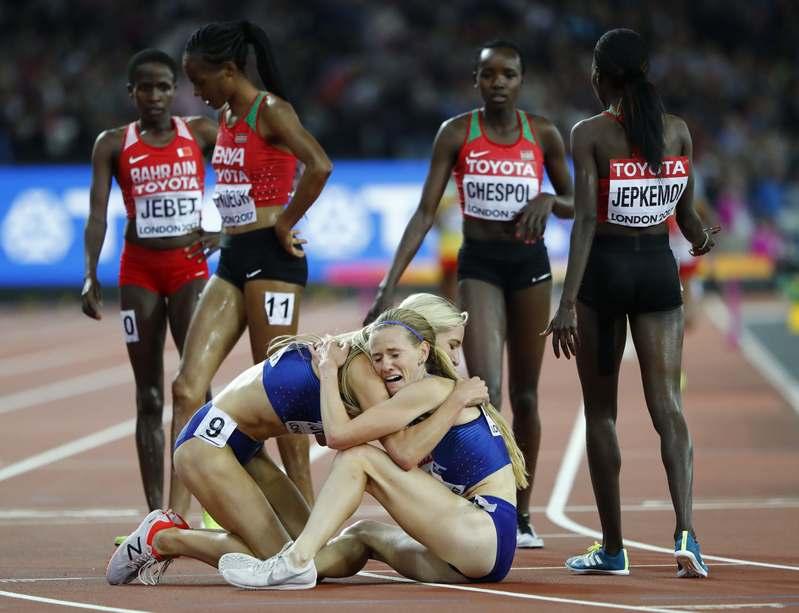 The best part? Emma switched coaches earlier this year, moving to her fiancee, Joe Bosshard. I guess he deserved the job. 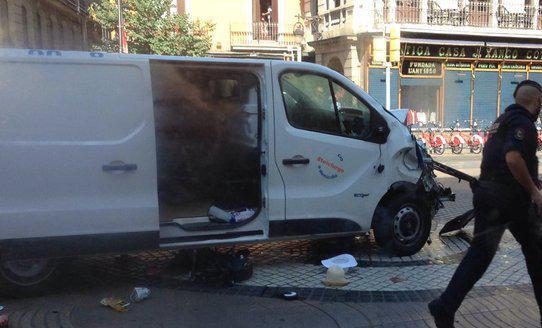 Why not lead with this story of 13 killed in a terrorist attack on Las Ramblas? Because that’s the entire point of their exercise. Rogue cars are never going to take down the democratized world; only reactionary responses and panic in the wake of such attacks can do that. 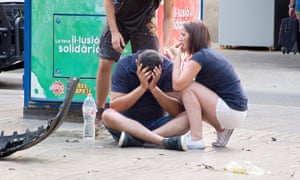 Spanish police shot five suspected terrorists dead in the resort town of Cambrils, but the driver is apparently still at large. A minute of silence (below) was held today in Barcelona for the victims.

Before it was the bay abutting Kings Landing, it was a Delta blues rock classic by the Doobie Brothers. Patrick Simmons wrote the guitar riff and then, upon a visit to New Orleans, was inspired to pen the lyrics. This was a No. 1 hit for the band from San Jose in 1975.

a person opposed to increased industrialization or new technology*

Etymology (from Wikipedia): The movement is said to be named after Ned Ludd, an apprentice who allegedly smashed two stocking frames in 1779 and whose name had become emblematic of machine destroyers. Ned Ludd, however, was completely fictional and used as a way to shock the government