Within the PATH OF TOTALITY,  the spectacle of the total eclipse was probably awe-inspiring. And for those who looked skyward without the correct vision aids, Cat Stevens‘ tune about lunar shade may have been prescient:

For the rest of us, as one person near me in New York proclaimed yesterday, “Fake News.” Oh, sure, things got slightly hazy, but there was no hour or so of darkness. Anyway, it was a happening, and it will certainly last longer than Mayweather-McGregor this weekend, no? 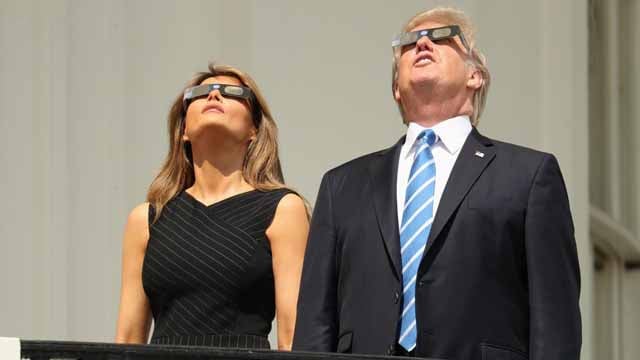 This is what it’s going to look like moments before the North Korean nuke hits…. In simple terms that Afghanis (who listen to classic rock) might understand, “Meet the new boss/Same as the old boss.” The most shocking aspect of President Trump’s announcement last night was the admission that—get ready for this—he’s not always right.

Trump: “My original instinct was to pull out, and historically I like following my instincts. But all my life, I’ve heard that decisions are much different when you sit behind the desk in the Oval Office.”

Translated: Much of what I said on the campaign trail regarding foreign policy was complete and utter bullshit, and today is my day of reckoning.

In retrospect, we all should have listened to Gust Avrakatos, the son of a soda pop maker from Aliquippa, Pa., who advised in the late eighties after the USA helped the mujahideen repel a foreign invader that we should fill the void with education and aid. 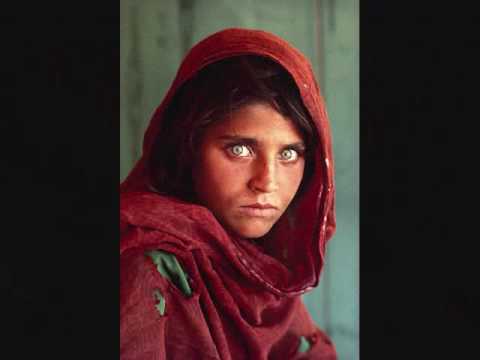 Instead, the Taliban filled that void and now—guess what—the USA is seen by much of the Afghan population as the foreign invader (you sort of get that rep when you land in a country in 2001 and never leave). Anyway, no easy answers here, but I’m reminded of a conversation between Cersei and Tyrion Lannister back when they were still on speaking terms and shortly after the Red Wedding. I’ll paraphrase:

Cersei: “We have to kill all of our enemies before this war is over.”

Tyrion: “Fine, but it feels as if for every enemy we kill, we create two new ones.”

Cersei: “Then it’s going to be a very long war.”

The key elements of Trump’s strategy: Possibly 50% more troops (from 8,400 to 12,400); more autonomy for the military; you better behave, Pakistan; and NO nation-building (even though it sounds as if a lot of what we’ll be doing is exactly that). Great job, NFL owners. You’ve turned Colin Kaepernick into a martyr. A dozen Cleveland Browns kneeled for the anthem during a preseason game last night (or was this a special kickoff receiving drill?).

It was only a matter of time before this scene took place and expect to see more like it. There’s punter Britton Colquitt walking the highwire between supporting his teammates and honoring the flag. That’s the white man’s version of a peaceful NFL protest? 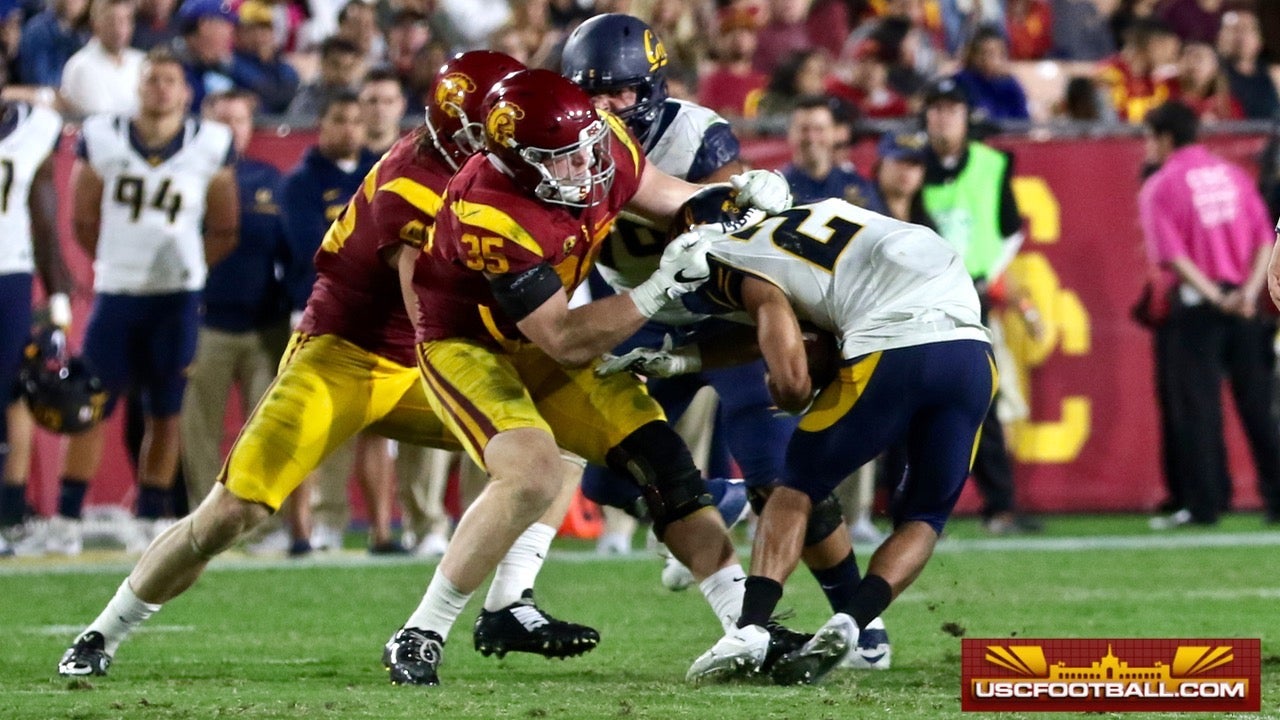 The only August 21 event as hyped as the total eclipse was the release of the AP preseason Top 25 (you promoted it well, Ralph Russo), so we’ll do our friend a solid and discuss it here. First, the link.

That’s right: Just one SEC school in the Top 10 (while three B1G schools are in and two apiece from the ACC, Big 12 and Pac-12. Nick Bosa is shaping up to be just as good, if not better, than his big brother, Joey. Don’t sleep on THE Ohio State University.

USC and U-Dub would not meet until the Pac-12 Championship Game.

Good news, Notre Dame fans: Irish are not in the Top 25 but do play four Top 25 schools (no, we’re not being facetious; that IS good news).

Easiest route to playoff: We’d say Wisconsin, but USC has so much more talent that we’ll go with the Trojans. The bet here is they’ll be ranked at worst 2nd when they visit South Bend in mid-October. Comedian. Actor/Leading Man. Pariah. Crusader. Fundraiser. Jerry Lewis, who died over the weekend at age 91, was all of these things. Growing up in the 1970s, an era before cable and streaming and the inter web, when TV networks would SIGN OFF at 2 a.m. or so and the set would just snow white noise until 6 a.m., the annual Jerry Lewis Labor Day Muscular Dystrophy Telethon was a MONSTER EVENT. Not only would Lewis be on air for more than 24 hours straight (it was always fun to see if the tuxedo would look more worn by the show’s end than Lewis himself), but just knowing you could wake up at 4 a.m., turn on the TV and see LIVE programming, much less any programming, that was paradigm-shifting.

Anyway, read more about the strange and wonderful life of one of the 20th century’s more mercurial talents here: the easiest way to describe Jerry Lewis to millennials? He was Jim Carrey before Jim Carrey existed.

It’s rare that a band that’s a decade past its prime releases a song that is as close to a signature song (or a monster hit) as the group has ever released (think of Cheap Trick and “The Flame” as well). But that’s what this 1990 gem did for AC/DC. This audible adrenaline shot was not only a big hit for the Aussies (Top 5 both in the USA and Down Under), but it’s on every sports arena’s playlist.

Thanks to AIR for the suggestion.

If you’ve yet to see the 2016 film about the rise of Ray Kroc and the Golden Arches, it’s worth a look-see. Sure, Michael Keaton is always fantastic, but Nick Offerman in a serious role as Dick McDonald, the real genius behind the birth of America’s most influential franchise, is outstanding. John Carroll Lynch is his typically wonderful self as Dick’s brother, Mac, and you still don’t know him by name but you’ll recognize the face.