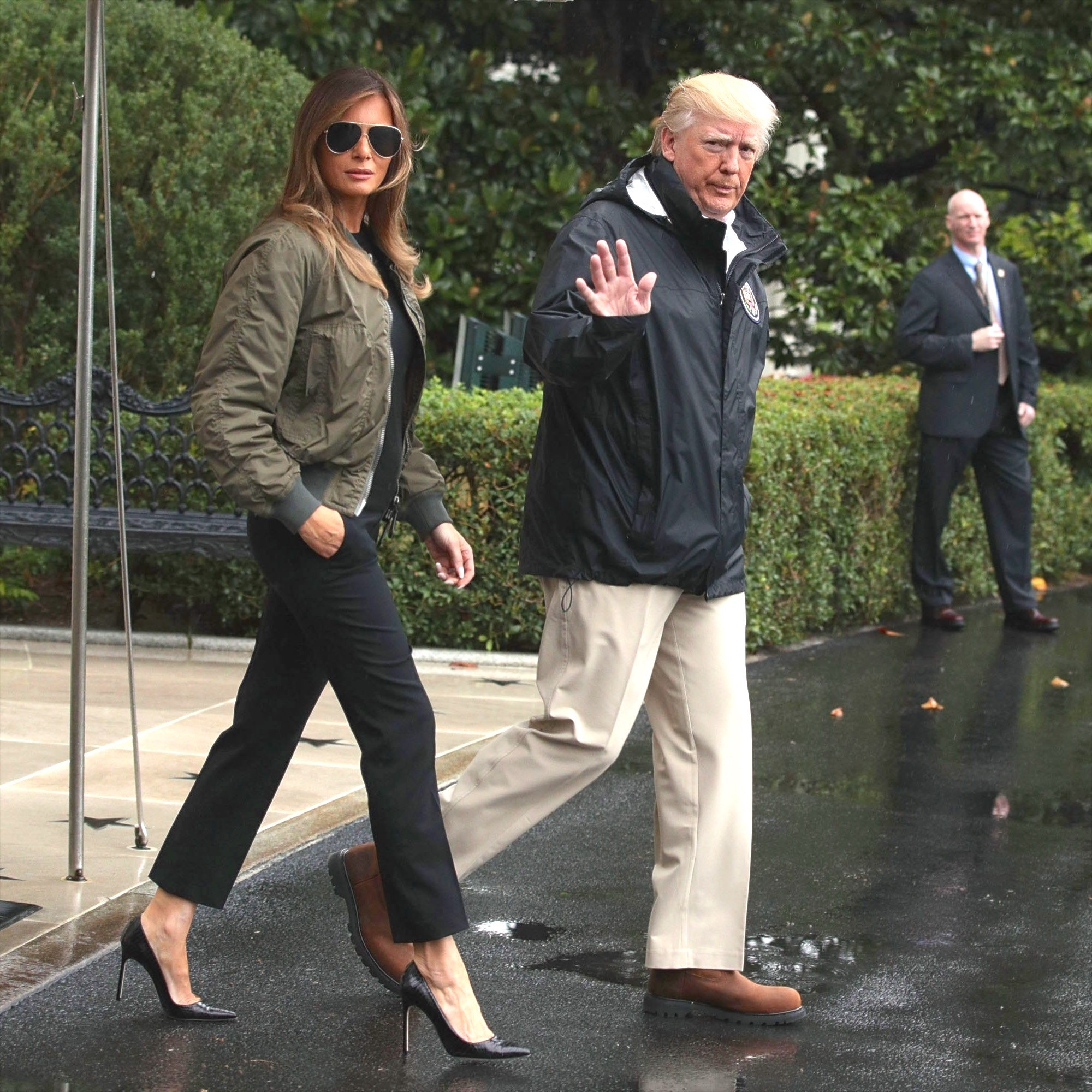 When you bring a cheese grater to a knife fight…

Congratulations, Harvey! No single storm has ever dumped more rain—52 inches—in one area. At least 11 people are dead and well, there’s going to be quite a plethora of mud for a fortnight or so.

Donald Trump just spoke to a small crowd in a light rain. It was like Inauguration Day all over again…

I traveled with the President yesterday. Personally, I would not claim to have seen Harvey’s horror and devastation first hand. https://t.co/Zb7bsF5CW5

Meanwhile, the president flew to Corpus Christi and then Austin, where he never spoke to a single resident outside of the governor, and cautioned that the two of them should probably not congratulate one another on how they have handled this epic storm until later. Courage, friend.

Strangers pulling together to save a life. ❤️ pic.twitter.com/ZiEELjEpHf

This, above, is what it’s ALL about. Below, this man tells it like it is. *The judges are already sorry

Even though it’s garnering almost zero cable news attention (because we Americans are so self-absorbed), the flooding in south Asia has claimed at least 1,000 lives. The Indian megalopolis of Mumbai has been particularly hard-hit, but chances are the BYU-LSU game will probably be moved there anyway. This New York Times piece provides excellent reportage.

3. Kneel And Be Counted 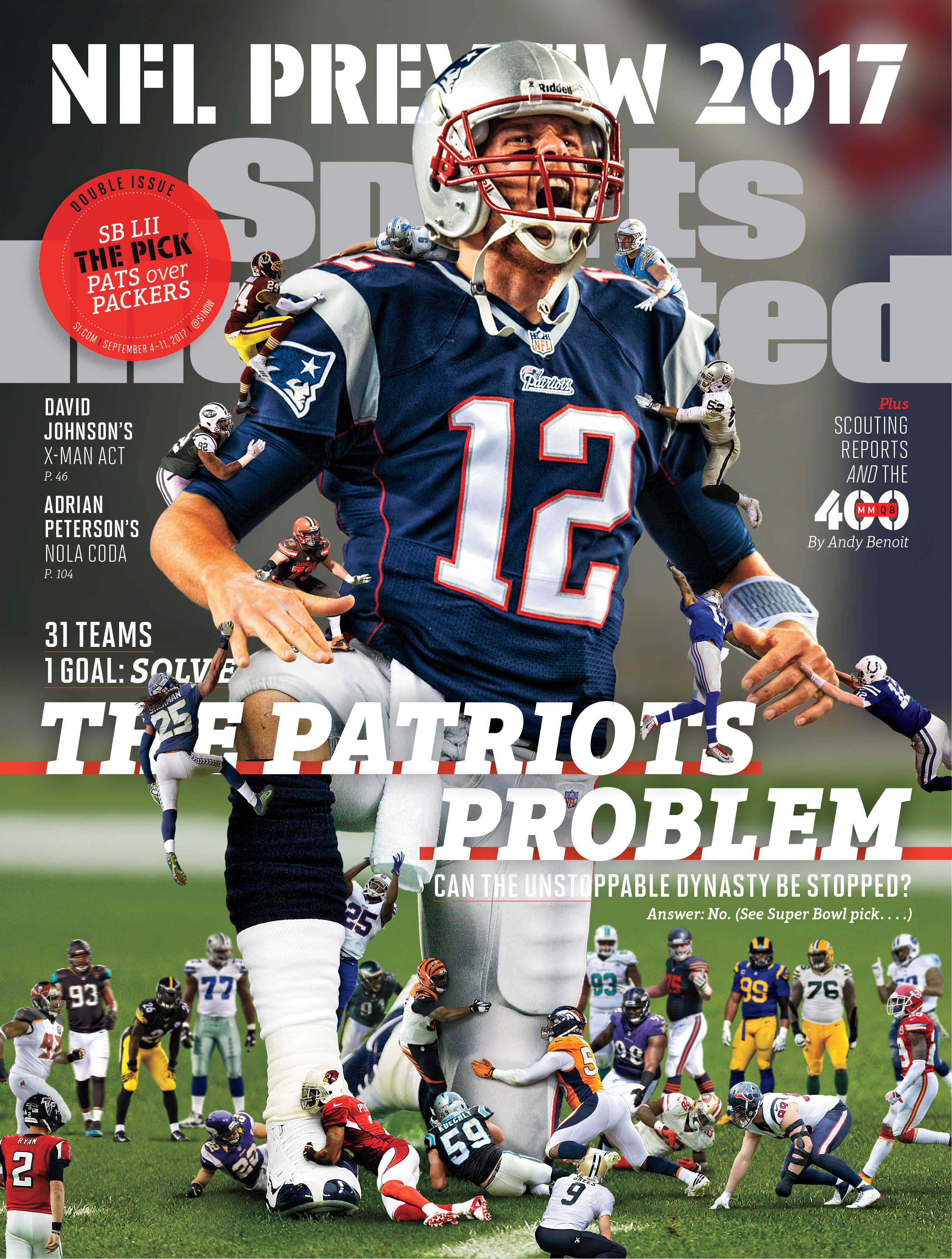 Our friends at Sports Illustrated put out four regional covers featuring three NFL household names (Tom Brady, Aaron Rodgers and real-life flood hero T.J. Watt) and one NFL Fantasy hero (David Johnson). The concept of other NFL players as Lilliputians compared to this quartet of Gullivers was inspired, but there may be a slight chance that consumers will notice that all four players, three of whom are Hall of Fame locks, are kneeling. 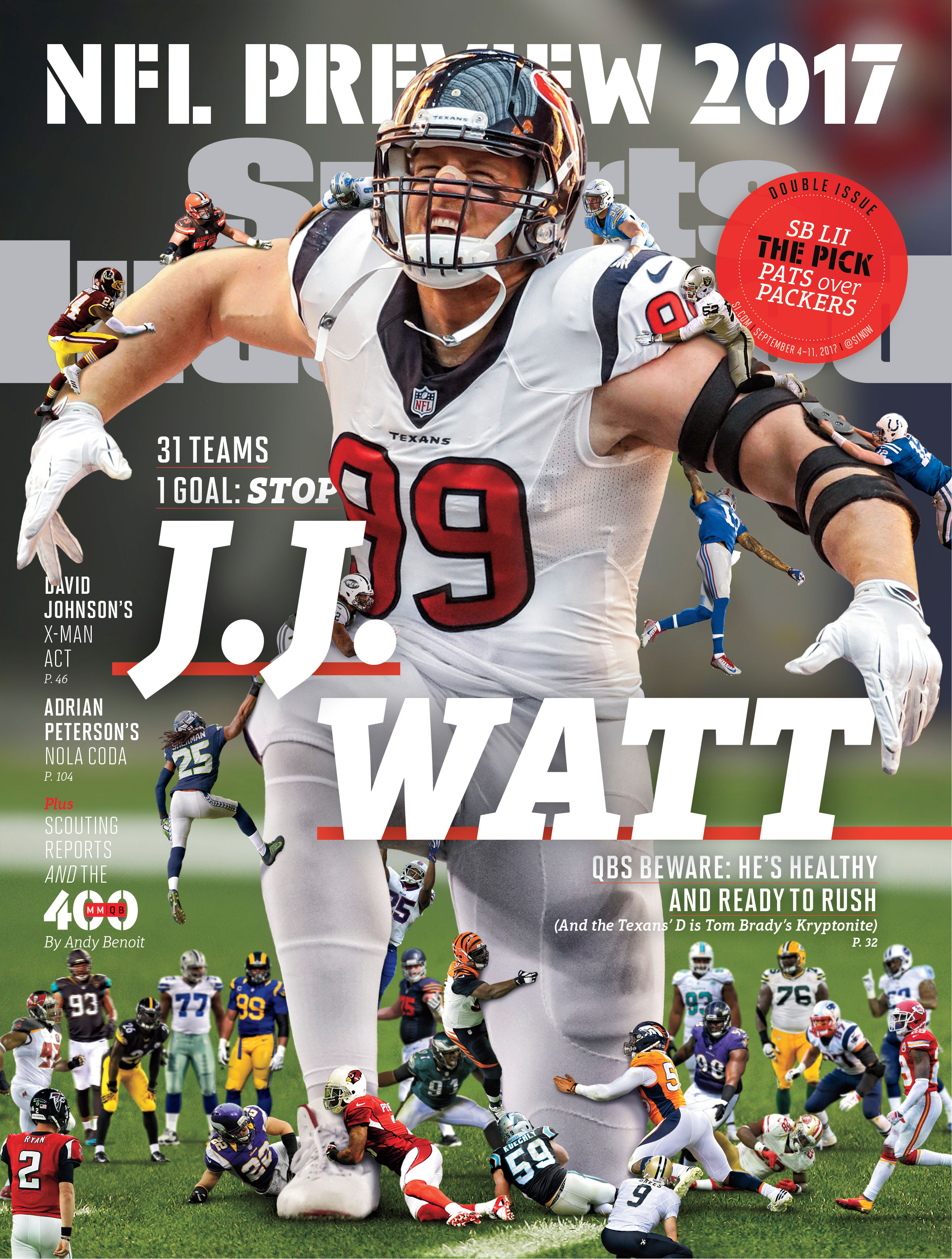 And you know, there’s a certain quarterback currently not on a roster who overshadows all of them in terms of attention right now who is famous for kneeling. 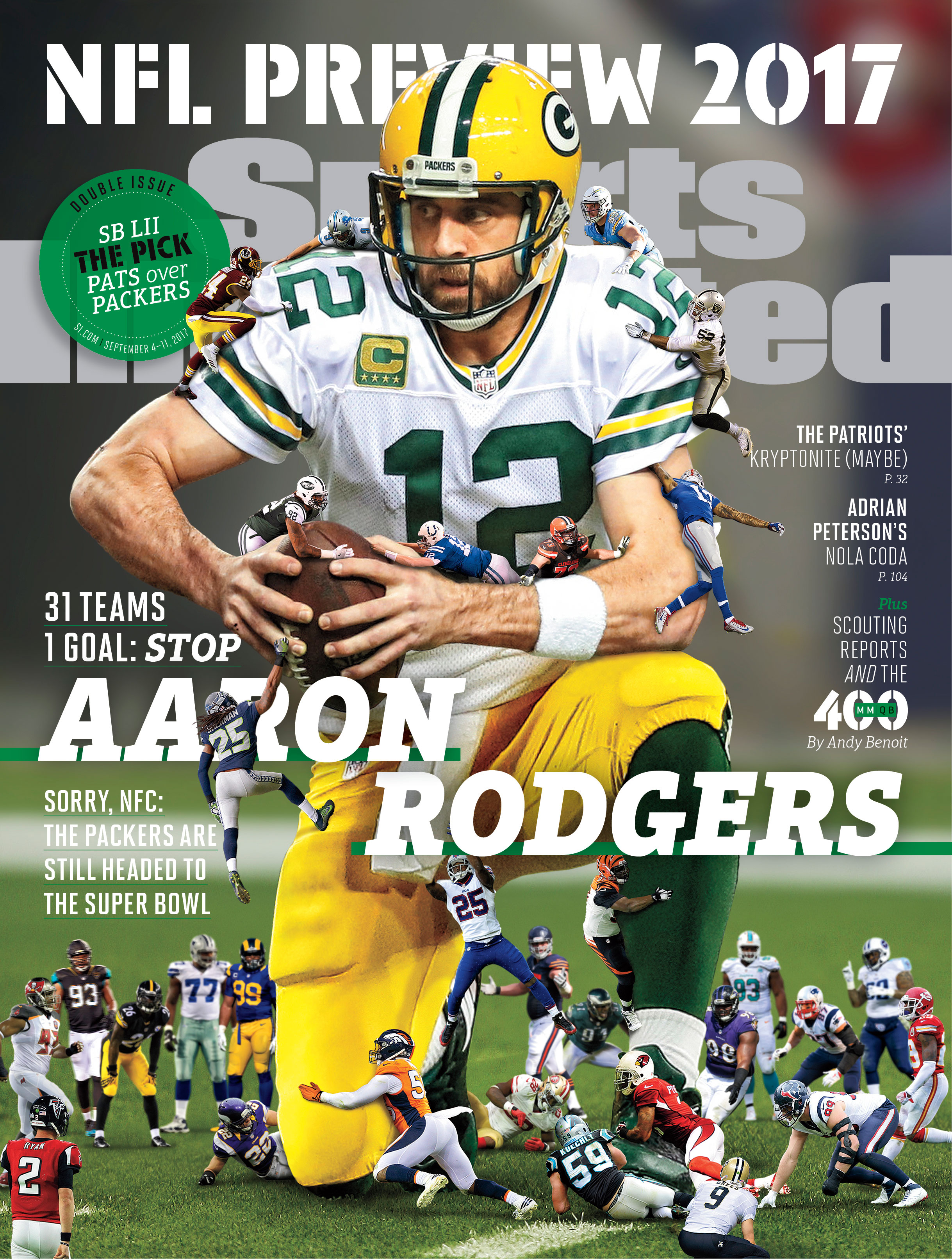 SI says it was not trying to make a statement. I believe them. But is it really that strange for readers to infer that a statement was being made? 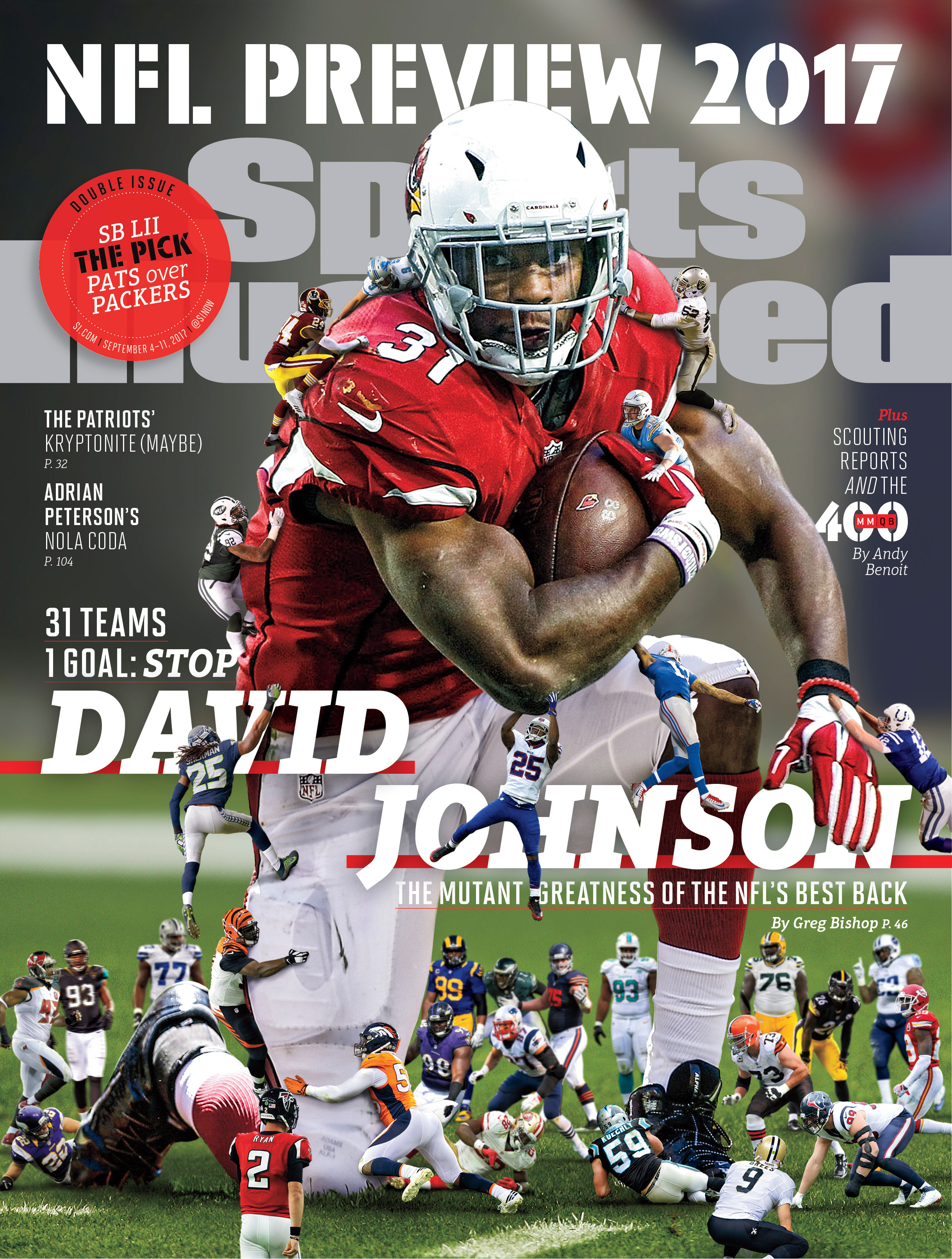 4. The Trouble With Print Journalism

Bil Nack, one of the best there’s ever been. Nack doesn’t believe in writer’s block; he just believes you need to report the story more thoroughly.

As often happens, our most inspired ideas/thoughts come while we are in the shower (which is why we’re always running low on shampoo). Anyway, here was/were yesterday’s…

1) When I started out at SI, editors/bosses cared most that your stories were well-written; today they care most that they’re well-read…

It’s really that simple and yes, we apologize for now posting two of our tweets in one post. Bosses/managing editors no longer insist on a story being thoroughly reported or meticulously written; they, for the most part, care about your SEO-headline and how many clicks the piece receives (“Kardashians Meet Brain-Eating Zombie at Katy Perry Concert!!!”).

Also a lack of great editors who can take time to nurse, advise & line edit, until the piece is perfect. Less $$ + journalism insight.

Another HUGE and sorry development, as tweeted out by my friend/colleague/and fellow Arizonan Lisa Olson (in response): at some point editors started being called PRODUCERS. Where once editors were older, wiser, more experienced and bitter and crotchety former writers (i.e., yours truly, present day), today they are underpaid millennials whose primary job is to grab the content, get a photo from Reuters or Getty, and post that sh*znit as soon as possible. The majority of them don’t even line-read your story (it’s amazing the errors you’ll see, and I’ve often been tempted to throw in a completely Jabberwocky line simply to see if anyone was paying attention or reading).

At its core, Chicago were just a group of nerdy and extremely talented musicians, a superior version of Counting Crows or Dave Matthews Band. It’s long been our belief that the music of Chicago would make for a PERFECT Broadway play and when it eventually happens, just remember that Medium Happy had the idea but not the rights. This song made it to No. 10 in 1973. The bar was set much, much higher back then.