The hottest (103 degrees) Game 1 of a World Series ever. The shortest World Series game (2 hours and 28 minutes, with “America the Beautiful” tossed in) since 1992. And a 32 year-old, 5’11” ginger with a beard, long hair and a bald spot hitting his second game-winning homer in as many Dodger home games for the lads in blue. As someone on Fox, perhaps it was John Smoltz, maybe Keith Hernandez, floated after the L.A.’s 3-1 victory, “Very seldom do you see a guy in his late 20s go from a journeyman to a superstar.”

Replace 2nd base with a flag pole and have the players raise, lower and fold the flag between each inning.

Yeah, let that hang in the air for a moment. Justin Turner hit 15 home runs in his first six seasons of Major League Baseball. He has hit four in this postseason alone and 64 in his past three seasons, since turning 30. Old man strength or HGH? 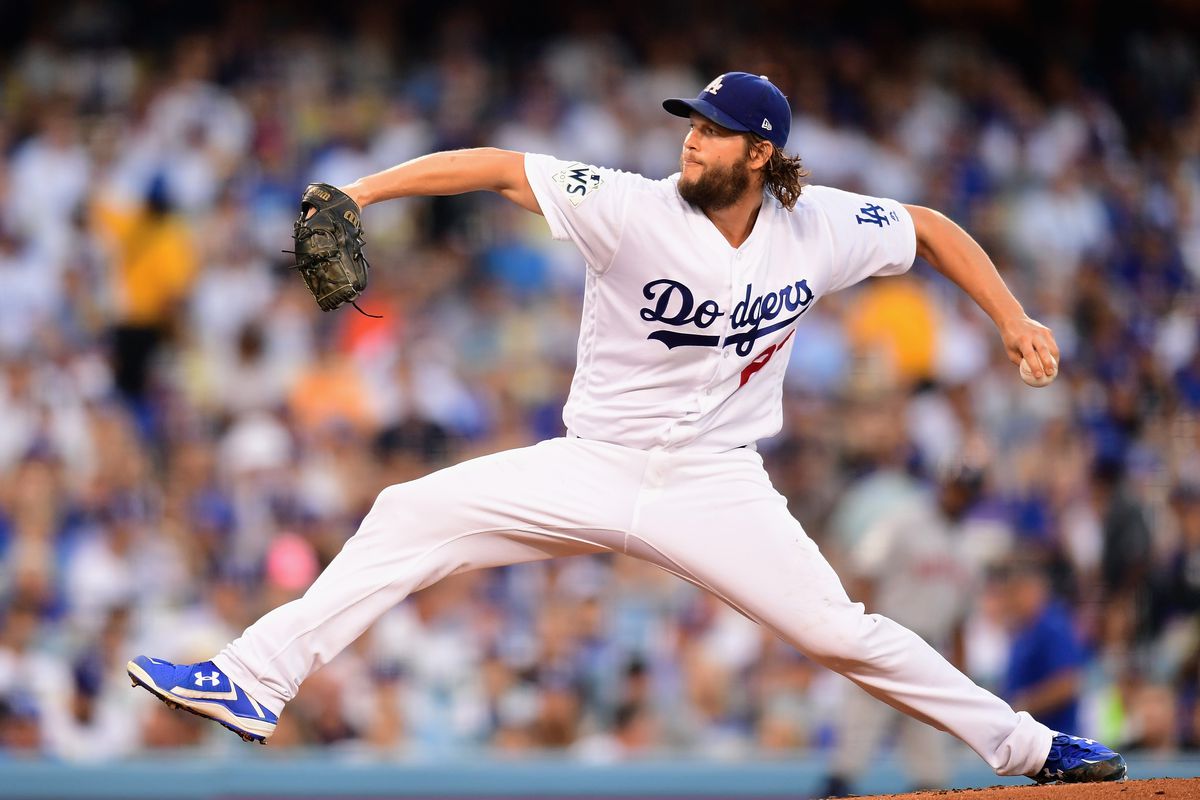 Meanwhile, Clayton Kershaw, the most dominant regular season pitcher since at least Bob Gibson and Sandy Koufax, pitched the gem we knew he had in him: 11 strikeouts, no walks and only three hits.

First it was John McCain standing alone. Then Bob Corker, another Republican, stepped up in the past two days. Then yesterday Jeff Flake, a man at last who doesn’t look like your grandfather, had his say. Here is his speech in full…

Here is a more condensed version.

While I somewhat admire Flake’s stand, I’m bothered by this line: “For the next 14 months, relieved of the strictures of politics, I will be guided only by the dictates of conscience.”

Isn’t that the crux of the problem in a nutshell?

Emboldened by the courage of McCain, Corker and Rubio, as well as by the drive-by, never-mentioned-Trump-explicitly tongue lashing of Bush 43, more Republicans will be expected to speak out against little Donny Trump.

Maybe our republic has a chance yet…

3. A Thin Line Between Love and Tate Pac-12 Offensive Player of the Week this season: Stanford’s Bryce Love has been named so twice, while Arizona’s midseason replacement QB Khalil Tate has been named three times (the last three in a row).

Love is the nation’s leading rusher (198 yards per game) and among players with the minimum amount of rushes/games, its leader in yards per carry (10.27). He is rightfully the Heisman Trophy frontrunner or at worst, in second position.

But keep an eye on Tate. Since becoming the Wildcat QB three games ago (all wins versus Pac-12 foes; he got not one snap in the previous two games, both losses), he has rushed for 327, 230 and 137 yards. His yards per carry average is a whopping 13.7. The 6’2″ sophomore from southern Cal powerhouse Junipero Serra replaces Donavan Tate, who is 27 and the son of former UGA standout Lars Tate, but if you read Billy’s comment in yesterday’s MH, you already knew that.

By the way, here’s just another reason to LOVE Saquon Barkley.  This could be a Tom Rinaldi story if only the girl later developed cancer. 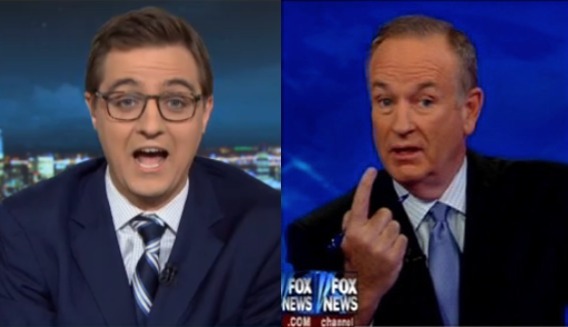 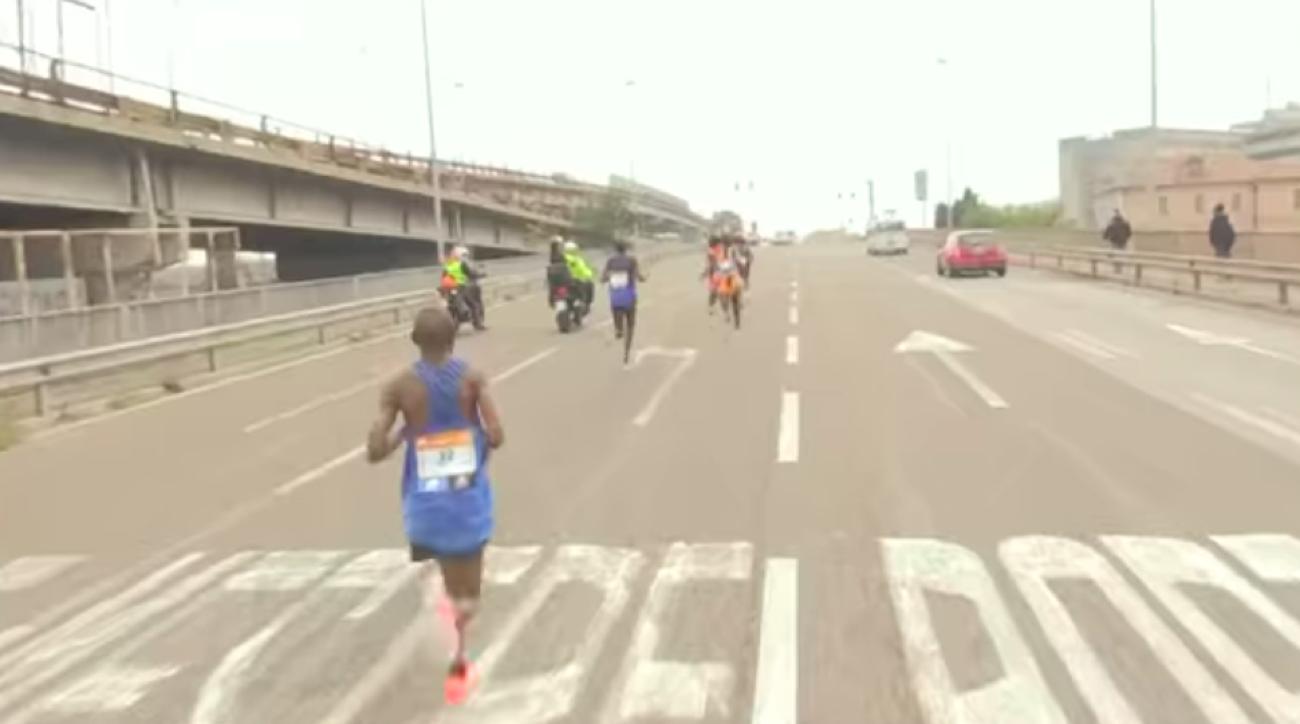 If you’ve been to Venice, you’ve probably gotten lost in Venice (my personal record: one visit, one time very lost, nearly missed train). Of course, if you’re leading the Venice Marathon, you don’t expect to get lost. But that’s what happened last weekend, when the six leading runners (all Africans) followed a motorcycle off the course and were misled (literally) several hundred meters (at around the 15-mile mark) before realizing their error. 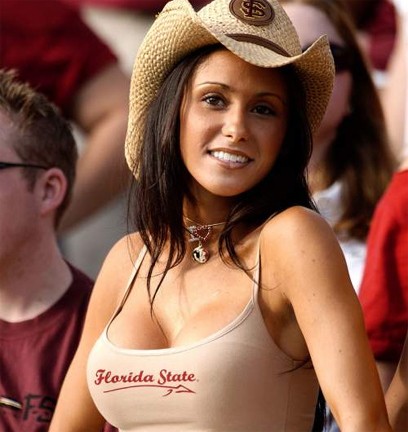 On the other hand, you are looking at all the reasons anyone ever took Jenn Sterger seriously as a journalist

In the wake of the Sam Ponder/Barstool Sports fiasco, Jenn Sterger unleashed a rant on ESPN’s own sexist and sexual harassment ways. No huge surprise here, but why not name the jerk, Jenn?

This is “Identity Crisis,” created by an artist named Michael Murphy. It’s … oh my god. More of his work: https://t.co/NhbVmBAS5J pic.twitter.com/heUtq1eFxe

Cate Blanchett at tonight’s #InStyleAwards: “We all like looking sexy, but it doesn’t mean we want to f—k you.” pic.twitter.com/3FKFjJJVzC

In the early Seventies, there were quite a plethora of tunes that featured some excellent acoustic guitar musicianship (this song from Emerson, Lake & Palmer, songs from America, Crosby, Stills, Nash & Young, Jackson Browne, etc.). This song always reminds me of being in the desert, and I can’t exactly tell you why. The English trio’s tune peaked at No. 39 on the Billboard charts in 1972; it deserved better.