From almost all accounts, Greg Schiano is an excellent football and looks like every hard-ass colonel from every Vietnam film you’ve ever seen. But there may  be some skeletons in his closet regarding his time as an assistant at Penn State (1990-1995) and a coach named Jerry Sandusky, and so when Tennessee moved forward on plans to hire the current Ohio State defensive coordinator, the social media backlash in the Volunteer State was so “toxic” that they quickly shelved that maneuver (if only Schiano had been running for a vacant Senate seat on the GOP ticket). Weird happenings in Knoxville. Fired this weekend: Kevin Sumlin at Texas A&M (7-5), Todd Graham at Arizona State (7-5), Mike Riley at Nebraska (4-8 )and Davd Bailiff at Rice (1-11). Hired this weekend: Chip Kelly at UCLA, which suddenly looks very cunning by firing Jim Mora one week early and getting ahead of the rest of the field in pursuing candidates, and Dan Mullen at Florida.

We should have a contest as to which of the Networks, plus CNN and not including Fox, is the most dishonest, corrupt and/or distorted in its political coverage of your favorite President (me). They are all bad. Winner to receive the FAKE NEWS TROPHY!

I’m all for awards shows, so let’s make this happen. The ceremony will take place either at a pizzeria in northern D.C. or in Benghazi and it will be hosted by Bill O’Reilly and that Virginia coed who was raped. But will there be a Selection Committee?

*The judges will accept “Harry Kari” and “Windsor Knots”

In London, Prince Harry announces his engagement to actress Meghan Markle, who is about to step into the role of a lifetime. Did you really think we’d get through a November without a mention of D-3 Grinnell college hoops? The Pioneers are 5-0, leading all divisions in scoring at 138 ppg, and have an ASTOUNDING 12 players averaging double figures—yet no one player averages as many as 18 points per game. They really are pioneers.

This is one of those “In the back seat of the wood-paneled Chevy station wagon as my parents drove” classics from the late Sixties and early Seventies. Rod McKuen originally recorded this song as the theme for the 1969 British film The Prime of Miss Jean Brodie, starring the lovely Maggie Smith, but we prefer this Oliver version, which hit No. 2 on the pop charts. We prefer everything Oliver does (dude had THE classic adult-contemporary voice of the late Sixties). Smith, by the way, won the Oscar for Best Actress for her portrayal. 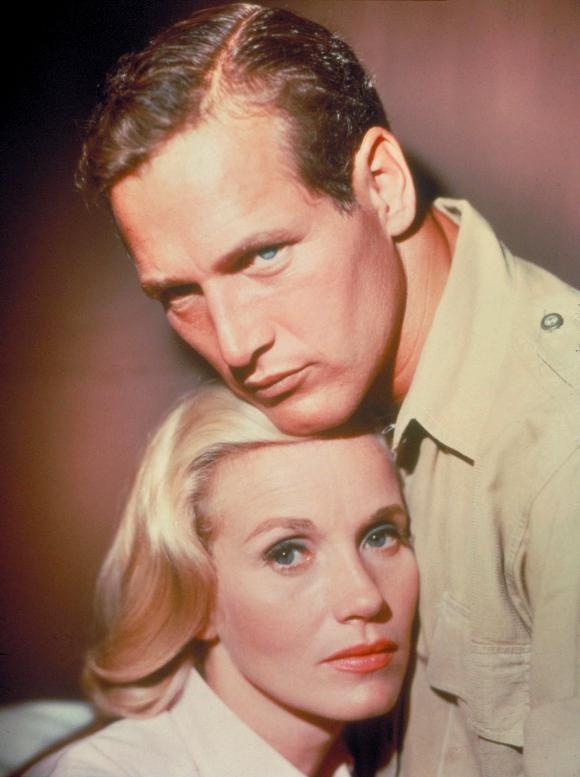 Its a 1960 film about the plight of the Jews post-WWII and the creation of the state of Israel but more importantly, it stars Paul Newman and Eva Marie-Saint.