Did Jesse James get robbed?

A wild finish in Pittsburgh last night in what was likely a prelude to the AFC Championship game. The Pats led 27-24 when Ben Roethlisberger threw what looked to most of us like the go-ahead touchdown pass to tight end Jesse James (nice pick play, Steelers). 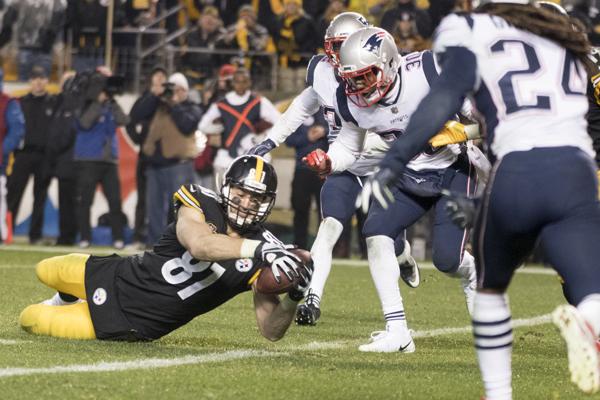 It looks good here, though

Except that the zebras overturned the call, saying “the ball did not survive the ground.” I hate to say the referees were correct, or to give the team that benefited from Tuck Rule another mulligan, but given the rules that the NFL has, the refs were right. James did lose …

Anyway, it seems that, as written, the rule backs up the zebras on this play. Even though James had the ball until he…didn’t.

Two plays later, with the Steelers down 27-24 and :05 on the clock, Big Ben faked a spike, tried for the game-winning TD pass from five yards out, and threw a pick. Pats survive again.

Both teams are now 11-3 but the Pats won the head-to-head, so these two could meet for the second year in a row in the AFC title game in the borough of Fox. 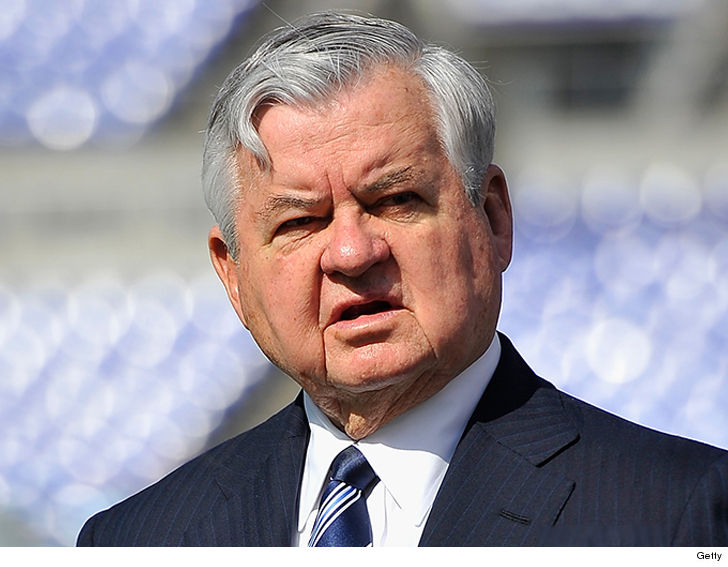 Do the sexual harassment and cover-up accusations against Carolina Panther owner Jerry Richardson have any merit? Well, one day after the story came up, Richardson announced that he’s selling the team. And another white power figure NFL owner named Jerry (Jones), commented that this made him “sad.”

Props to SI’s L. Jon Wertheim and Viv Bernstein for uncovering that the Panthers ”

“Have Made Multiple Confidential Payouts for Workplace Misconduct, Including Sexual Harassment and Use of a Racial Slur”

*The judges will also accept “Harshing His Melo”

In his only appearance at the Garden this season, Carmelo Anthony scored 12 points and received one death stare from his estranged wife, La La. The Thunder lost 111-96, and it’s the Knicks who have a winning record (16-13) and OKC that has a losing record (14-15). That’s known as The Carmelo Effect.

La La looks good, though, no?

4. Where The Streeps Have No Name

Just before the Beatles Show begins at the Shea Stadium in 1965, we can see a young Meryl Streep on the left pic.twitter.com/VgraBbw23A

Is this really the three-time Oscar winner? Could be. My cousin, who was the same age and at the same show, is a little chapped that the CBS cameras failed to locate her. She’s actually more telegenic.

5. The Seven Words You Can’t Say on CDC

Over the weekend the Center for Disease Control (CDC) affirmed that the White(st) House has forbidden official budgetary request documents to use the following seven words: “diversity,” “evidence-based,” “entitlement,” “fetus,” “science-based,” “transgender,” and “vulnerable.”

This is terrible, of course, but it does remind us of one of the greatest comic riffs of all time. Here’s George Carlin (use headphones if at work):

In 1981 the Dutch band Diesel wrote the greatest Huey Lewis and the News song that Huey himself didn’t record. It’s  a song about a road trip to San Francisco and it peaked at No. 25 in the U.S. but went all the way to No. 1 in Canada. Imagine if they’d penned Shaughnessy Heights Summer Nights (that’s for you Vancouverians…Vancouverites?)

In its maiden season, this was the best dramatic series on television in 2016. Season 2 dropped earlier this month and we finally caught the first two episodes. Lizzy sends Phillip on a five-month tour of the South Pacific and it turns out that when the cat’s away, the cat will play. Oh, and never write bawdy letters to your pals at the Thursday Club about your misadventures in Borneo (that should be, like, Rule No. 17).