Lower taxes for everybody? Yay! The MH staff, not unlike the Democrats who actually had to vote on it, hasn’t had time to read over the tax bill (as if we’d understand it, anyway). We did find it funny when Senator Mitch McConnell (R-Kent.) said, “If we can’t sell this to the American people, we need to get in another line of work” followed by a Monmouth University poll that said 47% of Americans disapprove of tax reform and only 26% support it.

Missed this from last week, but you have to wonder why Matthew Petersen was ever nominated by The Worst Wing for a federal judgeship. Watch this. At a certain point I was hoping Senator John Kennedy to turn his line of questioning to, “Have you ever even read a John Grisham novel? Seen My Cousin Vinny? Can you tell me who Aaron Judge is? Anything?

Kennedy, who is a Republican, actually later told a TV station, “Just because you’ve seen My Cousin Vinny doesn’t qualify you to be a federal judge.”  Not even if you’re a ute.

Using only six players most of the game, Geno Auriemma secured his 1,00th career victory (all of them at UConn) last night with an 88-64 defeat of Oklahoma. The Huskies play all their most interesting games before Christmas because they now belong to a suck-ass hoops conference, but that’s just me quibbling.

Also last night, North Carolina’s Sylvia Hatchell, in her 43rd season, secured her 1,000th career win (most of them at North Caolina, where she has coached for 32 years.

How do Geno’s 1,000 wins stack up against the other four college coaches from major programs who’ve passed this milestone?

Highest win percentage, most national championships. Not bad. Someone should write a book about him.

By the way, you had to scroll down pretty far on ESPN’s home page to read news of Geno’s feat. Perhaps if UConn were located closer to the WWL headquarters, or if more UConn alums worked there, or maybe if Geno were good with the media and the sound bytes, occasionally. I dunno…

In Virginia, Democratic state senate candidate Shelly Simonds defeats Republican incumbent David Yancey by a count of 11,608-11,607. That win gives the Dems a 50-50 tie in the state Senate house. I’m just wondering if the election official pulled out an index card to see whether Simonds had made it or not. 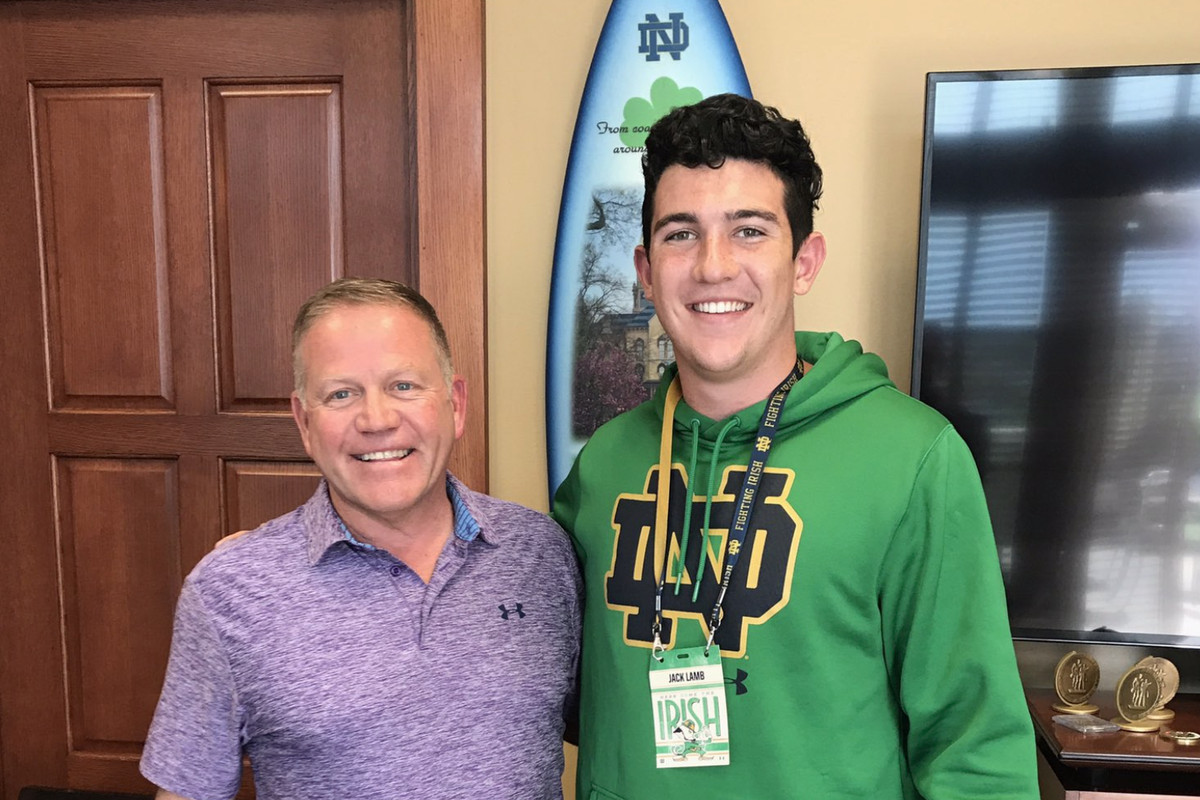 Jack Lamb—the “ert” is invisible— is from Temecula, so you know he knows how to fight

We like the idea of the Early Signing Day for two reasons: 1) it allows schools and high school seniors who don’t believe in shenanigans (“FARVA!”) to save themselves six weeks of such and 2) because Nick Saban doesn’t like it.

A third reason? For those who don’t sign, they can take a good look at who has signed where and get a better idea of where they’ll fit in or what they want to be a part of. Makes total sense.

Trevor Lawrence, the nation’s No. 1 rated player and a QB, is headed to Clemson….as soon as he goes to buy Aerosmith tickets with Wooderson

For a school like Notre Dame, which doesn’t go full-Harbaugh at recruits but hopes the academics, the facilities and the gridiron tradition sell themselves, early signing day is a boon. That may be why the Fighting Irish are killing it today. As we write this 10 of Notre Dame’s 20 slotted commitments have signed and the other 10 are expected to do so. Experts are calling this the school’s best defensive signing class since 1990 (keep your eyes on safeties Houston Griffith and Derrik Allen and linebackers Bo Bauer, Shayne Simon and Jack Lamb). Also, wide receiver Kevin Austin, who is very good at catching El Pasos. Also, Bonzie Colson scored a career-high 37 points last night as the Irish (9-3) outlasted Dartmouth, 97-87. I still haven’t forgiven him for missing the bunny with the Irish up high last Saturday and the other thing is that it’s worrisome that Bonzie needed to go for 37 versus a middling Ivy team. Don’t fall in love with this team. Right now, at least, it’s a two-man squad. 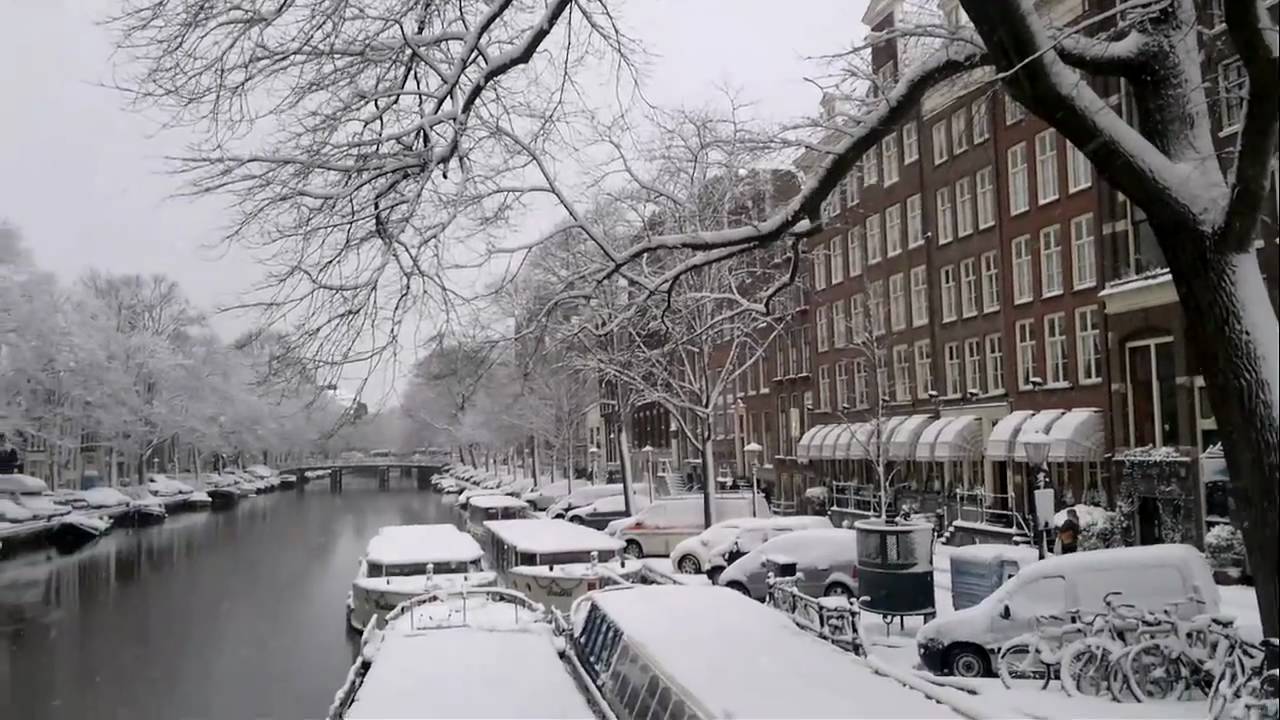 It doesn’t actually snow in Amsterdam all that much, so last weekend’s white out was welcome in the lovely city in the Netherlands. If you’ve never been, you should visit.

So cool that Kendrick Lamar is performing for the pros at the Super Bowl! Oh, wait. It’s college football, so he’s “supporting amateur athletics,” and it’s “all about education.” My bad. https://t.co/G1IPyMKvGH

Excuse us, Jay, but don’t you earn a comfortable living by speaking into a microphone at live collegiate sporting events?

The Christmas Song (a.k.a. “Chestnuts Roasting On An Open Fire” a.k.a. “Merry Christmas To You”)

Is there a better Christmas caroler than jolly old Nat King Cole? We don’t think so. He was born for the gig. The most played Christmas song of all was written in the midst of a “blistering hot summer” in 1945 by Bob Wells and Mel Torme, a.k.a. “The Velvet Fog.” Wells had written down a few phrases as cool thoughts (e.g. “folks dressed up like Eskimos”) and within an hour the pair had an unforgettable holiday song.

Stop. We’re done. No need to scroll down any further on the TV Guide machine. If you’ve never seen this flick, you’re in for a tremendous treat. Time for a riff-off! (Look closely: Ben Platt, the Tony Award-winning star of Dear Evan Hansen has a minor role; they hid him from us for most of the film).