Stupid Is As Rick Santorum Says In Washington, D.C., in New York, in Los Angeles, in Parkland, Fla., even in Rome, hundreds of thousands of people gathered for the March For Our Lives. The best counterattack the NRA could come up with, via NRAtv host Colion Noir, was to rebuke MSD activists such as David Hogg and Emma Gonzalez with, “No one would know your names” if it weren’t for the Parkland shooting.

By the way, is Emma Gonzalez not the most potent speaker Washington has seen in at least a couple of years?

America’s most famous cheerleader is a 98 year-old nun

*The judges wish to thank the great Cecil Hurt, who thought of that

Sister Jean is the easy draw when it comes to noticing Loyola of Chicago, but the 1963 national champions are returning to the Final Four because of beautiful and unselfish basketball. The Ramblers will meet Michigan, which will be their first opponent in the NCAAs that finished the season ranked in the top 10 (7th).

The Rambler backcourt of Clayton Custer and Ben Richardson have been teammates since the third grade back home in Overland Park, Kansas. And after Saturday night’s 78-62 defeat of Kansas State, Richardson, who scored a game-high 23 points, told a funny story about how a young lady at their hotel asked Custer to take a photo of her and Richardson, then asked the hero of the Ramblers’ Round of 32 win versus Tennessee, “Are you on the team?”

Custer was also the Missouri Valley Conference Player of the Year.

The Ramblers are 21-1 since January 3rd, their lone defeat coming by 2 points at Bradley. Duke lost. Senior Grayson Allen’s potential game-winner as time expired rimmed in and out, Kansas forced overtime, and then the Blue Devil anti-hero missed everything he tossed at the basket—and yes, there was some hero ball going on—until his final shot, when the outcome was already decided. He shot 3 of 13 for the game.

Most hoops fans who did not graduate from Duke will not miss Allen, a four-year player who as a freshman was Coach K’s unlikely Final Four hero. He did not finish in the all-time Duke Top 10 in Scoring or Assists, but he was someone who played college hoops whom we all knew for more than three full seasons, which is unbelievably rare these days.  Nowadays, the only college hoops people who are household names for three years are coaches.

Allen will likely be a late first-rounder and could see three teammates taken ahead of him.

This isn’t a one-and-done pro- or con- argument. And who knows how good of a pro the 6’5″ Allen will be? It’s just an acknowledgement that college basketball is better when we have recurring characters, as opposed to recurring uniforms. For that, we owe Grayson Allen a trip of, I mean a tip of, our caps. We think we learned more about Giannis Antetokounmpo last night on 60 Minutes than we did of Donald Trump and Stormy Daniels. The star of One Wild & Crazy Night detailed her one wild and crazy night with the president that occurred 11 years ago, which included a spanking—administered by her—and an observation by Trump, shortly before the banging, that she reminded him of Ivanka. Ew.

Otherwise, we were left rather empty and unsatisfied after viewing. 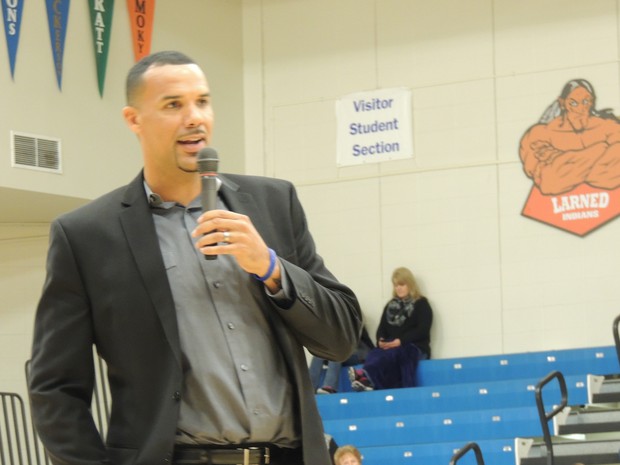 In October, former Arizona and Notre Dame hoopster Dennis Latimore became the third coach in three seasons at Chino Hills (Calif.) High School. The school hasn’t had a coaching revolving door because it cannot win: two years ago, under Steve Baik, the team went 35-0 and won the CIF state championship.

Baik left on his own accord and last year first-year coach Stephan Gilling led them to a 30-3 record. Then Gilling either left or was fired after having to deal with this type of crap.

The turbulence was always due to LaVar Ball, whose sons Lonzo, LiAngelo and LaMelo played for Chino. Before Latimore was hired LaVar went to the school administration and asked to add four players to the team. Latimore would have none of it. “I came in and my mission was to coach the team. I wasn’t going to have a parent tell me what to do,” said Latimore. “Period. Or I wasn’t going to take the job. I had that conversation with the administration. He left and moved on. Guys are united and we’re having a lot of fun.” 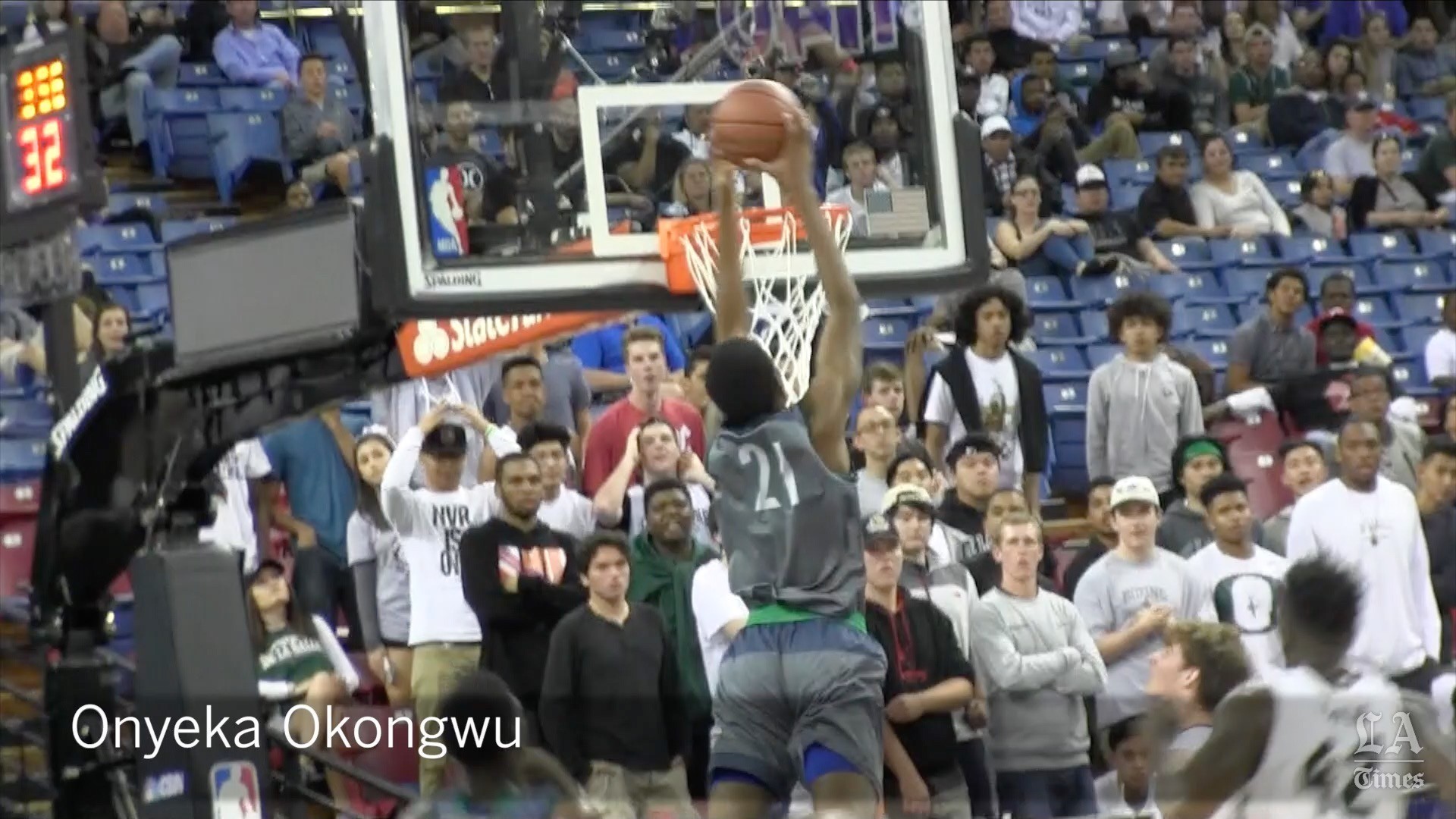 Okongwu blossomed this season, more than doubling his scoring average to 24 ppg

So LaVar pulled his last son, LaMelo, out of school and said he’d home school him and coach LaMelo himself (“I’m going to make him the best basketball player ever,” LaVar said in his Trumpian tone). LaMelo, on his way out the door, suggested someone should do a “30 for 30” on his old school, on “how it went from best to worst.”

Well, LaMelo and LaVar spent the winter in Lithuania. And last weekend Latimore led Chino Hills to the Division I state championship in three years. The team lost its best player, 6’9″ Onyeka Okongwu (27 points, 14 boards) for the final 4 minutes of its 73-68 title win over Las Lomas due to foul trouble, but as Latimore said afterward, “This team is bigger than any one player.”

By the way, if this sounds a little bit like Hoosiers (Latimore is Norman Dale, LaVar is that mean-ass dad who threatens Norman, and Okongwu is Jimmy Chitwood), it should.

Just The Way You Are

Billy Joel‘s 1978 breakout hit (No. 3 on the Billboard charts) was written in homage to his then-wife and business manager, Elizabeth Weber. Eight years later he was married to Christie Brinkley and his drummer would jokingly replace the lyric “I love you just the way you are” with “She got the house, she got the car.”

We’ve always thought of this 2014 Matt Damon flick as Cast Away in outer space. But it’s a better film. This will be followed by One Strange Rock (10 p.m., NatGeo), which is the network’s answer to the Planet Earth series (and does not star Jon Lithgow).