It’s tax season, which for many Americans is refund season. If you’re a farmer, there are a plethora of tax breaks available to you, and that’s before we even mention off-the-books payments to migrant workers. If you have children, each one of them represents a tax refund.

But what if you are fit? What if the shape in which you keep yourself contributes to your never, or rarely, having to see a physician? And because of that you are helping to keep government-funded health-care costs down? What do you get? Nothing.

Yesterday CNBC staged its first Healthy Returns: Investing in Health Care Innovation conference in New York City. At one point a female guest argued, as yours truly has many times in the past, that we’re doing health care backwards. The best possible health care is daily exercise, smart diet (which doesn’t mean maniacal: we know our way around a Hostess display), and adequate sleep.

And, because so much money is spent on health care after-the-fact each year, we wondered what would happen if the government provided inducements for us to stay fit. Simply put, we’d love to see tax breaks if, in accordance with your age and gender, you could run a 5-K or a mile within a certain time. Personally, we’d advocate the 5-K.

We could haggle over the exact times, but we’d look at what the Top 25% times are per age group in any major 5-K race. And we’d give those people tax breaks. Is running the only way to measure fitness? No, but it’s the simplest way, as it requires no outside equipment outside shoes and shorts and a top.

This country, while relatively wealthy, is morbidly obese. And obesity contributes to the number one killer of Americans: heart disease. Poor diet also plays a major role in another killer: diabetes. Comedian Michelle Wolf suggests, “I think we should change the name of Type I Diabetes and Type 2 Diabetes to Not-Your-Fault Diabetes and Mostly-Your-Fault Diabetes.” 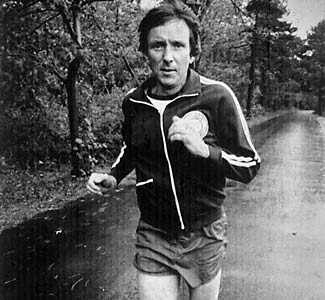 Jim Fixx wrote “The Complete Book of Running,” then died of a heart attack while on a run at age 52. We figured we’d bring up this notable exception to the rule to save you the trouble.

We received push-back on Twitter about this suggestion yesterday, people claiming that it isn’t fair. That those who could not get the tax break are being “punished.”

A few thoughts on that…

A) Since when are taxes a level playing field? I’m “punished” for not having children. Someone who earns $500,000 is disproportionately “punished” by not only paying more taxes if the rate was flat—which it is not—but by having to pay a higher percentage than someone who earns $50,000. Someone who keeps themselves in, say, the top 10% of fitness of all Americans is being “punished” because we can assure you, they are on average getting much less out of our health-care system now than the average American is.

B) It’s a tax “break,” not a penalty for others. Complaining that you’re not getting a tax break because you can’t run a 5-K in a certain time is kinda like being a UMBC student this week who, when hearing that Little Caesar’s would be distributing free pizzas, complains, “But I have class at that time!” It’s a gift! It’s not a right. There’s a difference.

C) Remember the FitBit craze? And that was just to show off your wrist-wear and compete against your friends/family? Now imagine a fitness craze for dollars. The difference is that it would have so many beneficial collateral effects. If Americans started getting in shape for that tax discount, we’d have less obesity-related illnesses. We’d also have fewer depressed Americans and a lot of people might discover a sense of self-discipline that they had never “exercised” before. As a whole, we’d be a more fit country and our health-care system would be less, um, taxed.

Before you got there, OF COURSE being able to run a 5-K in good time is not going to make you immune from Parkinson’s Disease or cancer or a whole host of other illnesses. No one is suggesting that (Spoiler Alert: We all die in the end). But as a population we would be much healthier and as a tax base we’d be spending less money on health care.

Now someone might say, This is unfair to the disabled or I can’t run any more because I had a knee replacement and this is unfair to me. Answer: You’re damn right it is unfair to you. Just like the government spending disproportionately on your health needs may be unfair to those Americans (yes, “of us”) who have never cost our country a dime in health care.

But the idea of the tax break is not to punish those who cannot do the 5-K in a certain time. It’s to reward those who are able to and better yet, it’s to motivate those who might be able to if they simply altered their lifestyles.

Spend some time around runners who do sub-7 minute miles. You’ll notice they are uncommonly healthy.

How much of a tax break would it be? We don’t know. The point is, when it comes to income taxes, Americans are not treated equally when it comes to how much they earn, how much property they own, whether or not they’re farmers, or parents. And yet, we are all treated the same when it comes to how we take care of our bodies, even though our failure to do so means that our health-care system is needlessly overburdened. Oh, and let’s not even go down the opioid crisis rabbit hole, which is related to Americans recovering from surgeries, etc.

If America were induced to be more fit, we’d all save money. And we’d all be better off physically, financially, even spiritually. You are your primary-care provider. The government should reward you for doing an outstanding job.

Mireille Knoll was a nine year-old girl living in Paris in 1942 when invading German forces rounded up her and other Jews and sent them off to Auschwitz. Unlike many of her fellow Parisian Jews, Knoll survived the death camp.

Last week Knoll, 85, was fatally stabbed (11 times)  by two young men (one, a neighbor) who apparently targeted her because she is Jewish. What a world we live in.

We liked this psychoanalysis of the president as espoused by Tony Atamanuik.

5. It Always Comes Back To Seinfeld

“A young woman’s journey from Flatbush to Flatiron?” pic.twitter.com/v6C46CwABy

This is the Hart family. Parents Jennifer and Sarah and five of their six adopted children. The other day their SUV was found upside down at the bottom of a cliff off Highway I, on rocky shores of the Pacific Ocean, a hundred or so miles north of San Francisco. The mothers and three of the children were found dead and the other three are missing. 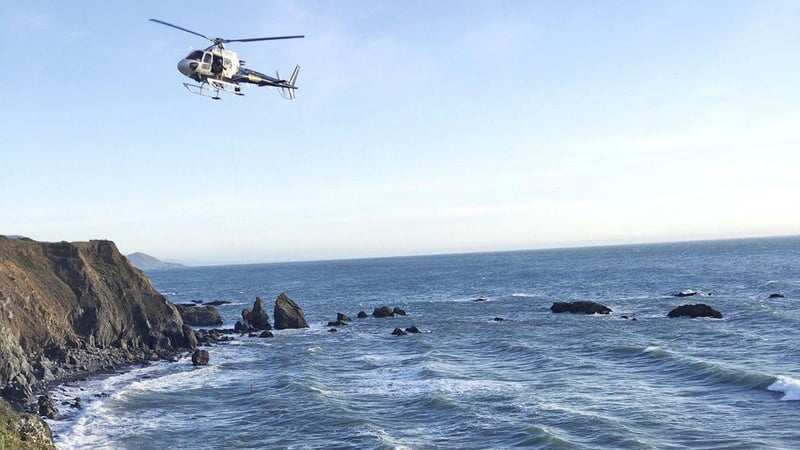 There were no skid marks as the SUV went 75 feet off road before Thelma & Louse-ing into   the abyss. The New York Times has disturbing news about the way the children were being raised, just recently. And the boy in the hat is the same lad whose photo of him hugging a police officer in Oregon went viral a few years back.

Adam Ant: New Wave pop star or adjective, or both? 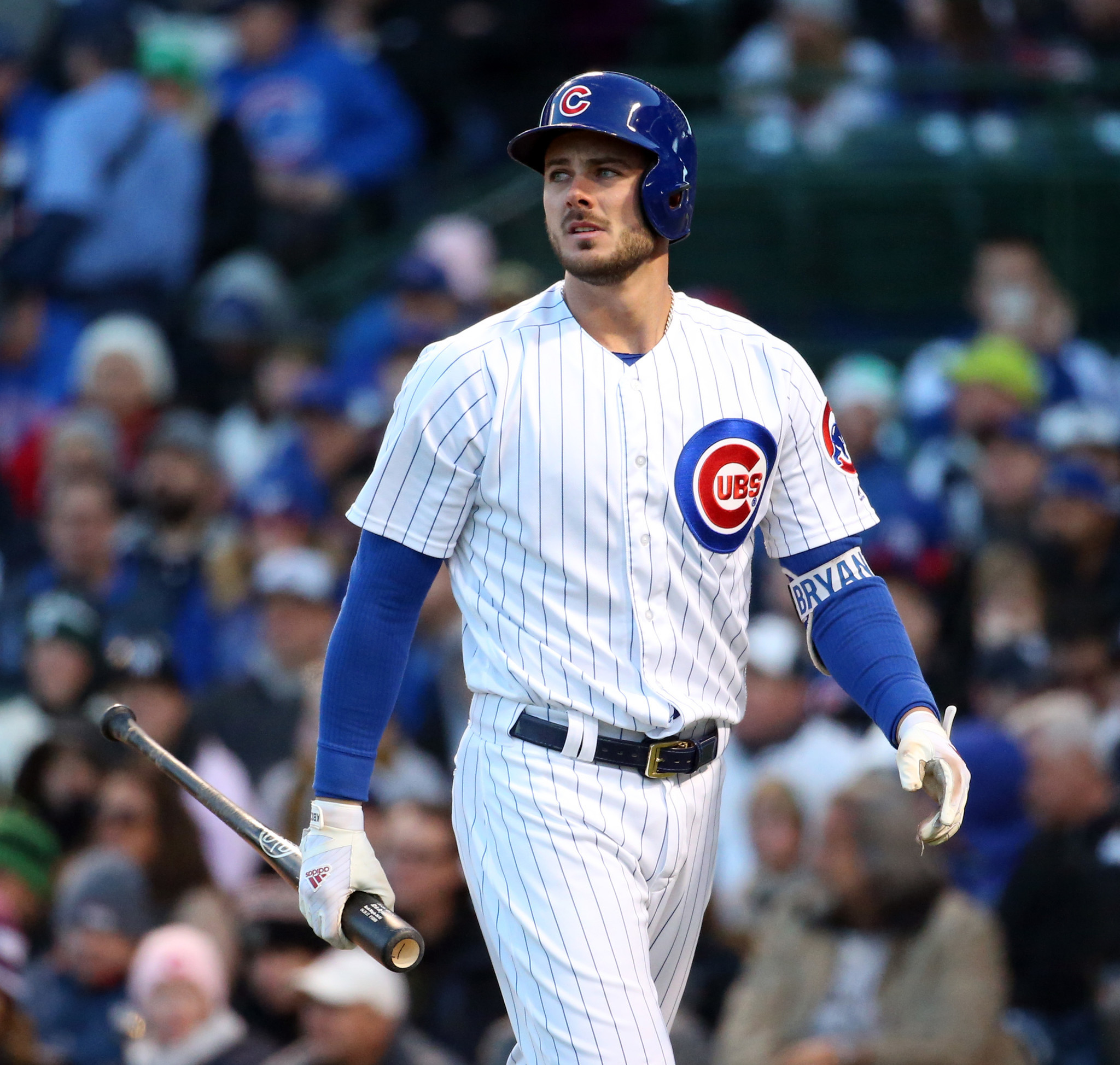 It’s good to be Kris Bryant