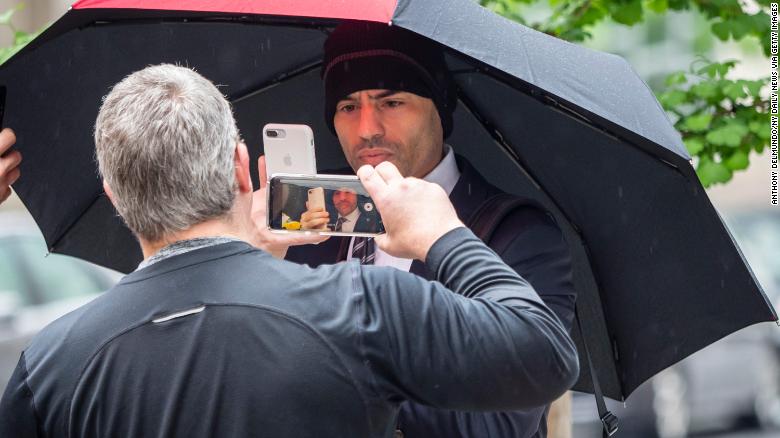 Just The Tip of the Schlossberg

Two days ago Manhattan attorney Aaron Schlossberg went to a nearby eatery to pick up lunch and the next thing everyone knew he became an episode of Black Mirror.

Schlossberg went viral for a plethora of reasons, one of which is that he embodies white male privilege (no one posts videos of black men in Manhattan barking racist or sexist diatribes, but if you live here…). The other is that, as the YouTube search bears out, he has quite the history of hostile encounters with fellow New Yorkers. He’s as much a rageaholic as he is a racist.

And yet yesterday we found ourselves defending him on Twitter. Not what he had to say, but his right to say it. In New York a Dominican-born State Democrat, Adriano Espaillat, filed a grievance (presumably in English) against Schlossberg with the court system. He was joined by the Bronx borough president, a fellow Democrat named Ruben Diaz, Jr.

“We are sending this grievance to say that you cannot engage in xenophobia, bigotry, hate and get away with it,” said Espaillat. “Such behavior should never be tolerated.”

I’m sorry. You can get away with it and you should. Mr. Schlossberg was not speaking in an official capacity. I mean, imagine if he were the president and in an official meeting referred to those two Mexican employees as “animals.” Anyway, dislike what he said if you like, but defend his right to say it.

(We’ve lived in NYC nearly 30 years. Of course Schlossberg overreacts and is a complete jerk here. But as to the central point, he’s correct: you walk on busy NYC sidewalks the same way you drive, which is to say you stay to the right. Doesn’t mean he was justified in behaving like a jerk, but the man posting this video was not observing proper NYC sidewalk etiquette.)

Why? Because the First Amendment is not here to protect you for those times when you utter compliments (“Nice shirt, have you lost weight?”). It’s for when you say things that people, sometimes a majority of people, vehemently disagree with. And if you libel or slander a particular person, the law provides for pay back.

But when you say something that the majority of people within a certain vicinity strongly oppose (Mr. Schlossberg is probably already being asked to be a guest speaker at Liberty University) and based solely on the grounds that they don’t like it, they want to censor you? F___ that.

We understand the immigration (we’re sorry, ILLEGAL IMMIGRATION issue) issue is a third-rail topic. Truth gets lost in all the emotion. As a New Yorker who works daily with Mexicans and Mexican-Americans, I’m proud to work alongside them and more than a little aware of what great co-workers and people almost all of them are. They’re the engine behind any successful restaurant. But I’ll also defend Mr. Schlossberg’s right to be an arrogant and MAGA-esque jerk. 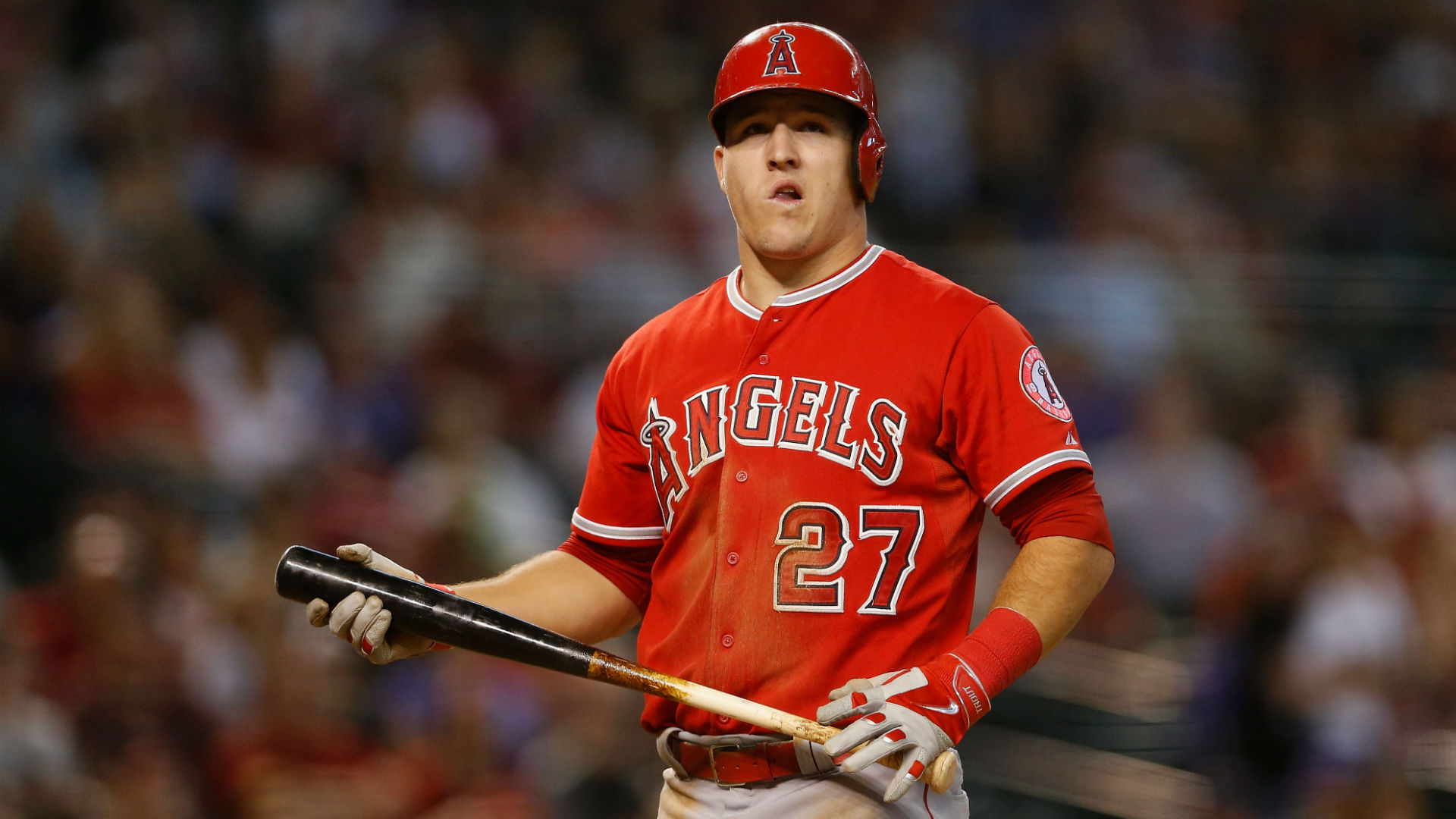 Yesterday afternoon we were scrolling through ESPN mobile on our phone to see what time the Yankees would play (they didn’t??? That’s 4 straight nights without a final score?) when we came upon this headline that incited an involuntary shudder: “Mike Trout Is On Pace For the Greatest Season In MLB History.”

But then we read that Trout went 0-4 last night and is mired in an 0-fer-19 slump, the longest hitless streak in his career.

So which is it: Yanni? Or Laurel?

FWIW: Trout is batting .290 and is not in the A.L. top five in home runs, RBI or batting average. He is not having the greatest season in Angel history, much less MLB, and you may argue that teammate Shohei Ohtani is having a better season. So what does this say about the WAR stat?

The French recently passed a law in which people may now be fined as much as $885 for wolf-whistling at or cat-calling members of either sex on the street. So be careful how you hail that taxi on the Champs Elysees, mon ami. 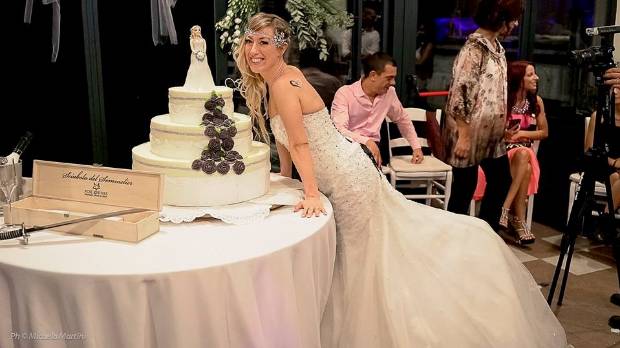 Oh, but that wedding night….

In the United States, fertility rates fell to a record low for a second straight year (alas, not on the UWS, where double-wide strollers are still a scourge). Meanwhile in Italy, an attractive young woman has married herself

(The “til death do us part” part will be easy, but the fidelity part may be a challenge). It was a good run (and also a horrific one what with the genocide and the impaling and the slavery and the forced circumcisions, etc.), humanity, but I’m all for going extinct and ceding the planet to the wild creatures. A least they’ll take care of it better than we have. 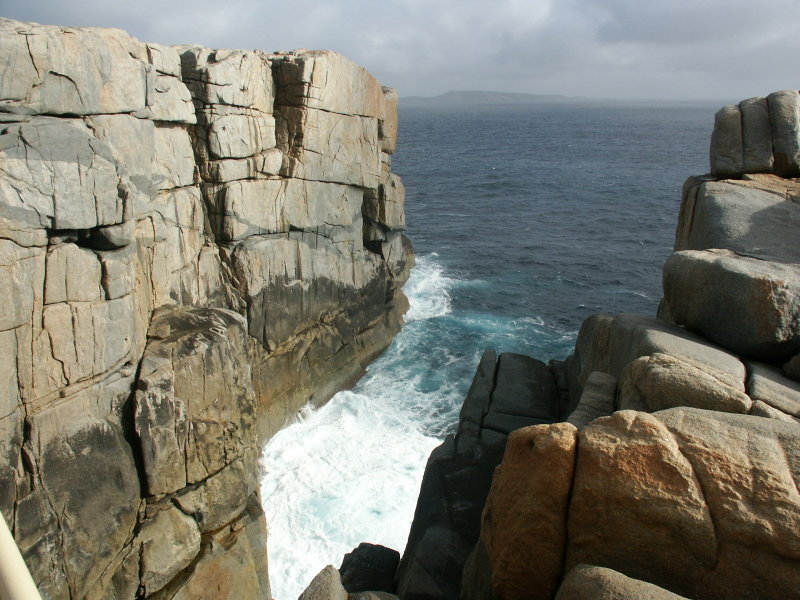 In western Australia, a 20 year-old Australian man died when he attempted to take a selfie atop this popular tourist stop, known as The Gap. He slipped and fell 40 meters and was washed out to sea. As you can see below, there is a man-made bridge that juts out from the plateau so that tourists may take wonderful photos, but this young man made the fatal mistake of wanting to make it a little more risky.

Okay, I probably shouldn’t go here, but I saw a tweet or two this morning on the Schlossberg Affair and without naming names or providing tweets, I wanted to address it.

To begin, I think I’m pretty well established here as someone who for nine summers has worked alongside Mexicans and Mexican-Americans (some documented, some not) and that I hold them in the highest regard as co-workers and friends. And here is the reason I say that: because while there are many racists who are doing the “I’m going to call ICE on you!” rant, and while Schlossberg may well likely be one of these people, the illegal immigration issue is not simply one of Racists vs. Non-Racists.

The same people who consume a non-stop diet of Chris Hayes/Rachel Maddow/Lawrence O’Donnell (and why didn’t he like Jed Bartlet, his own son, anyway? I love Jed Bartlet, but that may be because we attended the same university) and basically bow their heads whenever the term “Constitution” or “rule of law” is uttered are more than happy to look the other way whenever it is pointed out that people are entering the U.S.A. illegally.

Can you have compassion for them? Of course. Might the laws be relaxed? Certainly. Do Mexican and other Latino migrant workers make this economy go? From everything I’ve read, yes. Is cracking down on illegal immigration just a wet kiss to Dumb White America so that they won’t blame Wealthy White America for eliminating their jobs? Probably.

But with all that said, illegal immigration is still exactly that. As soon as this subject comes up, fierce Constitutionalists and “Rule of Law” types get all weepy and emotional and “They’re separating children from their families!” and if you dare ask why people should be allowed to enter this country illegally, you’re called a “Racist.”

That’s what the women in this tweet did this morning. And I know for a fact that she lives in one of the wealthiest communities in the U.S.A., one in which I’m certain the population is either White or NBA star/retiree or Movie Mogul. And so I wonder how this issue ever personally affects her.

It’s totally cool to believe that the immigration laws should be changed. It’s even true that many people believe the racist garbage that Trump spews and support him because of it. But it is possible to want to wade into the illegal immigration issue without being a racist. And the moment people like her decide that you can’t be inquisitive about it without being a racist, all you’re doing is ignoring the issue in favor of an ad homimen attack.

What I’d really love to do is camp out on her front yard until she calls the cops to have me removed, at which point I’ll call her a racist.

Gershon Kingsley originally recorded the version you hear above in 1969 on a Moog synthesizer (later popularized by the Moody Blues and Emerson, Lake and Palmer) but three years later a band named Hot Butter came along and turned this into an international hit. No one knows who was in the band Hot Butter, which is probably for the best for everyone involved.

The Wolf of Wall Street

We’ll admit, we’ve never seen this, and we’re not especially dying to, and at 4 hours here there’s probably a commercial immediately after every sexist joke, but we thought we’d at least alert you to it.