At the World Cup in Russia, Spain, Portugal and the top two players in the world, Messi and Ronaldo, who happen to play professionally in Spain, are knocked out in one landmark weekend. And somehow Russia defeats Spain, the 2010 WC champs.

The Fresh King of Bel Air

*The judges will also accept “Le Le Lend” and “You’re Dead To Susie B.”

The Lakers have tried insta-dynasties before. When Wilt joined a squad that already had Elgin Baylor and Jerry West…When Karl  Malone and Gary Payton joined one that already had Kobe Bryant, and when Dwight Howard and Steve Nash did the same with Kobe.

All of those incarnations, which included a Hall of Famer joining the Lakers well into his 30s, produced one NBA championship. You can argue that I’m omitting Kareem Abdul-Jabbar from this list, but his Lakers never made the NBA Finals (four seasons) until Magic Johnson was drafted.

LeBron James turns 34 during next season. He’s not old and/or arthritic yet. The problem with these Lakers is that they still cannot shoot the 3 with the Warriors or Rockets. We’ll see, kids. We’ll see.

No one asked, but I really thought LeBron should’ve joined the Browns as a tight end… 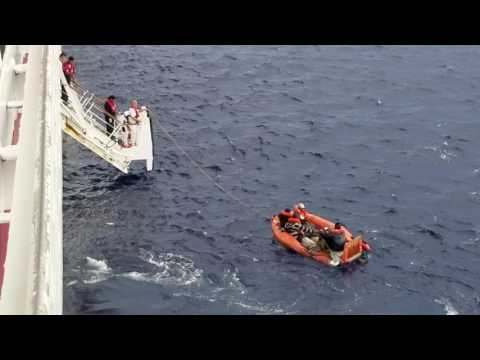 This is both a true story and the entire plot of Open Water 3: At 3:20 p.m. Saturday a 33 year-old crew member on the Norwegian Getaway fell overboard in the Caribbean, north of Cuba. The man, whose name has not been released, treaded water for 22 hours until, on Sunday at 1:20 p.m., he was spotted by a crewmember from another cruise ship, the Carnival Glory.

How did the sharks miss such an easy mark? is just one of many questions I have, as well as When did Rob Konrad begin working for Carnival?

This is natural selection at work. Looks like a lot of land-based mammals got a free pass in the ocean this weekend.

BREAKING: The Thai boys’ soccer team has been found alive in the cave complex. That’s one way to get a free trip to the World Cup final.

They were trapped for nine days. Book, movie, royalties. These kids are set, particularly if they survived by eating their coach….

This early Steely Dan tune was written by Donald Fagen and Walter Becker but sung by neither: David Palmer, who would soon leave the band. One reason neither Becker nor Fagen did lead vocals is that neither wanted the song on their album, Can’t Buy A Thrill. ABC Records execs insisted. It would later make the band’s Greatest Hits album.

The Brits have looked better with Harry Kane leading the squad. Best they’ve looked in a long, long time. But Colombia is strong. The 10 a.m. match is Switzerland versus Sweden because we can’t have both of them in this tourney too much longer.