A message from your President @realDonaldTrump on Independence Day pic.twitter.com/O2PwZqO0cs

S’tat You On The Statue?

Beginning around 3 p.m. yesterday, the Fourth of July, Therese Okoumo began scaling the outside of the Statue of Liberty on one of its busiest days of the year. Okoumo, who did so as a protest of this administration’s immigration policies, made it past the base and to the bottom of Lady Liberty’s robe. That’s when, after a 3-hour standoff, police finally nabbed her.

The NYPD neither shot nor Tase’d Okoumo, who is black, so as a nation, look at us! Making progress.

Georgia’s starting quarterback, Jake Fromm, who led the Dawgs to within a couple plays of the national championship last January as a true freshman, breaks his left (non-throwing) hand in a 4th of July wake boarding accident. Oops. You gotta be woke when you wake.

That was not smart, thinks Kirby. A reminder that Fromm Wally Pipped a five-star Dawg starter last September, Jacob Eason, who has since transferred to Washington (he’s a Seattle native). And Georgia has a true freshman in camp this summer, Justin Fields, a Peachtree State native like Fromm, who was considered the NUMBER ONE quarterback recruit in the nation last winter (and No. 2 overall player). Could get interesting in Athens this August.

In January we made Bitcoin Investment Trust (GBTC) our MH Stock Pick of the Year. Then by late June it was down to one-third of its New Year’s Day value and we raised the white flag, conceded defeat. Then of course of Monday the stock rose 20% in one day.

So the question, independent of whether or not you believe Bitcoin is ultimately a fraud, is, Can you still make money on Bitcoin and How? By buying long or short-selling? On July 2nd, the same day GBTC was spiking 20%, CNBC ran a story in which Jordan Bellfort, the shamed Wolf of Wall Street, advised investors to avoid Bitcoin at all costs because he of all people knows a scam when he sees one. “Get out of Bitcoin if you don’t want to lose all of your money,” said Bellfort, echoing the admonitions of Warren Buffet and Charlie Munger.

Bellfort talked about the principle that made him rich, the “Greater Fools” theory. That theory says that it’s fine to buy a worthless stock as long as you can find a greater fool who will pay more for it than you did. Our rejoinder to that is that Bitcoin has come down so far from its December highs that it will either ultimately vanish altogether or rebound. So where do you place your bet on either of those two outcomes.

The hard-core Bitcoin proponents, and these are men who wear suits and have big Wall Street jobs (and of course, also, the Winklevi) promise that Bitcoin will be up 300% by the end of the year. Surely, they’re wrong. But what if they’re right? Name another equity that’s going to give you a 300% return in the next 6 months. 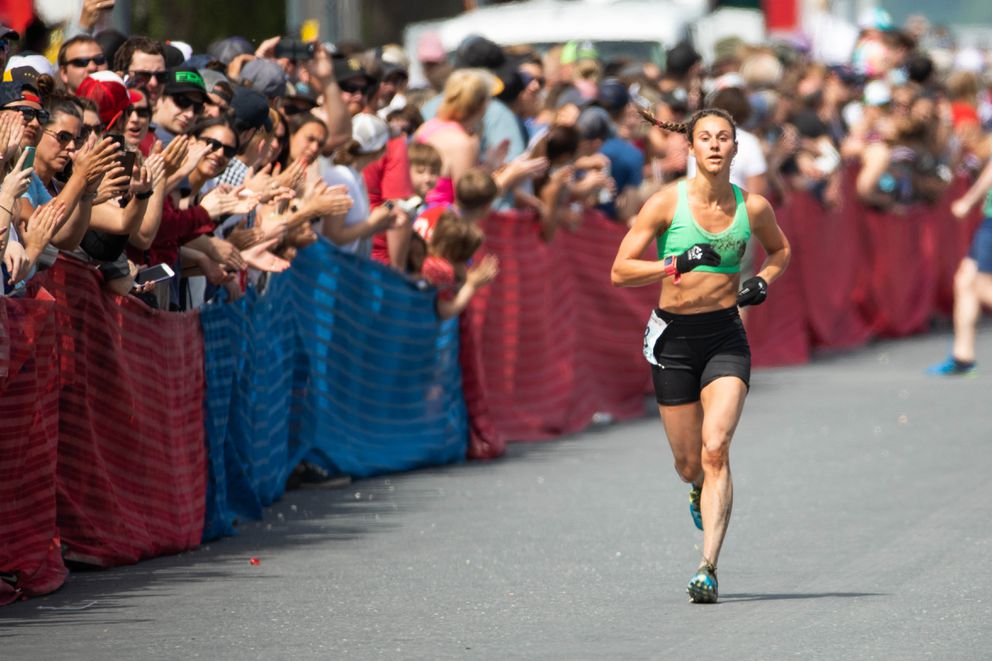 Jessica Yeaton, an Australian Nordic skier who lives in Anchorage, was the first female up-and-down in the annual Mount Marathon 5-K in Seward, Alaska, yesterday. It was her first time scaling the mountain. David Norris was the men’s champion, his second win in the past three years. Neither broke the course record. 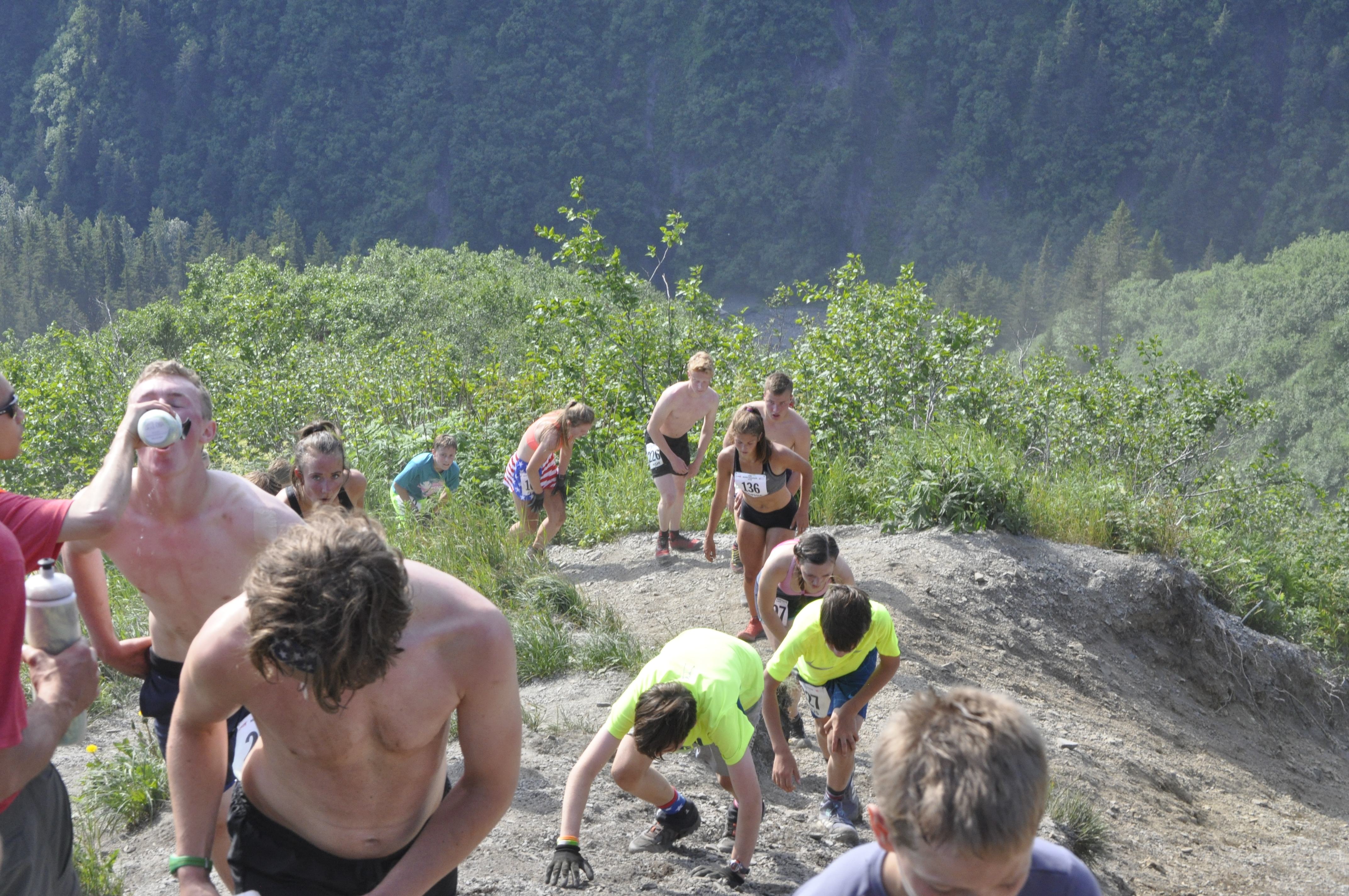 Denali Foldager-Strabel, whom we mentioned yesterday here, finished in 2nd place, :30 behind Yeaton. We are assuming Allie Ostrander, defending women’s champ, did not enter.

*The judges have dismissed “Jailbird” as “too easy.”

A snowy owl showed up at the Riker’s Island jail in New York City on Sunday (it’s that jail you see as your plane is landing/taking off at LaGuardia, and yes, we are sorry you had to fly into/out of LaGuardia). The best part is that the owl, whom staffers have named Lorax, was captured and is now, I guess you can say, incarcerated until officials release it to a rehab center—a halfway house!— in New Jersey before ultimately releasing it back into the general population.

The bird is understandably upset, as it wishes to assert its white privilege and not be confined with other known talons.

I’ve Got The Music In Me

A year later Kiki Dee would become better-known to Americans as half of a duet with the world-famous Elton John for “Don’t Go Breaking My Heart,” but here she is fronting the Kiki Dee Band for a tune that would hit No. 12 on the Billboard chart in October of 1974. Dee, real name Pauline Matthews, was born and raised in Yorkshire, England.

As a kid in the Tri-State area, Channel 9 (WOR) used to air a Saturday night movie show called “Creature Feature.” They’d air old Hollywood horror films, which is where I first saw this classic, which scared me as a five year-old but will probably seem hilarious now. Besides, back then I was too young to appreciate the mid-Fifties symbolism of The Blob being the “Red Scare.” I guess you could remake it now to be viewed as the “Red-State Scare.”