This would be funnier if it were not indeed true.

Mark Twain famously said (almost everything he said he said famously) that “a lie can travel halfway around the world while the truth is putting on its shoes.” By the way, can you imagine a parlor in which the only three people are Mark Twain, Oscar Wilde and Winston Churchill (oh, and LaVar Ball)? Also, heady stuff from a dude whose own name was a lie. 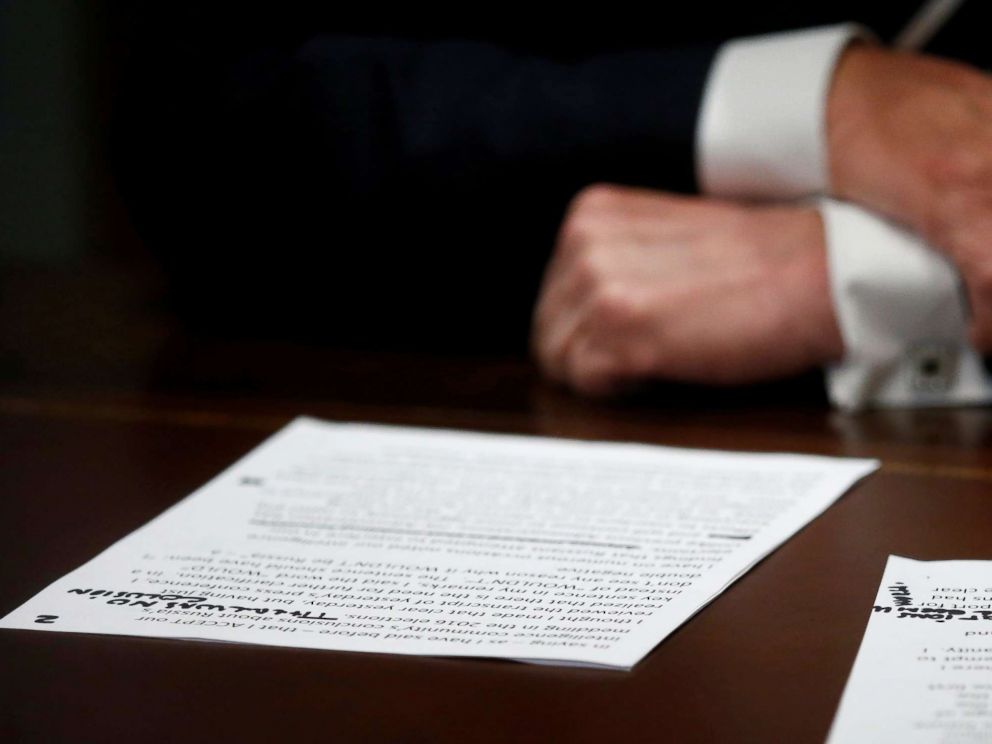 But we digress. Donald Trump’s lie (would/wouldn’t) traveled halfway around the world but it took 27 hours, which is the gap in time from whence he said, “I don’t see any reason why it would be” to “I don’t see any reason why it wouldn’t be.” So outrageously and comical inept and odious is this president that we don’t even have time to go deep into the fact that he said this while holding a sheet of paper on which he had written, in black Sharpie, “NO COLUSION.” (sic)

Isn’t it crazy that the GOP has to decide everyday if they are going to protect the country or themselves and they keep picking themselves?

Anyway, Mr. Trump’s Fantastic Fib (“I’m just glad he clarified it,” said Marco Rubio) and the lack of fallout from Congress underscores one simple fact: Tom Brokaw needs to write a sequel to The Greatest Generation and title it The Lamest Generation. It should include profiles of men such as Trump, Mitch McConnell, Paul Ryan, Mike Pence, and all the rest who do the bidding of white fascism at the expense of liberty.

We need to add: Last night it was leaked that both former CIA director John Brennan and former FBI director James Comey, before inauguration day, briefed Trump on the fact that both agencies had concluded and had proof that Russia hacked the election. Which is to say that for 18 months now Trump has been lying about knowing whether Russia hacked the election. And the GOP-led Congress reacts to this with a “meh.”

Fear of the loss of white supremacy is a powerful drug, we guess. 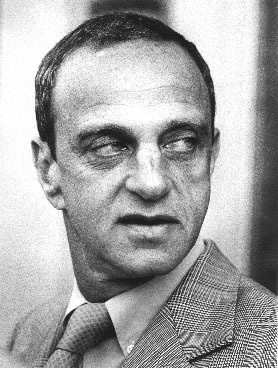 There also needs to be a film about Roy Cohn, the U.S. attorney whose two proteges, Joseph McCarthy and Donald Trump, espoused polar opposite views while each inflicting America with mass hysteria that caused unfathomable damage.

Let’s begin with Senator McCarthy. Cohn, who was McCarthy’s chief counsel, was the button-pusher and master manipulator behind the Red Scare of the 1950s. Nothing ever came of it in terms of actual damage to the United States from the Communists, but you may recall a small country in southeast Asia that cost 68,000 American lives a decade later. One wonders if our government would have been so spooked by the “Commie threat” if Cohn hadn’t pushed McCarthy to pursue his own witch hunt crusade. 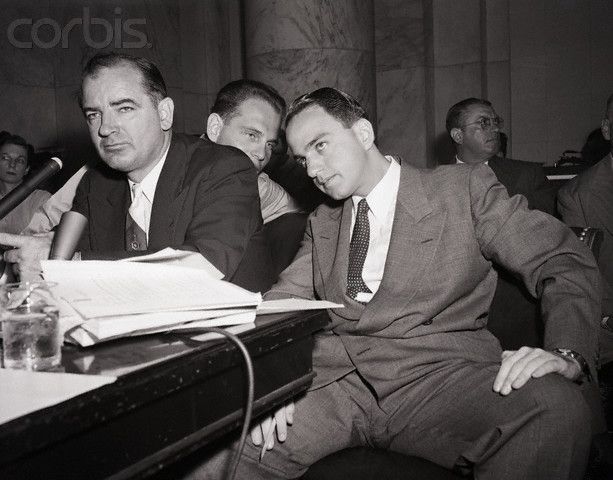 As Vietnam was ending, and Donald Trump was not attending, Cohn got his hooks into the burgeoning real-estate mogul from Queens and taught him all his tricks. And so here we are, more than 60 years after the apex of McCarthyism, with Trump pushing the line that the Russians and Vladimir Putin are our friends. Which is kind of the exact opposite of what McCarthy said. The only common link is to scare undereducated (white) Americans and instill in them a paranoia.

What’s funny about this is that Cohn spent his entire adult life as a closeted homosexual. No better way to keep folks from poking at the skeletons in one’s closet than to imagine skeletons in theirs and scream about it. In a 2008 profile of Cohn in The New Yorker, author Jeffrey Toobin quotes Roger Stone as saying, “Roy Cohn was not gay. He was a man who liked having sex with men.”

That’s the kind of doublespeak for which The Worst Wing has become famous.

3. There Are No Negroes In Montenegro

The map, to assist an utterly incompetent president who would never be able to find it on one on his own

In an interview with Tucker Carlson of Fox News on Tuesday, Donald Trump referred to Montenegro, which has a population the size of Vermont (approx. 600,000) and a land area the size of Connecticut, “a tiny country” filled with “very aggressive people.” Jeez, what would you call New Jersey, then?

Trump continued on Montenegro, which was admitted into NATO last year, “They may get aggressive, and, congratulations, you’re in World War III.” Now, to be fair, World War I did begin after an otherwise historically insignificant figure (and popular British band about 14 summers ago) was assassinated, causing Austria to declare war on Serbia, in which Russia declared was in turn on Austria, in which turn Germany declared was on Russia, in which turn France, England and the U.S.A. declared war on Germany. Even Australia got involved. Japan, too, and they were on our side.

When we sang, “Take me out,” we didn’t mean literally….

However, the difference here is that NATO was created post-World War II so that Russia, the Big, Bad Wolf of Europe, wouldn’t begin picking off tiny countries such as, I dunno, Ukraine. And two years ago Montenegro accused Russia of plotting an election-day coup to assassinate its then-prime minister in order to install a pro-Moscow politician who would reverse course on NATO membership (remember, Montenegro only joined NATO last year, AFTER this election). The plot failed and, oh, by the way, can you imagine Russia attempting something so nefarious?!? Influencing the outcome of another country’s elections?

So now here’s Trump whining about the inconvenience of defending Montenegro should Russia attack it, literally. The MH staff reads (and puts out) a lot of tweets, but the one that caught our eyes yesterday was one in which the tweep noted how Trump attacks the European Union and NATO and lavishes nothing but praise on Putin. And the tweep drew the conclusion that this is bigger than just Russia maybe having something on Trump. This is about, in a joint strategy shared by Russia and Trump (and his nuttiest supporters) a global movement toward white-supremacist fascism. That’s the big picture outcome which they are pursuing.*

*The staff has Trump On The Brain this morning. We don’t apologize, but we do acknowledge it.

North Carolina football coach Larry Fedora sauced up somnolent ACC media days yesterday when he uttered the following: “It hasn’t been definitively proven that football causes CTE, but the fact that the connection has been made has impacted how people view the sport.”

You bet your ass he doubled down: “”The game is safer than it’s ever been.”

So you have a man in power who denies obvious scientific conclusions while making hyperbolic statements without merit. Sound like anyone you know?

And, yeah, he also said that he spoke to a military general who concluded that you can draw a direct line between U.S. military supremacy on the globe and the fact that we are the only nation that plays football (we’re not), but then how come Canada isn’t more of an international military force? And how do you explain that entire Vietnam quagmire thing? Were the Vietcong running a no-huddle Tet offense?

Does this Studio City, Calif., home that is currently on the market (asking price: $1.8 million) look familiar to you? It should. It’s the home where Mike, Carol, Greg, Marcia, Peter, Jan, Bobby and Cindy Brady once lived. And Alice, too.

Here’s the bizarre part: It’s only, in reality, a two-bedroom house.

One wonders: Can current Californians afford a $1.8 million home on an architect’s salary with the wife staying at home? Never mind the live-in maid and the six hungry mouths.

ESPN, the network that three years ago handed Caitlyn/Bruce Jenner a Courage Award, last night put all of Larry Nassar’s sexual abuse victims from Michigan State on stage and self-proclaimed the moment as “powerful.’ And then the next day Mike Tirico hosted The Golf Channel’s coverage of The British Open. Potato, potahto harassment, her-ass-meant.

By the way, just for perspective’s sake, this is tantamount to putting all of Harvey Weinstein’s victims on stage at the Oscars. How would that have gone over, I wonder?

Originally written an released by the Canadian The Original Caste in 1969, it was covered by Coven in 1971 and re-released for the film Billy Jack. For those Arizonans reading this, yes, that is the Prescott town square.

All Day The Golf Channel