I have to finish this other assignment while I’m on this other great assignment and/or here are the nine pieces I wrote this month are the worst writer humble brags.

A few people with whom we once worked send out these types of tweets regularly. Here’s a subtle nudge to them to maybe stop doing that (and, no, we never worked with Will Leitch but he tweets these out all the time, too). Look! Another rich, older white guy behaving like a creep. Who knew!?!

Will CBS Soon Be Less Moonves? Actress/writer Illeana Douglas claims that when she spurned Moonves’ advances, her career suffered.

For the record, here’s the story. Six women have come forward and accused him of sexual harassment. Here’s the money graf:

Six women who had professional dealings with him told me that, between the nineteen-eighties and the late aughts, Moonves sexually harassed them. Four described forcible touching or kissing during business meetings, in what they said appeared to be a practiced routine. Two told me that Moonves physically intimidated them or threatened to derail their careers. All said that he became cold or hostile after they rejected his advances, and that they believed their careers suffered as a result. 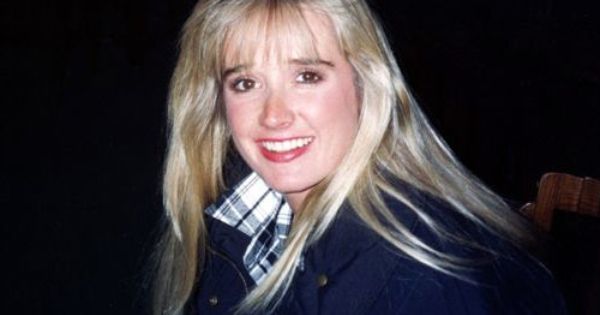 Is Kim Richards (Paris Hilton’s aunt), the “Kim” who was a “former child actress” to whom Farrow refers only by first name?

Here’s the meat of Moonves’ response:

I recognize that there were times decades ago when I may have made some women uncomfortable by making advances. Those were mistakes, and I regret them immensely. But I always understood and respected — and abided by the principle — that ‘no’ means ‘no,’ and I have never misused my position to harm or hinder anyone’s career. Did Les put the moves on Cagney? Or Lacey? Farrow’s story strongly implies he did.

Thinking that the CBS board will meet today and take those two sentences to mean that Moonves is copping to the accusations. The last sentence is meaningless. Moonves, 68, may be out by the time you read this. He’ll certainly be out before CBS reports earnings Thursday.

Jeff Fager, executive producer of 60 Minutes, is also portrayed as quite the scumbag (but not as bad as Moonves).

The Braves would still win, 4-1 (Newcomb’s reliever gave up an RBI base hit to Manny Machado), but soon after someone plumbing six year-old tweets of Newcomb found he’d used a few gay slurs back when he was in high school.

Please. We get it. Homophobic slurs and racist slurs have no place in society blah blah blah. They don’t. I’m not sure we want to play “This Is Your Life” with every athlete/celeb who licks fame, though, do we?

It was wrong. Newcomb owned up to it and apologized. Let’s move on, shall we?

We never quite understood why Xavier Prep alum Meghan McCain was on TV. Yes, we know who her dad is. And she’s bright enough. But it always seemed to us that her role on The View was to be the Republican in the room whom Whoopi Goldberg and Joy Behar could actually stomach.

On Friday, McCain, 33, said something that almost anyone else on TV would have been fired, at the least bit reprimanded, for. Here it is:

Meghan McCain: “I call her crooked Hillary. ‘Cause I hate Hillary Clinton as everyone here knows.” pic.twitter.com/ylDFA8jPfe

Correct us if we’re wrong, but has any host of any CNN or MSNBC program come right out and said on television, “I hate Donald Trump.” A host, not a guest? If so, please tell us. We don’t think anyone has and we imagine if they did so they’d be properly pilloried by the GOP.

It’s just another example of the double standard we currently live under. A CNN reporter, Kaitlyn Collins, can be prohibited from attending a White House media event because she had the temerity to ask the president a question as he was leaving a room (V.P. Mike Pence: “The administration believes in the freedom of the press…but maintaining the decorum that is due at the White House (Ha!)”). But it’s okay for Meghan McCain to say that she HATES Hillary Clinton, who by the way has never been indicted for anything, nor have any of her aides, and who unlike President Trump did sit for 11 uninterrupted hours of congressional hearings.

We understand that McCain’s father is terminally ill. That is sad. But she has always behaved and dressed a little like a spoiled little girl, the Veruca Salt of political pundits. This latest outburst is not a surprise. 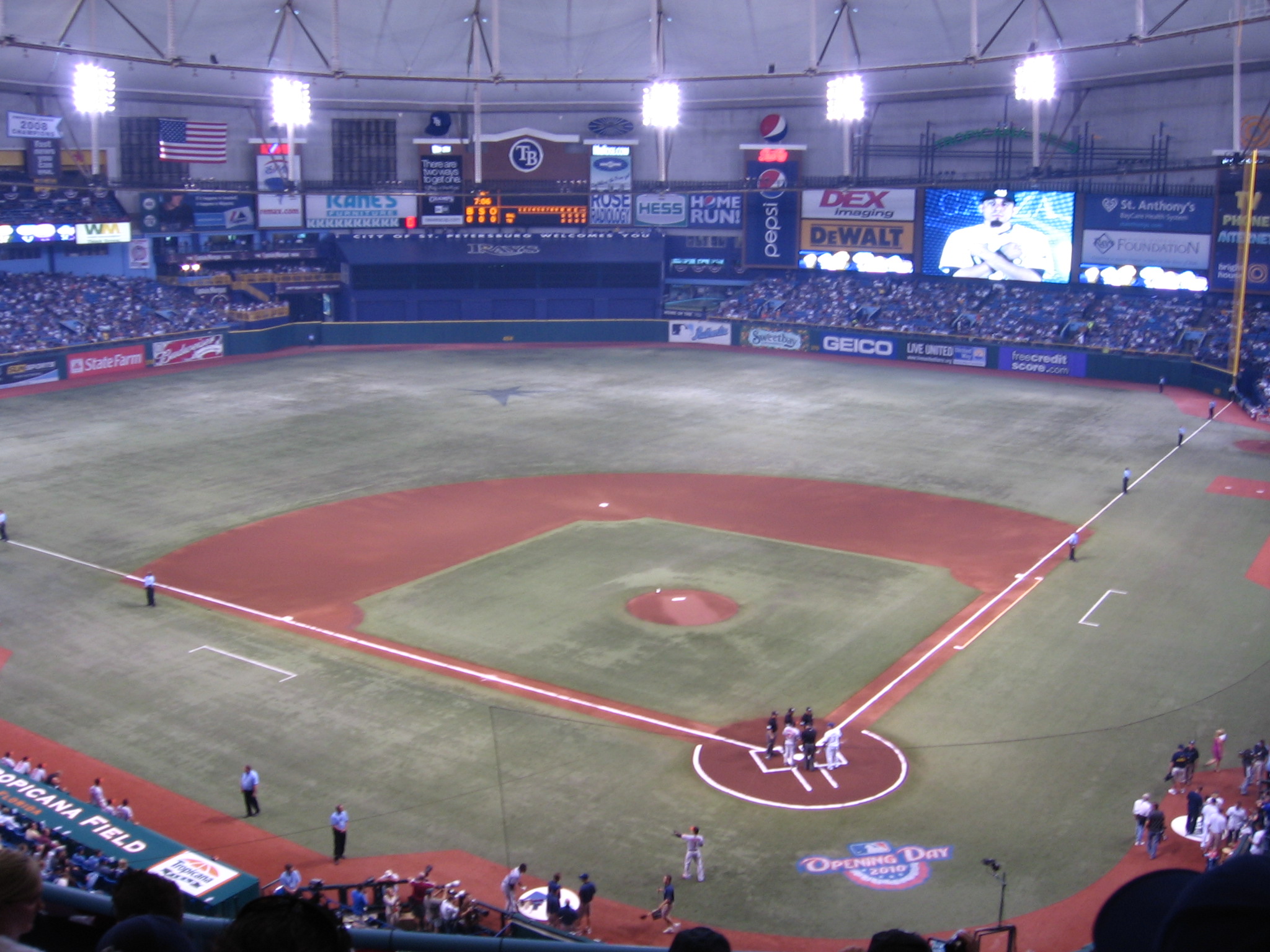 Tropicana Field: The 8th Blunder of the World

The Tampa Bay Rays (53-53) are not a bad team. They’ve beaten the Yankees five of the last six times the two teams have played, and we don’t know any other outfit that can say that. But their ballpark, domed Tropicana Field, is awful (and located not close to the Tampa metro area; it’s actually across a long bridge and in St. Petersburg).

We checked. Between 2012 and 2017 the Rays finished DEAD LAST in attendance in Major League Baseball every single season. This year, and in 2011, they were second-to-last. You have to go back to 2010 to find a season in which the Rays finished 28th or higher, and that’s only two years removed from when they advanced to the World Series (yes, the Rays, er, Devil Rays, played in the World Series in 2008; we’d forgotten, too).

So let’s suggest that the Rays should move. And let’s further suggest that they migrate to a state that currently does not have a Major League Baseball franchise. Here are our top five suggestions:

Reasons: Portland is just a beautiful city, particularly in the summer. And this quadrant of the country is least represented. Nashville is also a terrific town and was fourth in minor-league attendance last year. Indy was first overall in minor-league attendance and the only reason it’s not No. 1 for us is that there are already seven franchises within a 6-hour drive from Indy at the moment. Salt Lake City would provide a beautiful backdrop, i.e., the Wasatch Range, and this is another part of the country that is under-represented. Finally, the Duke City would provide the vista of the Sandia Crest behind the stadium and maybe everyone in town would stop cooking, selling and taking meth all summer long if they had a better diversion than the Albuquerque Isotopes minor-league team.

Portland: Lovely in the summer. Yes, there’ll be a few rainouts.

Dig: If you relocate Tampa to Portland, you move the franchise to the A.L. West, put Texas or Houston in the  A.L. Central, and move Cleveland (or Detroit) to the A.L. East. Problem solved.

Turns out the Hamburglar is not the most sinister crook associated with McDonald’s (and it’s not Ray Kroc, either, though that’s more debatable). We only clicked on to this story from The Daily Beast after a number of recommendations on Twitter. It’s good. Take 15-20 minutes if you can spare it (maybe shut down your Twitter window).

We are not rap aficionados, so take this for what it’s worth: Naughty By Nature is the best rap group we know of. At least they’re our favorite because they have two hits that are just impossible to not jam to (this one borrows heavily from another song from another African-American group that also has three letters in its title: “ABC” by the Jackson Five).

The less said about the subject matter, the better. Phyllis still occasionally reads this. Just to say that if you are down with O.P.P., that’s a good way to incite a brother to bust a cap in your ass. 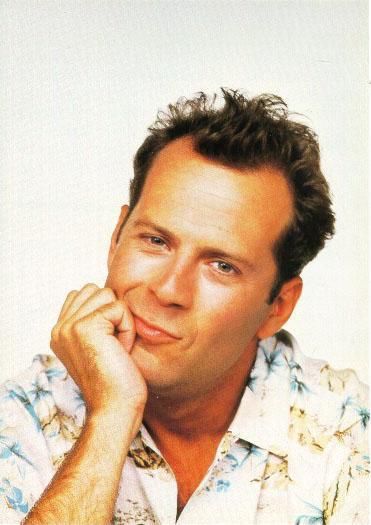 Is there enough material to work with here? Do bears bear, do bees be?